Goldman Sachs to close London operations of internal hedge fund FT. Said not to be linked to Brexit (?).

A rash of invisible, fileless malware is infecting banks around the globe Ars Technica

Estonia ‘not afraid’ to be on Nato frontline, president says FT. Estonia to Putin and Trump: “Let’s you and him fight!”

16 Fake News Stories Reporters Have Run Since Trump Won The Federalist. This is not unserious, say readers.

Poll: Trump More Widely Trusted Than News Media New York Magazine. As the punchline of the old joke goes: “I just have to run faster than you.”

Why is the FBI outsourcing some of its high-tech work to an Israeli company? McClatchy

Trump Administration May Use Executive Authority To Tweak Obamacare’s Rules HuffPo. “Today, premiums for the old can be only three times as high as premiums for the young, which is what the Affordable Care Act stipulates. According to sources privy to HHS discussions with insurers, officials would argue that since 3.49 ’rounds down” to three, the change would still comply with the statute.”

House Democrats seize on anti-Trump strategy Politico. “Democratic aides say they will eventually shift to a positive economic message that Rust Belt Democrats can run on. But for now, aides say, the focus is on slaying the giant and proving to the voters who sent Trump into the White House why his policies will fail.” Rather like St Augustine: “O Lord, help me to be pure, but not yet!” I wonder what the Outreach Chair for Senate Democrats thinks about this…

A centrist is addressing House Democrats, and progressives are furious WaPo. “[Adam Green, co-founder of the Progressive Change Campaign Committee] questioned why no progressive organizing groups were invited to address Democrats. He said his group asked for a role in the retreat after it learned Third Way would be represented but was told by organizers that it was too late.” After? Why after?

Rural Americans felt abandoned by Democrats in 2016, so they abandoned them back. Can the party fix it? WaPo. Note the particularities of how WaPo reifies (acceptable forms of) “the resistance.”

From the Cold War to Clinton: How Liberals and Conservatives Have Separated Race From Class In These Times

DeVos Was Inevitable Inside Higher Ed

Why Stop At Rosie? ‘SNL’ Should Have Women Play Trump’s Entire Administration HuffPo. I’m not sure the math of “The Party of Women” works for Democrats, especially given that 53% of women voted for Trump, but I guess we’ll find out.

Intel chief reveals $7bn push on US manufacturing FT and Trump is 2nd president to tout unfinished Intel factory Boston Globe. If Trump is perceived to have delivered on jobs, much will be forgiven him.

Holy Warriors Against the Welfare State The Baffler (DG). DG: “Western Michigan has a peculiar history, even for the Great Lakes States. Again, though, the issues are complicated. As this article notes, the destructions of unions, which has led to the decline in income and restriction of the availability of health insurance, may be the foremost issue. And where are the Democrats?”

Donald Trump, Middle-School President Andrew Rosenthal, NYT. A pitch-perfect rendition of what it means to be “a front-row kid,” in Chris Arnade’s formulation.

What Steve Bannon Wants You to Read Politico

There’s a simple legal reason Trump is probably going to get away with his conflicts of interest Quartz. Standing, as urged by Jeri-Lynn on January 24.

A Short History of the Trump Family LRB (J-LS). As Boswell quoted Dr. Johnson: “Sir, I love a good hater.”

We Can’t Think of Society As Similar to the Market: Pankaj Mishra The Wire

The Future of Labor pt. I — Keynes Medium

The World as Representation The Archdruid Report 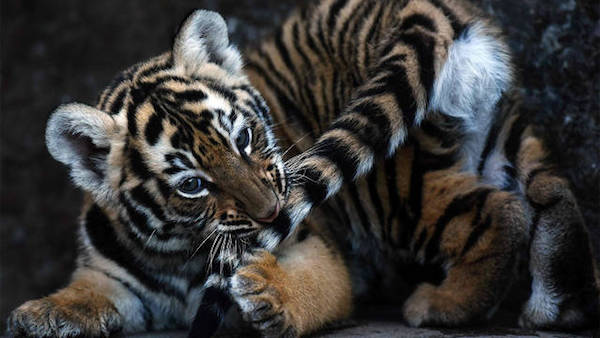