‘Oldest record of life on Earth’ found in Quebec CTV. In the Nuvvuagittuq Greenstone Belt…

The Ignored Lessons of the Financial Crisis Verso

Is Hong Kong awash with fake wines? We seek expert knowledge South China Morning Post (J-LS). It’s a bezzle! Pass the parcel, boys! Because life is like a tin of sardines….

China’s coal consumption keeps plummeting, down for 3rd year in a row Mining.com

Some 2,500 Americans Have Died in Afghanistan and Iraq Under Obama Rolling Stone. Thanks, Obama!

‘Banned from our own lives’: intellectuals mourn the Turkey that once was The Conversation (J-LS).

Police say they were ‘authorized by McDonald’s’ to arrest protesters, suit claims Guardian

A software engineer is detained for several hours by U.S. Customs — and given a test to prove he’s an engineer CNBC (CL).

Engineered to fail: Are IT recruits untrainable because they cheat in college? The Scroll (J-LS).

The Only Concrete Takeaway From Trump’s Speech: Medicaid Is Doomed The Intercept. Not clear how they’ll sell that to a desperate flyover base, though.

Achieving Universal Coverage Without Turning to a Single Payer JAMA. An enforced mandate to purchase a defective product. A sure-fire political winner!

Democrats Need to Respond to Trump’s Narrative about Solving American Disinvestment emptywheel. But Russia though.

Trump Promised to be The Infrastructure President. Just Not For One of America’s Strongest Economic Regions. Medium

Sessions met with Russian envoy twice last year, encounters he later did not disclose WaPo. Parsing the story carefully for what was and was not disclosed, two questions were posed to Sessions regarding his “encounters” with the Russki’s Ambassador (!). The second question (paragraph nine) is from Patrick Leahy in Sessions’ confirmation hearing before the Senate Judiciary Committee on January 10, and it looks to me like Sessions’ qualified answer creates at best a “he said”/”she said” situation. The first question, from Al Franken at the same hearing (paragraph two), is not quoted, so it’s not possible, from the story alone, to know whether Sessions answered accurately or not. As usual, on charges of wrong-doing, wake me when there are named sources with evidence. (The Democrat agenda, of course, is to get Sessions to recuse himself from whatever investigative proceedings take place.)

Jeff Sessions failed to disclose Russian ambassador meetings FT. The FT doesn’t quote either question that Sessions is supposed to have answered falsely, but includes this material on the nature of the “encounters”:

Mr Sessions’ meetings with each of the foreign diplomats focused on bilateral relations, including any outstanding issues between the two countries. “Ambassadors would often make superficial comments about election-related news, but it was not the substance of their discussion,” said a DoJ official.

In July Mr Sessions spoke at the Heritage Foundation event to a group of more than 50 ambassadors. Following his speech, “a small group of ambassadors approached the senator as he was leaving the stage,” the DoJ official said. “He spoke to them while they stood together as a group.”

Some of the diplomats thanked Mr Sessions for his comments and invited him to various events. “He made no commitments,” the official said.

Where there’s a damp squib, there’s no fire? I guess we’ll find out. Personally, I find it suspicious that Sessions didn’t punch the Russian Ambassador in the face. That’s what a red-blooded Democrat would have done. (There’s a WSJ story on this, but it’s a rehash.)

Former MI6 agent Christopher Steele’s frustration as FBI sat on Donald Trump Russia file for months Independent. “Exclusive: Steele was so concerned by revelations he worked without payment after Trump’s election victory in November.” Some exclusive. Steele couldn’t even sell his product to a rube like Jebbie, the $250 million man, before the election. So now a business failure in oppo (!!) becomes a proof of integrity? Coffee’s for closers only….

In Confirmation Lovefest, Senators Tell Future Spy Chief He May Be Too Nice for the Trump Administration The Intercept

Trump’s trade shake-up: why the US is taking aim at the WTO FT

Democratic Last Resorts: The Recall Option The New Yorker. Yet another scheme to change the rules that assumes the can-opener of institutional power that Democrats have squandered under Obama. And “last resort” is quite telling, isn’t it? Idea: Appealing candidates with a platform that provisions universal benefits for all, especially the working class. Worked for two generations after FDR!

Donald Trump and the mansion that no one wanted. Then came a Russian fertilizer king McClatchy. This is a day or two old, but I’m including this as an example of reporting as opposed to access journalism (see above).

I’m Renting a Dog? Bloomberg. If you want a friend in Washington, rent a dog.

The Right to Be Poor Philosophy Now (MT).

In praise of cash Aeon. “[Cash] still a great public good.” Exactly why it’s important to destroy it!

I am an Uber survivor. Medium (allan). 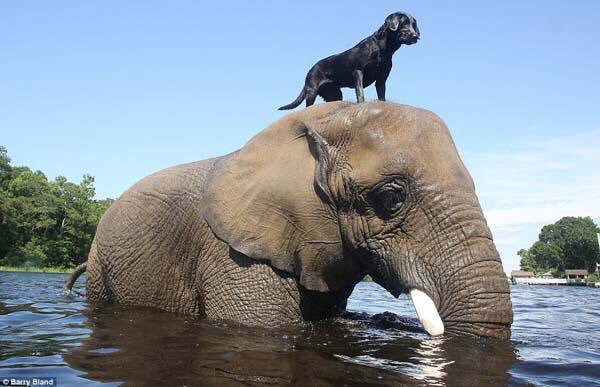