Yves here. Do not ever fly Delta if you have a choice. I have over a million miles on American, meaning I have spent a lot of time on airplanes. Prior to this year, I’ve had a grand total of 5 flights cancelled on me, including one due to the famed Iceland volcano in 2010. I’m now up to a lifetime total of 7 due to two cancellations on my only two round trip flights on Delta this year.

One was the famed January system outage. The one yesterday Delta tried blaming on weather, but I suspect they cancelled it because they deemed the plane (a regional jet which runs LGA to BHM round trip) not to be booked enough to bother running all the round trips today, particularly since I was automatically rebooked on a flight through Atlanta not much later, but instead made them rebook me for the same nonstop flight Friday…normally a busy day…and I got the same seat I had, a window way towards the front, when the further forward seats usually fill up first.

Beyond Monsanto’s GMO Cotton: Why Consumers Need to Care What We Wear Organic Consumers (Glenn F)

Japan returns to inflation for first time since 2015 Financial Times

Eurozone inflation hits 2% for first time in four years Financial Times. However: “The eurozone’s core inflation measure however, which strips out volatile energy and food prices, remained unchanged at 0.9 per cent and has remained stubbornly below 1 per cent since August 2013.

German Citizens in Favor of Grexit Handelblatt. From last week.

Thousands of Labour members quit over Corbyn leadership The Times

The rats are starting to jump ship in Fillon’s presidential campaign: Bruno Le Maire (another pompous right-wing candidate who lost to Fillon in the primary) has bailed from his campaign team, and Georges Fenech, a LR “sarkozyste” (loyal to former president Nicolas Sarkozy) is now advocating for Alain Juppé (former government minister, mayor of Bordeaux, smart, more moderate than Fillon) to be a candidate. Juppé said in the wake of the LR primary, and again when the Fillon scandal began, that he was done with this election, but who knows. I think the primary was a big disappointment for him.

This is happening because it has emerged that François Fillon, the right-wing candidate (LR, Les Républicains) is to be summoned on March 15 before judges for a “mise en examen” (interrogation, questioning). He is furious and looked rather desperate during a press conference March 1, insisting he will not drop out of the race. Yeah, we’ll see about that. His party, to judge from the grim faces in attendance, might be getting fed up. Fillon is claiming loudly that this is a political “assassination” by judges (the context here is François Hollande’s socialist government currently in power, as if the judges were biased or following orders). Such accusations have caused much offense and tainted Fillon’s credibility.

LE COMPTEUR DES LÂCHEURS DE FILLON Liberation. Alison: “Libération (a daily newspaper/website that has leaned left but is very mainstream) has set up a list to keep track of people who bail on Fillon.”

Erdogan wants a proxy war with the US? Sic Semper Tyrannis (Chuck L)

How Google Street View Images Reveal the Demographic Makeup of the U.S. MIT Technology Review (David L). Yet another reason not to own a car.

THE DIRTY SECRET BEHIND THE JEFF SESSIONS MESS Vanity Fair. “It’s hard to avoid the sense that Washington is losing its mind.” When you’ve lost Vanity Fair…

Trump’s Energy Policy: America First, Climate Last? Bruegel. Let us not forget Obama got on board with climate pacts awfully late in the game.

How the Press Serves the Deep State ConsortiumNews (Sid S)

Wake Up, Republicans: This Could Be the Democrats’ Tea Party Politico (UserFriendly)

This Far-Right Tweet About “The Future That Liberals Want” Backfired Into A Huge Meme Buzzfeed (Chuck L). Original shot looks to have been taken/staged on the Lex line.

WHY DO WE HAVE “FREE TRADE” FOR TELEVISIONS, BUT NOT FOR CORN? JSTOR (Micael)

An Open Letter to the Michigan Civil Rights Commission on Their Report: “Systemic Racism Through the Lens of Flint” Black Agenda Report (martha r)

Be sure to read the entire thread:

Chatted with a big-shop PE guy. Key takeways 1) B/c of IRR incentives they sell winners prematurely and keep losers as long as possible.

Competition for private-equity deals heats up Economist (DO)

Wells under pressure as shareholders turn spotlight on board Financial Times. About time.

How To Fine-Tune Your Bullshit Detector FastCodeDesign (Joe H). Circulate widely. Of course, the problem is the people who most need to read this probably won’t.

Drugs are Cheap: Why Do We Let Governments Make Them Expensive? Dean Baker, CEPR (martha r)

Sheldon Adelson lost his first fight with a union. Will it have a domino effect?
Guardian. Martha r: “A bit old but still good news.”

Healthcare Workers Proclaim ‘Sanctuary Union’, Push for Medicare for All in California Counterpunch. The wee problem is that generous social safety nets and weak immigration controls don’t mix well politically. And while I don’t pretend to have a good answer to how to sort through what to do about the many types of illegal immigrants, my suspicion is that this is very much a “devil is in the details” problem when the topic is so charged that the various interested parties are even less receptive to wonkery than usual. The fact is that being an illegal immigrant isn’t good for them, since it makes them prime targets for exploitation of all sorts. But the counter-argument is that many have been here so long that they have nowhere to go.

In praise of cash aeon (JMM). Lambert ran this yesterday, but wanted to make sure you didn’t miss it. Key section:

The cashless society – which more accurately should be called the bank-payments society – is often presented as an inevitability, an outcome of ‘natural progress’. This claim is either naïve or disingenuous. Any future cashless bank-payments society will be the outcome of a deliberate war on cash waged by an alliance of three elite groups with deep interests in seeing it emerge. 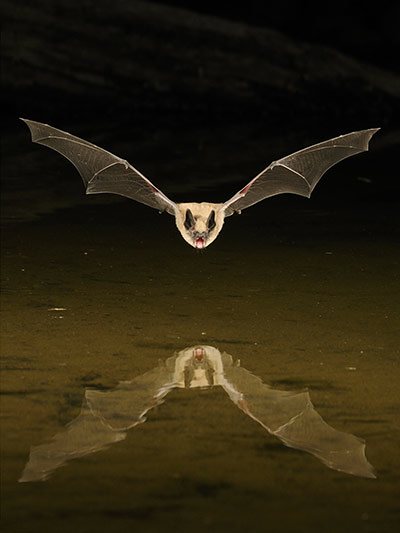