The Dark Secret at the Heart of AI MIT Technology Review (Chuck L). Not smart to be deliberately incubating Skynet. What if a self driving car gets road rage? They’d presumably be better at it than a person.

Giant viruses found in Austrian sewage fuel debate over potential fourth domain of life Science (martha r). Look at what we grew in the sewage!

A New, More Rigorous Study Confirms: The More You Use Facebook, the Worse You Feel Harvard Business Review (resilc)

Ecuadorians Reject Neoliberalism in Presidential Race New Economic Perspectives. Funny that the MSM didn’t report on this. This means Assange still has a refuge in London.

Johnson stung over sanctions against Russia The Times

Who’s Playing The Long Game–and What’s Their Game Plan? Charles Hugh Smith (Chuck L). He overstates some of his points. Stuff like “The Neocon camp has also ordered its media arm–the corporate-owned mainstream media– to go into full attack mode” is cringe-making. But if you discount the hyperbole, there is some good stuff in here.

The relentless push to add connectivity to home gadgets is creating dangerous side effects that figure to get even worse. MIT Technology Review (martha r)

After Bragging About His Electoral College Win Again, Trump Gets Booed Crooks and Liars

Gabbard: ‘We need to learn from Iraq’ The Hill (resilc)

Liberal leaders call for challenge to Gabbard over Syria skepticism CNN. Oliver: “I must confess I had not heard of Ms Gabbard before now, but she seem very rational. CNN’s performance during this interview is well, what can I say.”

How Algorithms and Authoritarianism Created a Corporate Nightmare at United Global Guerillas (Chuck L). Note the plane was not overbooked, so point that out wherever you see someone getting that wrong. However, the guys who dragged the passenger off the plane do not appear to be “airport police,” as in being sworn in with specific authority under local municipal rules. Per the Financial Times: “The Chicago department of aviation, whose security staff were used to remove the passenger…”

“The Fundamental Problems of the Financial Crisis Are Still with Us” Finanz und Wirtschaft. Interview with Raghuram Rajan, one of the few Serious Economists to warn all was not well before the crisis. Joe Costello: “Gets more than many, but phew…”

I Was a Whistleblower. The Fed Is Not Doing Enough to Fix Wall Street’s Culture of Fear ProMarket

Antidote du jour. From the winners of the Sony World Photography Awards (Scott): 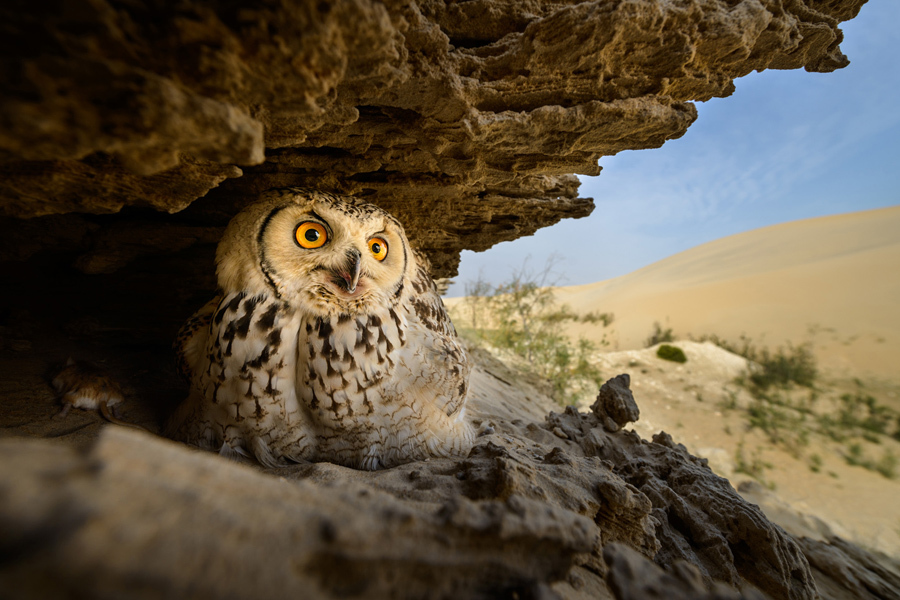 And a bonus video. A bit leisurely, but I get a kick out of the feisty Shetland pony.