The IRS took millions from innocent people because of how they managed their bank accounts, inspector general finds WaPo (Furzy Mouse). Between Wells Fargo and the IRS, it looks like the only safe place for your money is a coffee can buried in the back yard. That should boost the economy!

Pompeo Likens Wikileaks’ Release of CIA’s Hacking Tools to Philip Agee emptywheel. Read to the end, which is more interesting than the headline.

US Drops Most Powerful Non-Nuclear Bomb in Afghanistan Military.com

MOAB, the largest non-nuclear bomb ever used by the US military, explained VOX (DK).

Don’t Start a New Cold War Over Syria The American Conservative. The view from Cato.

The Case for Engaging North Korea The Diplomat

Noodles, Not Nukes: Many in South Korea Ignore Tensions US News

Can the US Be Reassured by China’s Quiet Compliance With Court Ruling at Scarborough Shoal? The Diplomat

McConnell: Trump ‘learning the job’ The Hill. With friends like these…

The astonishing reinvention of Donald Trump Edward Luce, FT. Everything is a trade…

The Brilliant Incoherence of Trump’s Foreign Policy The Atlantic

Trump’s base turns on him Politico

The Democratic party is undermining Bernie Sanders-style candidates Guardian. Film at 11. For those of you who like podcasts, “This is Hell!” has a fine interview with a suitably gobsmacked Thomas Frank, who concludes:

The Democratic Party represents a class. It is a class party, and they act on that class’s behalf and they act in that class’s interests and they serve that class. And they have adopted all the tastes and manners and ideology… It’s just that class is not the working class. It’s not the middle class. It’s the professional class – affluent, white-collar elites. They can’t see what they’re doing. This is invisible to them, because it’s who they are.

Trump’s threat prompts Democrats to play hardball over Obamacare payments WaPo. So the Democrats are “fighting” to make sure heatlh insurers get paid. But #MedicareForAll? “Never, ever.”

Looking To The Future Of The US Military Health System Health Affairs. Paper (PDF) Bipartisan Policy Center (BPC). Lots of red flags, including partial funding from the austerity mavens at the Peterson Foundation, and the committee personnel (Panetta, Shalala, Domenici), as well as policy nudges toward privatization.

White House finalizes ACA rule to strengthen individual market Modern Healthcare. Worse but not as bad as insurers would like it to be.

United offers to compensate passengers on Flight 3411 CNN. Original email to passengers offered a voucher in exchange for “releasing” United from lawsuits. United later walked this back.

United apologizes — again — after attorney describes dragged passenger’s injuries LA Times. A lawyer for passenger Dao, “[Tom] Demetrio had a hand in winning several large settlements over the years, including a $1-billion class action settlement of concussion litigation against the NFL and NHL.” More on the same press conference from the Louisville Courier-Journal.

Towards Democratic Regulation of the Airline Industry Matt Stoller, Medium

This economist had the simple solution to United’s debacle — in 1968 MarketWatch. Breaking up the airline monopolies is simple, too. At least conceptually…

‘Thought Leaders’ and the Plutocrats Who Love Them The Nation (Furzy Mouse).

Careful with it, mkay? 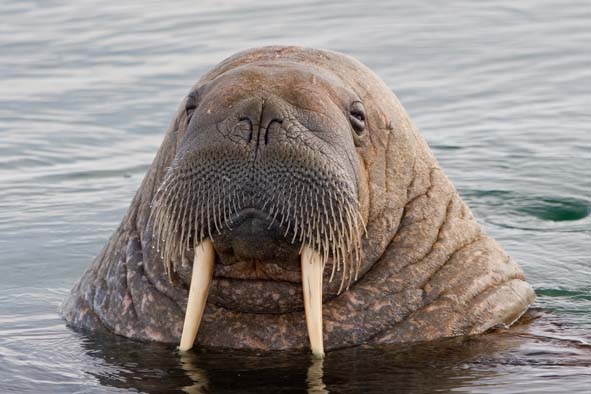