The mass trespass that opened the gates of the countryside New Statesman. Today marks the 85th anniversary of the Kinder Scott Mass Trespass. Celebrate by taking a walk, preferably in the countryside.

Dennis Skinner: Theresa May called an election because of Tory fraud investigation I News

Why Brexit will bring a boom in lobbying The Conversation

The stupid reason that larger clothes fit so badly Quartz

Why Do We Want a Cooperative Relationship With Russia? The American Conservative

You Brought This Dystopian Panopticon On Yourselves, Goldmanites Dealbreaker. While it’s hard to feel too sorry for the Vampire Squid’s employees, this sounds horrible.

Why an American went to Cuba for cancer care BBC

Marine Le Pen Is In A Much Deeper Hole Than Trump Ever Was FiveThirtyEight. Nate Silver weighs in.

Macron and Le Pen Fight for the French Presidency and the Definition of Patriotism The Intercept. Curiously clueless on the economic issues, reminding me of how the MSM missed both the Brexit vote and tried to dismiss all Trump supporters in the run-up to the election as motivated by racism.

Made-in-China aircraft carrier is readied for launch SCMP. Lambert: “Who cares if the sitting duck is black or white”?

Germany may be booming, but have some been left behind? Al Jazeera

Stats of The Week: Not All Biglaw Firms Publicly Sad To See Legal Services For The Poor Eliminated Above the Law

Poll: The Democratic Party Is In Deep Trouble Moon of Alabama

Kathryn Bigelow, Hillary Clinton, and Virtual Reality Join Forces to Save the Elephants Vanity Fair. Am I the only one who reads this headline ironically: w/ HRC and Hollywood joining to save the symbol of the GOP? And at the Tribeca Film Festival no less!

Trump voters don’t have buyer’s remorse. But some Hillary Clinton voters do. WaPo

Little Creep National Review. More piling on poor, poor Chelsea Clinton.  For those who find sharp political invective upsetting, skip this. For what it’s worth, I think it’s going to be hard to roll out Clinton 3.0 when the CC name is rapidly becoming a punch line. (And you Premiership fans know what immediately springs to this Arsenal supporter’s mind whenever Chelsea is mentioned.)

Trump will ramp up action on executive orders this week: reports The Hill

Antidote du jour. Not the best picture, but one of my favorite birds: seeing one always makes me smile. I leave it to readers to identify it and where it’s found: 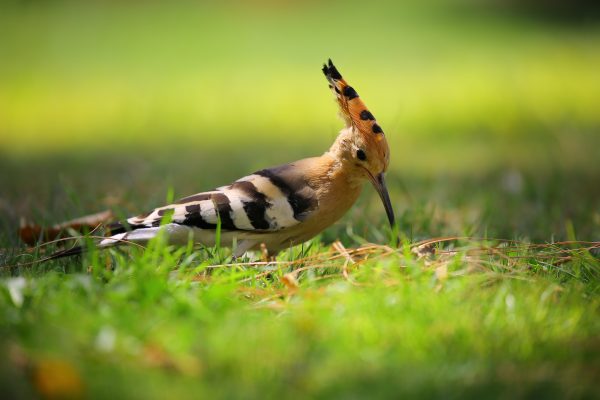