This Photographer Photographs Farm Animal Like No One Else Bored Panda

A new nerd resource, courtesy guurst: Lexicty: The first and only comprehensive index for ancient language resources on the internet.

Behold the New Vantablack 2.0, the Art Material So Black It Eats Lasers and Flattens Reality ArtNet (Robert H). This is totally cool. But I am waiting for this to be outlawed. Makeup in Vantablack, strategically applied, would defeat face recognition software. Of course there are more elaborate options out now I don’t see used much/at all.

Soon you’ll be able to make payments using WhatsApp in India Mashable. Help me. Jerri-Lynn has discussed long-form how the hype is ahead of reality, given low cell phone penetration, as well as to poor connectivity even in major cities like Calcutta, plus erratic electricity outside big cities.

Bloomberg’s Hit Job on Venezuela – and Me Counterpunch. Eek. But Hudson unfortunately got the journalistic rules wrong. A conversation is on the record unless you say no. You don’t get to see the context in which a quote is used in the piece before it runs. The most you might be able to negotiate is to get them to agree to approve any quotes they use for you for accuracy or to say the discussion is on background but you’ll consider letting them put certain quotes on the record if they run them by you in writing for approval. It is sadly common for reporters to cherry pick what a source tells them to advance a story line. For instance, Neil Barofsky was particularly unhappy with how the New York Times reported an interview with him.

On The EU & Brexit Cassandra. Vlade found this post from Cassandra, who was an insightful regular during the crisis but has gone quiet since then. Even though it’s from February, it has some great observations. My fave, in response to a reader saying “Worse, it has become clear that the power driving the new EU Nation would be centred on Berlin and Frankfurt with its Admin Centres in Brussels and Strasbourg so as to save face for the French.”:

I appreciate there some British suspicion and jealousy exists. But to me as a detached American observer, living in Britain with a European Passport, it appears that the neutral Belgians got the Senior Admin, the French got the Parliament (some spillover bens to Germany), the Dutch got the judiciary, the Danes got the Environment, the Germans took the ECB, & the Brits got The City as the central Financial & Insurance capital, AS WELL AS the Euro equiv of the FDA.

This is already causing political waves in CZ, where most of the comments on the news sites are along the lines “so we see, a different justice for EU immigrants and for the UK bullies” + a strong wish to get the UK “punished”. This comes from population which up till now was rather positively skewed towards the UK. So unless a VERY good explanation would be coming from the UK shortly (which I doubt), UK just made an enemy from a former friend. Given that the Visegrad 4 (CZ, Slovakia, Poland + Hungary) now with UK out of the EU have blocking minority, and that Poles and Slovaks are already upset with the UK, this doesn’t bode well for any Brexit deal.

The truth about Brexit Absolute Return Partners (Scott). Got this just before I turned in so I haven’t had time to read it with care. On the whole, puts together a lot of very useful data, although I quibble with one inference: the chart on UK nationals “upskilling” during the period when more immigrants were entering. There’s no evidence that the natives that got higher skill jobs would not have gotten them whether or not there was immigration, as in you would have instead seen tighter labor markets and/or more entry/reentry of marginally attached or flex laborers (older and young men, more women who could do part time work) in the low skilled jobs that the immigrants took up.

Why Gibraltar is British – in 60 secs BBC. Nice inclusion of Larry in the closing shot. The intensity of the coverage is not a good sign. I assume this was a combo of a poke in the eye plus a trading chip, but if both sides dig in, this will get stupid.

US Military Should Get Out of the Middle East Jeffrey Sachs, Boston Globe (Sid S)

Putin Derangement Syndrome Arrives Matt Taibbi, Rolling Stone. A great piece despite the “arrives” in the headline, which is presumably not Taibbi’s doing. Key paragraph:

One way we recognize a mass hysteria movement is that everyone who doesn’t believe is accused of being in on the plot. This has been going on virtually unrestrained in both political and media circles in recent weeks.

Searching for Russia Vineyard of the Saker. Chuck L: “Broad brush on deep Russian history plus observations on how its present day government functions and its echos from the past”

AIG taps into consumer fears with new cybersecurity product Reuters (Chuck L). You cannot make this up. The answer to deficient products (in this case hackable software and devices) isn’t to make the manufacturer liable or have the Feds all over them to get them fix the problem. It’s another level of grifting called insurance (although in some cases the insurer will seek to recover from the tech co).

Paul: Susan Rice should testify under oath about Trump unmasking The Hill

Blackwater founder held secret Seychelles meeting to establish Trump-Putin back channel Washington Post. Note the Post has to concede that there’s no evidence Prince was authorized by anyone on Team Trump. Looks like an entrepreneurial/influence currying effort to me.

Sweeping Federal Review Could Affect Consent Decrees Nationwide New York Times. This looks cack-handed. It’s supposed to curry favor with police but looks primed to backfire where the police have been working to improve relations with minority communities where there has been a record of misconduct. Policing is less dangerous when enough of the locals trust the gendarmes so as to give them decent intel.

Why, when it comes to the Right, do we ignore events, contingency, and high politics? Corey Robin (martha r)

Trump gives part of salary to US parks BBC. Headline out of synch with article, which is mainly about the backlash re this gesture.

Trump Cracks Down on Visa Program That Staffs Silicon Valley Bloomberg. Lead story as of this hour.

Visa Applications Pour In by Truckload Before Door Slams Shut New York Times. In the NYT’s middle of the night e-mail “top stories” blast, yet underplays the new guidelines issued per the above stories that will have a meaningful, and potentially big, impact on the H1-B program.

First Lady Melania Trump’s official portrait unveiled BBC. Wonder if she is choosing to buck norms for this sort of thing or does not know how to do otherwise.

Democrats Choose Path on Gorsuch That Could Change Washington Bloomberg. Misleading headline. It is the Republicans that would be choosing to use the “nuclear option,” not the Dems.

Former Obama staffers run for office to protect the progressive policies they built Guardian. Martha r: “Is this something we should be worried about? /s”

How Bill Clinton Remade the Democratic Party by Abandoning Unions: An Arkansas Story Labor and Working Class History Association. Max J: “An old piece from November 23 2016, but haven’t seen it posted before.”

Seattle mayor to Democrats: ‘Anger has to be attached to a strategy’ Politico. Note the “purity test” framing.

Tech Founders Want IPO Riches Without Those Pesky Shareholders Wall Street Journal. Translation: common stock is to be even more trading sardine like than ever before.

Finally a real reason for markets to fear Donald Trump MacroBusiness. A tad melodramatic, but the general thrust makes sense.

In Anaconda, Montana, History Repeats Itself Counterpunch (Chuck L). The anodyne headline does a big disservice to the piece. 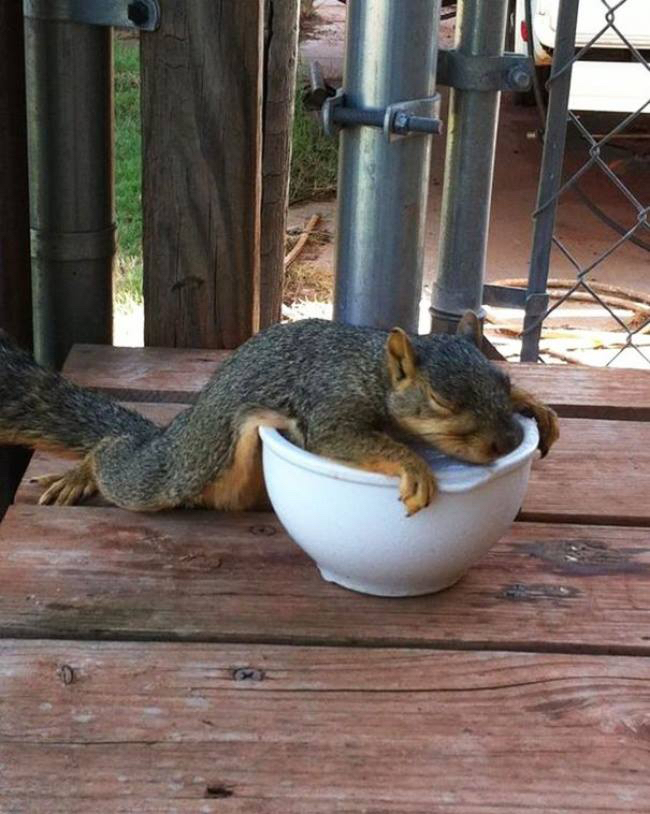 And a bonus, hat tip Scott. Be sure to watch to the end:

This is the best video on the Internet currently. pic.twitter.com/KPNZddth5S