This is a travel day for me, so talk amongst yourselves! — lambert

Some questions to stir the pot:

1) Have any readers participated in any of the non-party organizations that have been springing up? “The Resistance” (granted, at the top level it’s a stretch to call it non-party), Indivisibles, Our Revolution, Brand New Congress? If so, what are your thoughts?

2) Have any readers participated in other, regular party activities with Democrats or Republicans? If so, how did that go?

3) How about union or other organizing activities?

And one more, for Bob & Ray fans. Starting off with Wally Ballou seeking the views of passers-by on the President’s latest speech on the economy:

“I sprinkle the chocolate sprinkles on the donuts as they go by.” 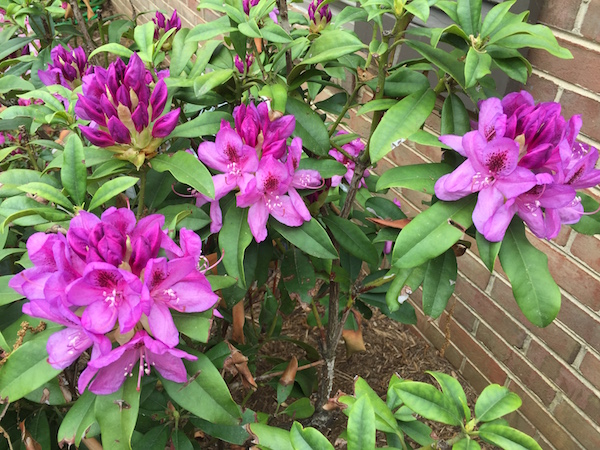 I bet those rhododendrons are happy against that warm wall…