The vanishing animals that future generations will never see Telegraph

Mount Everest’s famous Hillary Step destroyed, mountaineers confirm  BBC (furzy). And in this case, global warming has absolutely nothing to do with it.

Big game hunter is crushed to death when an elephant he was hunting in Zimbabwe is shot and falls on top of him Daily Mail (martha r). Oops.

A predictable nuclear accident at Hanford Bulletin of the Atomic Scientists

Agent Based-Stock Flow Consistent Macroeconomics: Towards a Benchmark Model Phil U: “Stiglitz essentially jumps on board with MMT. Below is just a small highlight.” Moi: Wowie zowie!

Corporate America’s “Reverse Yankees” Shoot to Record in ECB Absurdity, But Who Are the Losers? Wolf Street (EM)

WHO spends more on travel than some major health initiatives, internal documents show SCMP. This story breaks just in time for today’s kick off of WHO’s 9-day World Health Assembly in Geneva, at which a new WHO director general will be elected tomorrow, to replace the outgoing Margaret Chan.

Sad and bad news at Calpers: Jelincic to retire and Governor and Treasurer propose a gimmick Meditations on Money Management

Column: The entire health care industry is panicking that Trump is about to blow up Obamacare Chicago Tribune

Don’t send me back to a high-risk pool, Obamacare enrollees say CNN (Phil U)

A Vital Drug Runs Low, Though Its Base Ingredient Is in Many Kitchens NYT

MALTA FILES A single comprehensive site to access stories about investigations undertaken by the network, European Investigative Collaborations (EIC), comprising 13 media outlets and 49 journalists in 16 countries and 12 languages. First place to check for stories on this topic.

Even if you don’t have student loans, you should want them to be forgiven Business Insider. Yes, I agree, but the objective should be much, much broader.  Free college!

Did China Hack The CIA In Massive Intelligence Breach From 2010 To 2012? International Business Times

Opinion: why Afghanistan’s stability is so important to China SCMP

India looks to the heavens as monsoon dance begins Asia Times. And not a moment too soon for parts of the subcontinent afflicted by either heat or drought.

From war protestors to labour activism: India’s first IT workers union is being formed in Tamil Nadu Scroll.in

All the President’s Guests Politico (Phil U). The UNAUTHORIZED White House visitor logs.

Melania Trump hails ’empowerment of women’ at Saudi company visit Reuters. You can’t make this stuff up: Who writes her material? Sign that writer up for a sitcom!

Landslide Win for Iran’s Reformists Doesn’t Fit Trump’s Script, So He Ignores It The Intercept

Corporate A-Listers Descend on Riyadh for Trump’s CEO Summit Bloomberg. Lest anyone had forgotten that the business of America is business (my paraphrase).

Asia in the Trump Era Foreign Affairs. Worth the occasional glance at the house organ of the Council on Foreign Relations.

Donald Trump and Barack Obama on the Arab world – how do they differ? Telegraph. Posting this so that readers who may have missed the infamous sword dancing sequence may see it in all its glory in the embedded clip. Unusually, Trump looks a bit uncomfortable in his skin, and the moves he busts seem to this unpracticed eye at least to have germinated in Studio 54 rather than from any Arabian Nights.

Worries mount about vacancies in Trump’s State Department The Hill

US warned on dangers of abandoning Paris climate accord FT. More interesting than the dull headline suggests. The US seems to be standing increasingly alone on climate denialism. Note the deck: “Shell chief says Trump pledge would weaken country’s global standing.”

Phil U: “This is a much better response than getting the speaker disinvited. Great Video.”

The Library of Books and Bombs Paris Review (martha r) 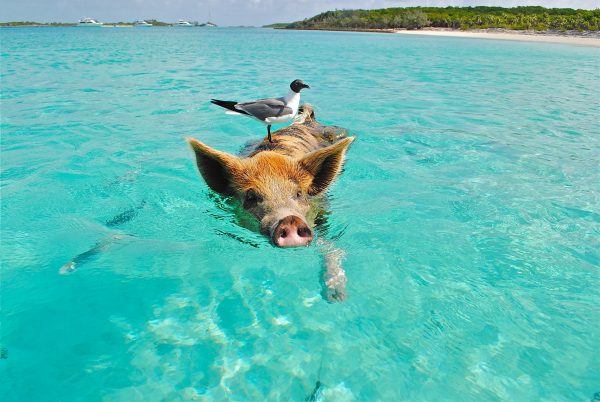