Readers, I apologize for the excessive number of links. Grab a cup of coffee. –lambert

Chipotle says ‘most’ of its restaurants were infected with credit card stealing malware The Verge (Re Silc).

Down The Drain The Caravan

Corbyn Says The “War On Terror” Has Made Manchester-Style Attacks More Likely Buzzfeed (SS). Corbyn: “We must be brave enough to admit the ‘war on terror’ is simply not working,”

Revealed: Conservatives revise down their internal election projections The Spectator

Election 2017: Tories to relaunch Theresa May campaign The Weekend Australian (originally from The Times).

Security Breach Harpers. Must-read on “Trump’s tussle with the bureaucratic state.” Here’s the This is Hell podcast’s interview with the author, Michael J. Glennon (not up at the regular site as of this writing). And:

[C]onsider the price of victory if the security directorate were somehow to establish itself as a check on those presidential policies — or officials — that it happened to dislike. To formally charge the bureaucracy with providing a check on the president, Congress, or the courts would represent an entirely new form of government, a system in which institutionalized bureaucratic autocracy displaces democratic accountability. … As a creature of the people’s elected institutions, the bureaucracy was never intended to be a coequal of Congress, the courts, and the president. Bureaucracy doesn’t even appear in the constitutional design that emerged from Philadelphia in 1787. Under the Constitution, power is delegated to the intelligence bureaucracy, not by it.

Or not! If liberal Democrats believe that the danger from Trump is so overwhelming that a change in the Constitutional order is necessary to depose him, then so be it. But let them at least be honest about the Rubicon they seek to cross.

The Beltway Foreign-Policy ‘Blob’ Strikes Back The American Conservative. A bit stale, but worth a read.

The Liberal Order Is Rigged Foreign Affairs. From the heart of The Blob…

The blend of history Reuters. “What’s clear is that Western capitalism needs better cheerleaders.” Barack, Barack, he’s our man! If he can’t do it, no one can!

How Can NATO Best Address the Russian Threat? Der Spiegel

Trump’s Plan for Middle East Peace Could Actually Work Foreign Policy. Also from the heart of The Blob…

A fire broke out in the lab where the plutonium cores of the US’s nuclear weapons are built AP. Oopsie.

In shakeup, Trump to set up ‘war room’ to repel attacks over Russia probe Reuters

The dueling scoops about Jared Kushner’s plan for secret communications with Russia, explained Matt Yglesias, Vox. “Actual policy is the elephant in the room.”

The Rise of the Liberal Conspiracy Theorist Slate. And speaking of Louise Mensch, once more for posterity: 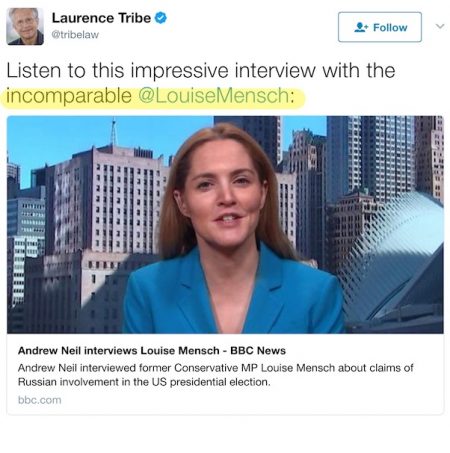 To be fair to Obama’s old law professor, it’s not clear what Mensch is “incomparable” at. So there’s that.

The Memo: Trump returns to challenges at home The Hill

What if US quits climate deal? Doesn’t look good for Earth AP (DK).

TrumpBeat: A Budget With Math Errors And A Fraction Of A Wall FiveThirtyEight

Some Of The GOP’s Institutions Have More Reason To Be Loyal To Trump Than Others FiveThirtyEight. A similar typology for Democrats would be interesting.

Democrats: Stop. Listening. To. Rahm. Emanuel. The Week. Rahm’s torture mill at Homan Square should be enough, never mind the rest of his track record.

No Clear Signals From Greg Gianforte’s Montana Win WSJ. To me the signal is crystal clear: Sanders had Quist’s back; the Democrat establishment didn’t.

New York’s Renegade Democrats Face Growing Calls To Rejoin Party Fold HuffPo. “Fold” is, I think, an unfortunate choice of words re: Democrats. That said, here’s a “pledge letter” from the “renegades” to the rest of the Democrats (more). What kind of Democrat wouldn’t pledge to support single payer? How hard can that be? Caveat that I know very little of New York state politics except that it’s utterly Byzantine, and that one is never cynical enough. For example, the pledge could be an apple of discord rather than a list of genuine policy commitments. So I’d welcome any knowledgeable New York readers who want to unpack the complexities.

The Surprising Cross-Partisan Appeal of Single-Payer Healthcare In These Times.
Here’s who gets the blame if Obamacare fails (Hint: It’s not Obama) Bob Laszewski, CNBC

Secret court rebukes NSA for 5-year illegal surveillance of U.S. citizens McClatchy. It’s so very odd that Sinclair-owned Circa originally published the top-secret ruling, when there are so very, very many journalists at WaPo and the NYT working the intelligence community beat so assiduously.

‘Panic’ in Bangladesh factories as workers collapse in heatwave The Star. With humidity factored in, 51° C (123.8° F).

Major Setback: These Harvard Researchers Successfully Cloned A Wooly Mammoth, But The Janitor Ate It After They Went Home For The Night Clickhole. The joke would have been even more excellent if a Yale janitor had been the butt of the joke. Eh?

The Lost History of Antifa Jacobin. Interesting, but a close reading shows three completely separate movements, each with a different social basis, sharing the brand (“antifa”) and some ideology. So the deck — “72 years after the triumph over Nazism, we look back to postwar Germany, when socialists gave birth to Antifa” — is deceptive.

Low Interest Rates and Risk Taking: Evidence from Individual Investment Decisions (PDF) Chen Lian, Yueran Ma, and Carmen Wang. I can’t vouch for the scholarship, but anecdote would seem to support the thesis (from January). 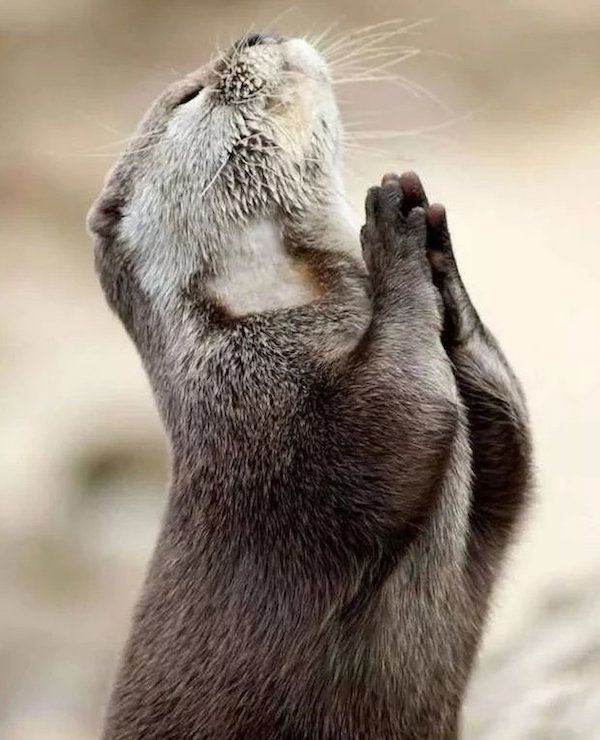