Weaving the Web Communications of the ACM (MM)

Around the world, environmental laws are under attack in all sorts of ways The Conversation

Humans are ushering in the sixth mass extinction of life on Earth, scientists warn Independent

Judge Smacks NYPD For Its ‘Gotcha’ Tactics In Forfeiture Public Records Lawsuit Techdirt (Chuck L). Nice to see the good guys win one once in a while.

CEO And President Of Premium Ticket Resale Business Charged With Engaging In A Multimillion-Dollar Ponzi Scheme Resulting In Losses Of At Least $70 Million Justice.gov (Dan K)

Pentagon successfully tests ICBM defense system for first time Reuters. EM: “Ah, ‘simulated attack’ — In related news, last night yours truly cheered a successful, first-ever +50 potion-of-warding defense test involving a simulated attack by an army of Orcs in my Mom’s basement. Should I send my résumé to the Pentagon, do you think?”

In Praise of a Transatlantic Divorce Foreign Policy. Interesting take by Stephen Walt.

Inside Tehran’s monument to US ‘arrogance’ Al Jazeera (Phil U)

The Problem with the Justice Department The Marshall Project

Flint, Beyond the Crisis The Baffler

Was crying wolf over Jeremy Corbyn a mistake for the right-wing press? New Statesman

As Isis massacres families enjoying ice cream in Baghdad, this Ramadan could be even bloodier than previous years Independent. Patrick Cockburn’s latest.

Hillary Clinton is politically ‘dead’ but she doesn’t know it CNBC (EH). Poor, poor Hillary. Not her fault you see.  Pshaw! She had one job….

Hillary launches astonishing conspiracy claim that Trump won the election because he ‘colluded’ with 1,000 Russian agents who filled Facebook with ‘lies’ and Twitter with ‘bots’ Daily Mail (Li). Now that’s what I call a headline.

#Dravidanadu on Twitter: Can a pressure group of southern states take on New Delhi? Scroll.in

India’s Economic Growth Slows Down in Fourth Quarter The Wire

Inside the struggle to sway Trump on Paris Politico. Trump tweeted that decision will be announced at 3 EDT.

Trump’s Paris Exit Matters, but Not as Much as America’s Policies at Home MIT Technology Review

How the White House Lost Its Brains Foreign Policy

Comey preparing to testify before Senate about Trump conversations WaPo

World’s most expensive handbag sells in Hong Kong for over US$377,000 – a Hermès white crocodile Birkin SCMP 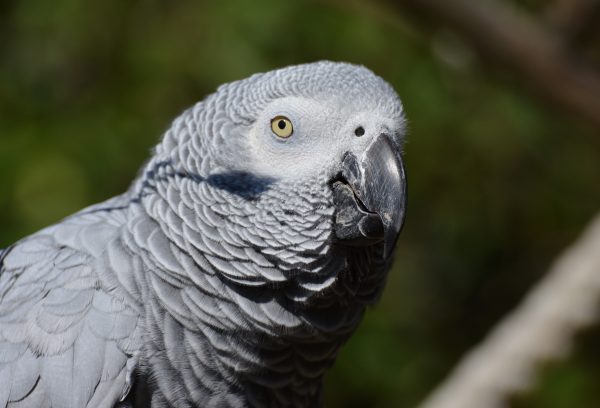