Thai-Sino rail ‘cooperation’ is in name only Bangkok Post (furzy)

The Queen’s Speech marks a shift in favour of a softer Brexit Independent:

Liam Fox’s winning streak Politico. Wowsers. The fact that getting one top trade negotiator is touted as a big success shows how pathetic their bench is. And given the scope of the task, one top person is far from enough.

I wonder what's more annoying for the DUP – being called "crackpots" by the Mirror – or "Irish MPs" by The Times. Probably the latter. pic.twitter.com/CY5xCiDbPA

DUP blames No 10 chaos for deal delay – my storyhttps://t.co/aQu4te8KwD

Over 170 years after Engels, Britain is still a country that murders its poor Guardian (Sid S)

JEREMY CORBYN WANTS TO REQUISITION HOMES OF THE RICH FOR FIRE SURVIVORS — LIKE CHURCHILL DID IN WWII Intercept. Frankly, many of those those ‘hoods, like Chelsea near Sloane Square are so pricey and devoid of services like grocery stories that the tenants wouldn’t like them despite their posh-ness. It’s a wonderful evil two-fer. If the government did use empty housing for emergency purposes, it should/would lower their value as trading chips for the rich.

We Are Inches From A New World War, And Clintonists Are To Blame Counter Propa (UserFriendly)

Saudi Arabia relieves crown prince, replaces him with Mohammad Bin Salman, state news agency says CNBC (furzy). The king has Alzheimers but was installed to satisfy dynastic politics. Bin Salman, aka MBS, has been calling all the shots. This looks like a foolish move, since he had all the power he needed.

Saudi king upends tradition by naming son as first in line to throne Guardian. Brian C: “If there was a VIX for the Middle East, it would be sky high right now.” Moi: I suspect the story will come out soon enough, but at a remove, this looks an awful lot like Napoleon crowning himself Emperor.

US ‘mystified’ by continued embargo of Qatar CNN (furzy)

The Secret History of ISIS Frontline (Judy B)

The Growing U.S.-Iran Proxy Fight in Syria Atlantic. Resilc: “The battle over East Syrian real estate is in the first inning.”

Big Prize in Amazon-Whole Foods Deal: Data Wall Street Journal. However, it appears customers need to share with Amazon for it to get the best harvest:

The online retail giant likely will add new ways to track in-store consumer spending. One option is letting people purchase with Amazon Pay, a PayPal -type solution that lets customers check out with their Amazon account information. Another option is creating a Whole Foods credit card, the former employees say.

If you must shop at Whole Foods, undermine this project by diving your purchase into two orders and paying separately, and using cash for at least one of them.

Sen. Sheldon Whitehouse: Tons Of Evidence Mike Flynn Is Cooperating With FBI; “Who Knows What Trump Said To Him?” RealClearPolitics (furzy)

EU ‘will have to respond’ to Trump steel threat, says trade commissioner Politico

Democrats protest Senate Republican healthcare secrecy Reuters. EM: “As long as we can all agree that ‘we have to pass the bill to see what’s in it’ is in no way a form of secrecy.”

Is Bernie Sanders too old to be President? Plus, the demise of shopping malls and the competitiveness of professional sports results YouGov. UserFriendly: “I for one am Shocked, Shocked! that old and rich people think Bernie will be too old to run in 2020.”

Republicans hang on to House seat in key Georgia election The Hill. Lambert is sure to have more to say about this. So when will the Democrats get the message from voters that no matter how much money they throw at a candidate, the “Republican in drag” strategy is past its sell-by date?

Holy shit. This ad from @IronStache announcing his run against Paul Ryan is something. Take a couple minutes. Watch. #WI01 pic.twitter.com/oveJZVle2c

Fed’s Fischer says more to be done to prevent future crises Reuters. EM: “All as megaBubble 3.0 – yet another one which Stanley and his ilk will only recognize in hindsight, with a wailing chorus of ‘whocoulda foreseen it?’ on the op-ed pages of the MSFM – continues to inflate.”

Leaked recording: Inside Apple’s global war on leakers The Outline (Bill B). Wow, will this make Apple nuts. Someone is really thumbing his nose at this program.

Ford’s Big Bet: Americans, and Trump, Are Ready for Chinese Cars Bloomberg. Furzy: “So much for America First”.

Earlier on Tuesday, five of Uber’s major investors demanded that the chief executive resign immediately. The investors included one of Uber’s biggest shareholders, the venture capital firm Benchmark, which has one of its partners, Bill Gurley, on Uber’s board. The investors made their demand for Mr. Kalanick to step down in a letter delivered to the chief executive while he was in Chicago, said the people with knowledge of the situation…

The five shareholders who demanded Mr. Kalanick’s resignation include some of the technology industry’s most prestigious venture capital firms, which invested in Uber at an early stage of the company’s life, as well as a mutual fund firm. Apart from Benchmark, they are First Round Capital, Lowercase Capital, Menlo Ventures and Fidelity Investments, which together own more than a quarter of Uber’s stock. Because some of the investors hold a type of stock that endows them with an outsize number of votes, they have about 40 percent of Uber’s voting power…

In the letter, in addition to Mr. Kalanick’s immediate resignation, the five shareholders asked for improved oversight of the company’s board by filling two of three empty board seats with “truly independent directors.” They also demanded that Mr. Kalanick support a board-led search committee for a new chief executive, and that Uber immediately hire an experienced chief financial officer.

The last para is a direct shot at Arianna Huffington, repeatedly described as a Kalanick ally, among others.

Uber CEO Travis Kalanick Resigns Wall Street Journal. Wow, that was fast. I need to turn in early so readers will can hopefully provide links to stories with more reactions in comments. As Brian C said: “What time is the Doomsday Clock reading for Uber right now?” From the Journal:

Uber has no replacement for Mr. Kalanick and is running without financial and operating chiefs and other key executives after several recent departures, including one of the CEO’s top deputies who was pushed out last week by the board.

And by e-mail yesterday:

I drive for Uber. I drive about 250 miles per day, and average $140 per day. That’s about 56 cents per mile, average. That’s for 12 hours of driving. That’s not enough to live on, let alone enough to compensate me for use of my vehicle.

According to a recent survey of the AAA, it cost, for a midsized car, all costs considering, over a 5 year period, about 57 cents per mile, and this is what the IRS deduction is based on, 57 cents per mile. ( or thereabouts )

so, I’m losing a penny per mile, and this is why, I, plus 96% of all Uber drivers, quit within 12 months of working for Uber. In essence, the money we make is merely converting out vehicle’s auto equity into daily cash. The car is literally depreciating at a rate faster than the cash is being earned…

Uber’s fundamental flaws were, from the beginning, “market dominance”, and “an Uber ride to be cheaper than owning a car”.

That last one didn’t square with the driver, because what is cheap for a rider, is also cheap for the driver, and the driver is the ONLY face of uber with the public, and if drivers are not happy, that is not good for business, in the long run.

As he pointed out, that means raising the prices of rides to a point which is profitable…and taxi companies figured out where that is long ago.

Running for Congress as a Progressive in a Conservative State Real News Network. UserFriendly: “All about a Job Guarantee.” 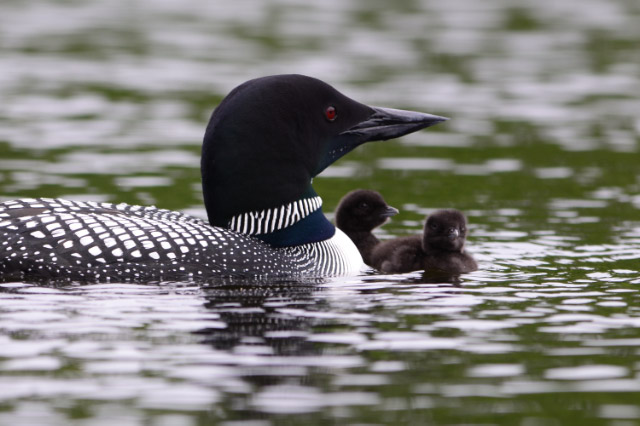