A reliable reader has found evidence of what could be potentially a significant story. But to prove out the hypothesis, we need to understand the supply chain for a particular drug, perhaps several related drugs and get data on supply levels and factors that should impact supplies on a state level. It is likely not possible to do this at a macro level, but even getting this for a few states could help prove whether the theory has merit.

So if you have any ideas or leads (as in you either know directly or know people who might know how to get this general type of information, write me at yves-at-nakedcapitalism.com with “Drug supply chain” in the subject line and we’ll discuss further. Thanks!

Yoga more dangerous than previously thought, scientists say Telegraph. Pushing yourself too hard in any physical discipline is a bad idea (and I say that from lots of personal experience!). Plus many people who take yoga classes 1. get hung up on doing the classical version of the posture, when there are variants for pretty much every posture that can accommodate various personal issues (like differences in body proportions that can make a big difference); 2. are competitive when yoga is supposed to be a personal practice; 3. have been taught versions of the posture that don’t do what the posture is intended to do and on top of that, stress body parts for no productive reason (one of my pet peeves is up dog with the top of the feet flat on the ground. You are hinging into your lower back, which is a bad idea. The posture is intended to stretch the front of your body. You accomplish that by putting your toes on the ground, heels in the air, and push backwards into your heels while arching your back. This stretches your front and protects your lower back. Trust me and try it).

Lance Armstrong’s drug of choice, EPO, ‘doesn’t work’, scientists claim Telegraph. So he lost his medals over at most placebo effect?

A Deadly Brain-Invading Worm Is Disturbingly Widespread in Florida Gizmodo

A tangled tale of bank liquidation in Venice Bruegel

Grenfell: the anatomy of a housing disaster Financial Times

Trump to Meet With Putin at G-20 Gathering Next Week New York Times. Lambert: “This should cause some heads to explode.”

Trump to meet with Putin at G-20 summit next week Boston Globe. Resilc; “What could go wrong?”

Why Is Afghanistan the ‘Graveyard of Empires’? Diplomat. Resilc: “Nor is Yemen kind, ask the Egyptians.”

Taxes May Be Certain, but Tax Reform Is Not Gallup

GOP Bill Would Slash Medicaid Over Next Two Decades, CBO Finds Bloomberg. A feature, not a bug.

California decided it was tired of women bleeding to death in childbirth Vox. Lambert: “See the chart. US leads again!”

Low-income workers who live in RVs are being ‘chased out’ of Silicon Valley streets Guardian. Resilc: “At least slaves had quarters in 1850.”

New York Times copy desk to top editors: ‘You have turned your backs on us’ Poynter. No wonder the Times thinks it doesn’t need copy editors. They do fact checking!

Note I’ve already seen a big glitch at the Grey Lady: a lead DealBook story with an incomplete sentence in the first paragraph:

The sign NYT reporters are carrying to protest the coming wave of copy editor layoffs ✊? pic.twitter.com/EdeqP0J3v3

The one law of robotics: Humans must flourish BBC (JTM)

This is the end—or is it? Real World Economics Review (Micael). On neoliberalism.

Politics after National Development: Explaining the Populist Rise under Late Capitalism: Globalizations: Vol 0, No 0. Taylor & Francis Online. UserFriendly: “Nothing new here but if someone who didn’t know the word neoliberalism asked me what is wrong with the world I’d send this link. It’s a great summary.” 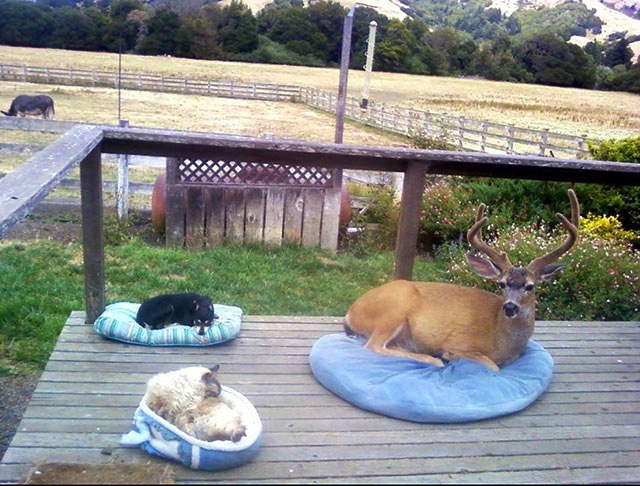