Is the Snow Leopard Actually Three Distinct Subspecies? The Wire

Living Large: How Whales Got to Be So Enormous Scientific American

CEO Travis Kalanick has started meditating in Uber’s lactation room, as his company spins in a whirlwind of bad press Business Insider

The Three Scenarios For The U.K. Election FiveThirtyEight

Gaming Out the British Election: What Happens If Nobody Wins? New York Magazine

This is the worst Tory election campaign ever The Spectator

PIERS MORGAN: Theresa May’s savage police cuts and weakness with Islamist extremism have made Britain a dangerous place – I wouldn’t trust her to protect me from an angry wasp, let alone a jihadi terrorist Daily Mail

Labour is best for Brexit, if only it were not Corbyn Ambrose Evans-Pritchard, Daily Telegraph. “The Laffer Curve would kick in.” Oh?

The Qatar Crisis The American Conservative

Pentagon says US now has ability to shoot down ICBMs CNN

The NSA document, both in its title and text, is therefore misleading in the extreme. There is simply no fact-based information provided in the report that confirms that the events reported on were being organized and managed by the Russian GRU [the “Main Intelligence Directorate” Glavnoye Razvedyvatel’noye Upravleniye], despite the document’s assertions otherwise.

After putting so much capital into accusing Russia and the GRU in meddling in American domestic political affairs—and, by extension, accusing the president of colluding with the Russians in this endeavor—the Democrats had better be able to back up their claims with unassailable, fact-based information. Based upon a close examination of the NSA’s latest analysis, courtesy of the leaked Winner document, this intelligence does not exist.

Today’s must-read. Worth the cup of coffee.

Hey Intercept, Something is Very Wrong with Reality Winner and the NSA Leak We Meant Well (JN).

Top intelligence official told associates Trump asked him if he could intervene with Comey on FBI Russia probe WaPo. “According to officials.”

Intelligence Officials Won’t Say If Trump Asked About Russia WSJ. “Won’t say” in the hearing, that is.

Would You Trust These Men With a Massive Surveillance Dragnet? Marcy Wheeler, Motherboard. Section 702 hearing. Wheeler concludes: “But the rest of the hearing showed that these men have been anything but forthright and diligent.” There is likely to be at least some overlap between “these men” and WaPo’s anonymous “officials.” Eh?

Worried About Election Hacking? There’s a Fix for That The Nation. “The SAFE Act reauthorizes the [Election Administration Committee] for a period of 10 years and requires a random audit of precincts/wards in each state to ensure there are no discrepancies between paper ballots and electronic ballots.” No. The way to eliminate “discrepancies” between paper and electronic ballots is to eliminate the electronic ballots entirely; “the cheapest, fastest, and most reliable components are those that aren’t there” (Programming Proverbs). Hand-marked paper ballots, hand-counted in public is the way to go.

Why Trump’s Infrastructure Plan Is Good for Wall Street but Bad for America Bernie Sanders, Medium

Wanted: A Bipartisan New New Deal for American Workers Newsweek. “Congress should establish lifetime career-training loan accounts for all citizens. These accounts could be used for courses at qualified providers of certificate programs, at community colleges or other educational institutions.” More debt. Great.

Is it finally time for a raise for American workers? FT

Race to the Bottom Kimberlé Crenshaw, The Baffler (DK). “Politics is the organization of hatreds.”

The Thoughts of a Spiderweb Quanta. Fascinating. 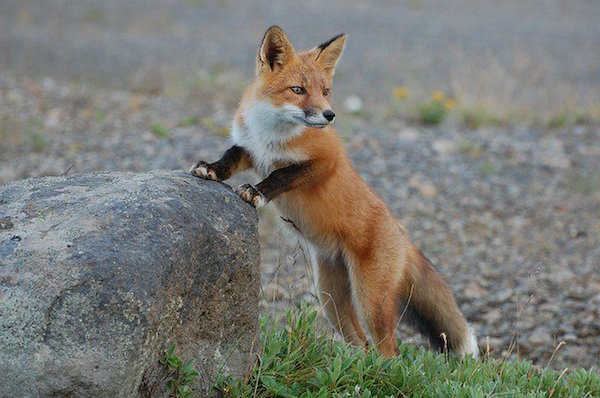