Yves here. Note that the original chart at Bruenig’s site is interactive, so you can view the values at each data point (as in number of estimated deaths)

Five separate people were bylined on a Center for American Progress post about how many people AHCA will kill. The post is quite long, but all the authors really do is take the CBO estimates of how many people will lose coverage under AHCA and then divide that number by 830. They do this because there is a study that shows that 1 person dies unnecessarily for every 830 people who lack health insurance.

I have duplicated CAP’s efforts here, but rather than focus only on the AHCA, I have also included Obamacare and single payer into the mix. One other difference is that I track cumulative deaths between 2017 to 2026 rather than reporting an annual figure for each year. 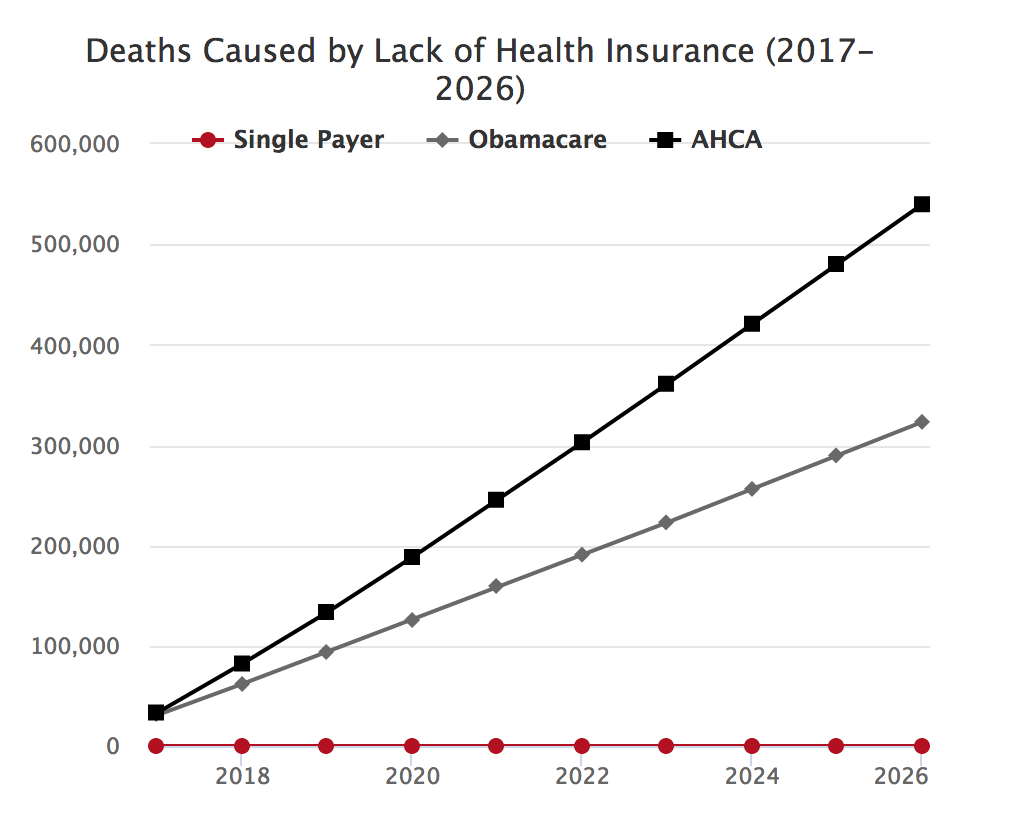 Under AHCA, nearly 540,000 people will die in the next decade because of lack of health insurance coverage. For Obamacare, it is a more respectable 320,000 deaths.