Readers, at least in the great state of Maine, today is one day in a four-day weekend, so this will be an extremely short post. Tomorrow, July 4, I will be off entirely. Regular programming will return on Wednesday, July 5.

However, I did wish to bring this to your attention. From The Department of The Hamptons is Not a Defensible Position:

OUT AND ABOUT IN THE HAMPTONS — LALLY WEYMOUTH held her annual summer party last night at her house in Southampton. There was a long gold carpet entrance from where the parking was to a big tent next to her house. She served champagne, rare filet, fried chicken, cornbread, a big chocolate cake, ice cream and cookies decorated as American flags. Brother Don Graham did a big tribute to toast Lally (whose birthday is tomorrow) and shouted out Steven Spielberg’s upcoming film about how Ben Bradlee and Katharine Graham challenged the government for the right to publish the Pentagon Papers in 1971 (Tom Hanks is playing Bradlee and Meryl Streep is playing Graham). Don made a big deal that Spielberg was there and jokingly conceived a Spielberg movie about Lally and described the cast (some actors and some in the room).

(Lally Weymouth is Beltway aristocracy, being the daughter of WaPo’s Katherine Graham, and currently Senior Associate Editor). “It’s big club and you ain’t in it.”

Readers, feel free to contact me at lambert [UNDERSCORE] strether [DOT] corrente [AT] yahoo [DOT] com, with (a) links, and even better (b) sources I should curate regularly, (c) how to send me a check if you are allegic to PayPal, and (d) to find out how to send me images of plants. Vegetables are fine! Fungi are deemed to be honorary plants! See the previous Water Cooler (with plant) here. And here’s today’s plant (TH): 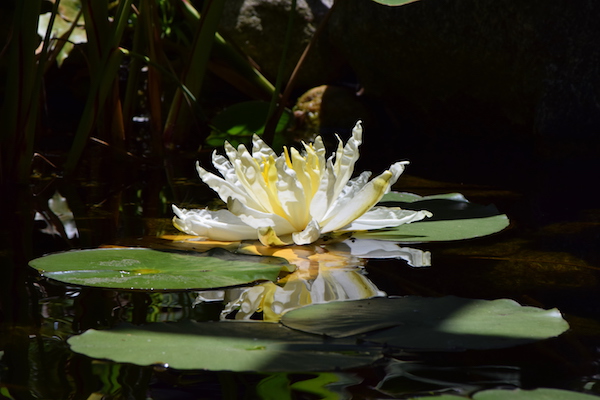 UPDATE Now that that the 2017 Water Cooler fundraiser post is launched, I can say that directions for sending a check will include a request to send me a parallel email so I can thank you. I was not able to thank all you sent me checks this year, because I was unable to connect physical mail identities to online identities. Apologies!