Yves here. Look at how obvious the impact of capital (“machinery” is now often “robots” or the all-encompasing “technology”) on communities and the status of was roughly 175 years ago:

By Sandwichman. Originally published at EconoSpeak

And now, sir, let me state my principal objections to the unrestricted use of machinery. First, it places man in an artificial state, over which the best workman, the wisest man and most moral person, has no control. Secondly, while it leads to the almost certain fortune of those who have capital in sufficient amount to command those profits, made up, as you admit, by the reduction of wages; upon the other hand, it leads to uncertainty in the condition of the employed, against which he is incapable of contending. Thirdly, it disarranges all the social machinery of which formerly individuals were necessary items, families formed branches, and small rural districts important sections of the one great whole. Fourthly, the present fluctuations give rise, in good trade, to an augmentation of artificial classes, if I may so call them, who have no natural position in society, but are merely called into existence by present appearances, trade upon nothings, traffic in fiction, and, like your order, speculate upon what they may retire upon when trade begins to flag. Hence we find each fluctuation in trade followed by a new race of shopkeepers, who are grasping in prosperity, compound when appearances change, and retire when adversity comes, leaving a vacuum to be filled up by the next alternation from panic to speculation…. 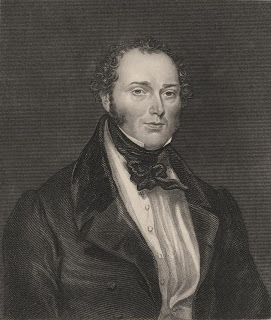 And now, as the thread of our dialogue has been somewhat broken, I beg to submit a summary of my objections to machinery. Firstly, the application of inanimate power to the production of the staple commodities of a country must inevitably depreciate the value of manual labour; and every depreciation of the value of man’s labour in an equal degree lowers the working-man in the scale of society, as well as in his own esteem: thus making him a mere passive instrument, subservient to any laws that the money classes may choose to inflict, to any rules the owners may impose, and satisfied with a comparative state of existence. I object to machinery, because, without reference to the great questions of demand and supply, the masters can play with unconscious labour as they please, and always deal themselves the trumps. I object to machinery, because it may be multiplied to an extent whereby manual labour may be rendered altogether valueless: I object to machinery, because under its existing operation you admit the necessity of emigration, better ventilation, education, improved morality, manners, habits, and customs of the working classes, thereby showing that a slate of recklessness, ignorance, want, and depravity exists; which, as I before said, you admit to be consequences of the present system.

While the inevitability of each of O’Connor’s objections is subject to debate, the crucial issues at stake for him are the sociological and psychological effects of the unrestricted use of machinery on communities and individuals, under its existing operation. The specter of the “job-killing robot” plays a minor and only contingent role: “it may be multiplied to an extent whereby manual labour may be rendered valueless.” Even that objection can readily be interpreted as more significantly about a loss of social status and psychological esteem rather than a wholesale elimination of jobs.