Oklahoma Police Chief Gives Himself A Ticket For Speeding HuffPo. So meta.

Google’s chief search engineer legitimizes new censorship algorithm WSWS. Over the transom via email, we get this handy chart of the sites censored by Google: 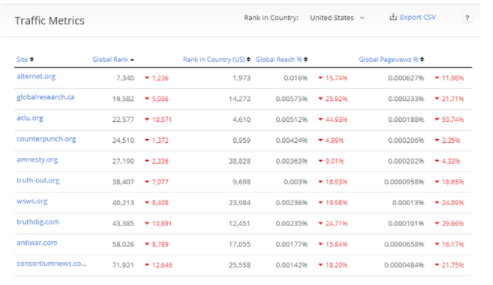 LEGO Tests Bricks Made From Wheat in Effort to Ditch Plastic EcoWatch (MT).

Hardly Any Homes Are Selling in London Bloomberg

Why Brexit could be bad for Scotch whisky New Europe (MT).

Doklam is not about a road Indian Express

How India Is Surviving Post-Demonetization Forbes

U.S. sanctions Venezuelan President Maduro and labels him a ‘dictator’ McClatchy. In this, of course, as with the Syrian drone strikes, The Blob will hail Trump for his singular blend of moderation, strength, and statesmanship…

Venezuela in Crisis CFR. For perspective, an extract from commentary provided to NC in mail by a South American journalist who writes extensively about politics:

[M]y position on Chavismo right now is that its authoritarian turn is only going to get worse and the awful economic crisis is likely to continue for a long time because it doesn’t seem like they have any viable plan to get out of it. So the left will only look increasingly out of touch if it reflexively sides with the government. What needs to be done is contextualize Chavismo historically, explaining 1) why it was so wildly successful politically (it gave political participation, economic aid and so on to the country’s historically excluded majorities, it defied the historical imperial tendencies of the US in the region. and the classist control of the country by an elite that was much much better at self-perpetuation than at developing the country, etc.) BUT ALSO 2) what they got wrong economically and how they kept digging into that hole because it was easier politically to continue focusing rhetorically on evil enemies than to accept their own huge f*ck-ups, leading them into today’s escalating authoritarianism (though they still try to keep it democratic on appearance, but it’s less and less so).

How to deal with Venezuela The Economist. “The opposition, a variegated alliance long on personal ambition and short of cohesion, needs to do far more to become a credible alternative government. That includes agreeing on a single leader.” Idea: Ahmed Chalabi!

Which Way Out of the Venezuelan Crisis? Jacobin

Kushner to Interns: Trump Team Too Disorganized to Collude With Russia Foreign Policy

What Congress Can Do If Trump Fires Mueller Bloomberg

America Needs a New ‘Dreadnought Strategy’ Foreign Policy. Not an encouraging headline; the UK initiated its dreadnought program on the imperial downslope.

Jury to decide fate of CIA torture psychologists Al Jazeera. As usual, the little guys get the chop. Bad as I believe Mitchell and Jessen to be.

Why the Trump dynasty will last sixteen years Edward Luttwak, TLS. Well worth a read, although there’s plenty to disagree with.

My Party Is in Denial About Donald Trump Jeff Flake, Politico

* * *
Did Melania and Ivanka knife the Mooch over his language? New claims his ‘c**k blocking’ tirade may have cost him his job Daily Mail

Could Kris Kobach get a position in Trump’s cabinet after White House reshuffle? Kansas City Star. The scum also rises.

Democrats Pitch a Kinder, Gentler Populism The Atlantic (Re Silc).

Clinton lost, but Republicans still want to investigate her AP

How We Make Black Girls Grow Up Too Fast Tressie McMillan Cottom, NYT

Populism now divides, yet once it united the working class Aeon (MT).

* * *
The trials of being a #workingclassphd Sean Richardson – PhD

Against The New Optimism Rod Dreher, The American Conservative in response to Is the world really better than ever? Guardian 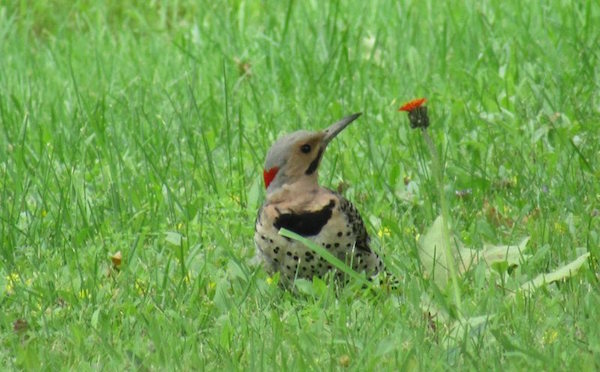