I want to thank you for the generally very supportive comments in Links yesterday (which amusingly I had also intended to turn off and didn’t) as well as the many messages sent via e-mail on shutting down comments. Due to being up past 10 AM and still dealing with cumulative physical and emotional exhaustion, I must again apologize for the lack of original posts. I simply can’t focus enough to carry one off adequately.

It has been emotionally draing since the start of the presidential campaign to see both parties engage in ever more intensifying levels of what Lambert has called ‘strategic hate management”.

Lambert and I have also regularly discussed our puzzlement and distress what would seem to be the inevitable end-game of the Democratic strategy, which is to demonize wide swathes of the population outside the 10% as contemptible and to attribute any economic problems they have to the failure to enough education and be sufficiently adaptable (like move to where jobs supposedly are, even though a lack of contacts means they are sorely disadvantaged in landing them). And that’s before you get to inconvenient facts that conflict with this self-serving picture, like people out of work who have been unemployed for over 6 months or are over 50 (and in many fields, over 35) are unemployable. Taking more and more for yourselves, collectively and demonizing the victims who can see through that excuse is a strategy for fomenting civil war. As Machiavelli told his prince, you can kill a man’s father, but you cannot take his patrimony. And the American dream or at least maintaining an adequate pretense that hard work and fair dealing will be rewarded and some measure of noblesse oblige, has been the US answer to which has been torn apart over the last 35 years.

Yet the elites live in blue cities, not even geographically contiguous, not even remotely capable of provisioning themselves. And that’s before you get to the fact that the people who own guns and the people who use them in their line of work are overwhelmingly not part of the 10%. In other words, this is a prescription for violence directed at the 10% and groups they’ve been trying to win with the thin gruel of identity politics rather than giving material concrete benefits that would help these groups directly by improving their lot and reduce hostility to them by lowering economic stress.

Of demons and dragons – the history of solar eclipses PhysOrg

A total eclipse of worker productivity on Aug. 21 will cost companies millions MarketWatch

Self-Driving Wheelchairs Debut in Hospitals and Airports IEEE Spectrum (Chuck L). This is ridiculous. Anyone who has taken or attended to someone in a wheelchair knows that the person who pushes the wheelchair does more than get them from the curb to the gate. They have to get through the TSA checkpoints, which with the wheelchair service people means going around the people in the line, taking the bags the wheelchair passenger has and putting them on and taking them off the conveyor belt, and assisting them with walking to and from the body scanner or X-ray. They also ask if they need to use the bathroom and if they are the same gender, assist them in navigating the bathroom if needed. If they have checked bags, they help them on the arrival end in getting the bags off the carousel and take the bags and the passenger to the person meeting them or the form of transportation they are using to get into town.

IMF’s China debt warnings are eerily familiar Asia Times. We’ve been saying for years that no sizable export/investment led economy has ever made the transition to being consumption-led without going through a major financial crisis Japan actually had a better excuse than China does for the mess it got itself into because the US forced it into an extremely rapid deregulation of its banking system, which led to all kinds of speculation. This was enabled by the Bank of Japan, which thought that encouraging higher asset prices would lead to a weath effect and increase consumption. But the Japanese had and still have itty bitty apartments, save in small cities (and I mean pretty small) and the hinterlands. There is no place for them to have more stuff. The Chinese have learned some but not enough lessons from Japan’s bubble years.

So When Will China’s Debt Bubble Finally Blow Up? Wolf Richter (EM)

A temporary step back in US-North Korean tensions Defend Democracy

Barcelona Attack. Anyone who has been to Barcelona has almost certainly been to Las Ramblas, and it’s a perfect spot for an attack like this. Wide promenade, so easy to drive a vehicle in, and always lots of people milling about.

US Intervention in Venezuela “Could be Inevitable,” Says Opposition Politician Venezuela Analysis (micael)

Trump fans the flames with Confederate defense The Hill. Trump looks to be in full meltdown mode. As Lambert will hopefully describe in his Burlington meetup report, a Southern couple involved in the “remove the Civil War monuments” movement joined. They said if you look at the videos of the various demonstrations protesting the removals, you see the same faces over and over again. It suggests that only a small faction cares a lot about this issue. And if you look at the timeline of when the statues were erected, they were in when Jim Crow policies started and then in opposition to the civil rights movement. In other words, the claim that they were put up with the “intent to preserve history” is revisionism, unless you mean “history of slavery.”

Also as someone who has done survey research, the question in the NPR/PBS poll was not neutral and any pollster would tell you it would elicit more favorable responses than a neutral question. It clearly implies that removing the statues = not preserving history. Questions framed with additions are guaranteed to influence responses. For instance, “Do you approve of the job Trump is doing as President? versus “Do you approve of the job Trump is doing” will always elicit a much higher approval rate, of ten points of more, due to “as President” giving Trump more stature and reminding the respondent of the difficulty of the job. A neutral question would have been something like: Do you approve or disapprove of removing Confederate statues?

The other issue, and this happens all the time in poorly thought through strategy and market studies, is to survey people for their preferences on various issues but neglect to check for how important the issues are for them. So even if the poll results above were accurate, how much do typical voters care? For instance, from a registered Republican in the Deep South yesterday on the statutes controversy: “This is ridiculous. What does this have to do with important things, like putting food on the table?”

And FWIW, although this is not a scientific sample, the over 2500 comments on this Wall Street Journal story, Trump Defends Confederate Statues in Wake of Charlottesville Violence, seem to be at least 70%, if not 80%, against Trump.

‘The president is becoming more isolated’: Trump’s Charlottesville response may force GOP lawmakers to move on without him Business Insider

If a top Trump aide leaves, it could ‘start a run on the bank’ Axios

“Barack Obama is to blame”: 13 Alabama conservatives on Charlottesville Vox (Bill H). From a few days ago. Pretty distressing what they consider to be “facts” like Black Lives Matter being behind the shooting of five Dallas police officers. The perp had a history of violence, had been arrested, and family members had warned he might go on a rampage (he’s already threatened family members and said he planned to shoot up schools and churches). Talk radio is a big source of this sort of disinformation.

Top officials at ACLU branches in California echoed Mr. Romero’s comments in a statement posted online Wednesday. “If white supremacists march into our towns armed to the teeth and with the intent to harm people, they are not engaging in activity protected by the United States Constitution,” they said.

Too good, Christopher Cantwell, one of the #Charlottesville neo-nazis cries his eyes out at threat of arrest https://t.co/XteAzcofSa

Slavery, “Heritage” and Southern Fried “Free Speech” Angry Bear. Important and way better on the headline. Gives a high-level overview, with references, on the concerted effort to promote the historically false claim that the South did not secede over slavery.

The CIA’s Torture Doctors May Get U.S. Taxpayers to Pay for Their Legal Fees Daily Beast (resilc)

How Portland Public Schools helped educator evade allegations of sexual misconduct Oregonian (Chris M). Amazing reporting, but also appalling how long this went on and how it took so long for the story to come out, long after anyone involved in the cover-up would face any consequences.

Jeff Gundlach Is Attacking the WSJ for a Story That Hasn’t Come Out Yet Bloomberg. Wowsers. Recall that an army of lawyers visited the WSJ and made all sorts of threats to try to shut down their first critical story on Theranos? One has to infer that that approach failed.

US household debt passes recession peak Business Insider. Headline glitch, since they appear to mean “pre-recession peak”. But the better metric would be a comparison to GDP.

Lies, Damned Monopolies, and Sex Difference Statistics (UPDATED) Mandos, Ian Welsh. A great discussion of what it takes to do coding. But on the general discussion of the male v. female test results, even the spatial ability factoid needs to be considered with caution. Yours truly scores higher in math than verbal skills, and highest in spatial visualization. It may be compensation for not having any depth perception, which if true would suggest there may be a weird unfigured-out developmental factor at work in the male v. female skew.

Ten Years After Financial Crisis, Our Elites Have Learned Nothing Truthout (micael) 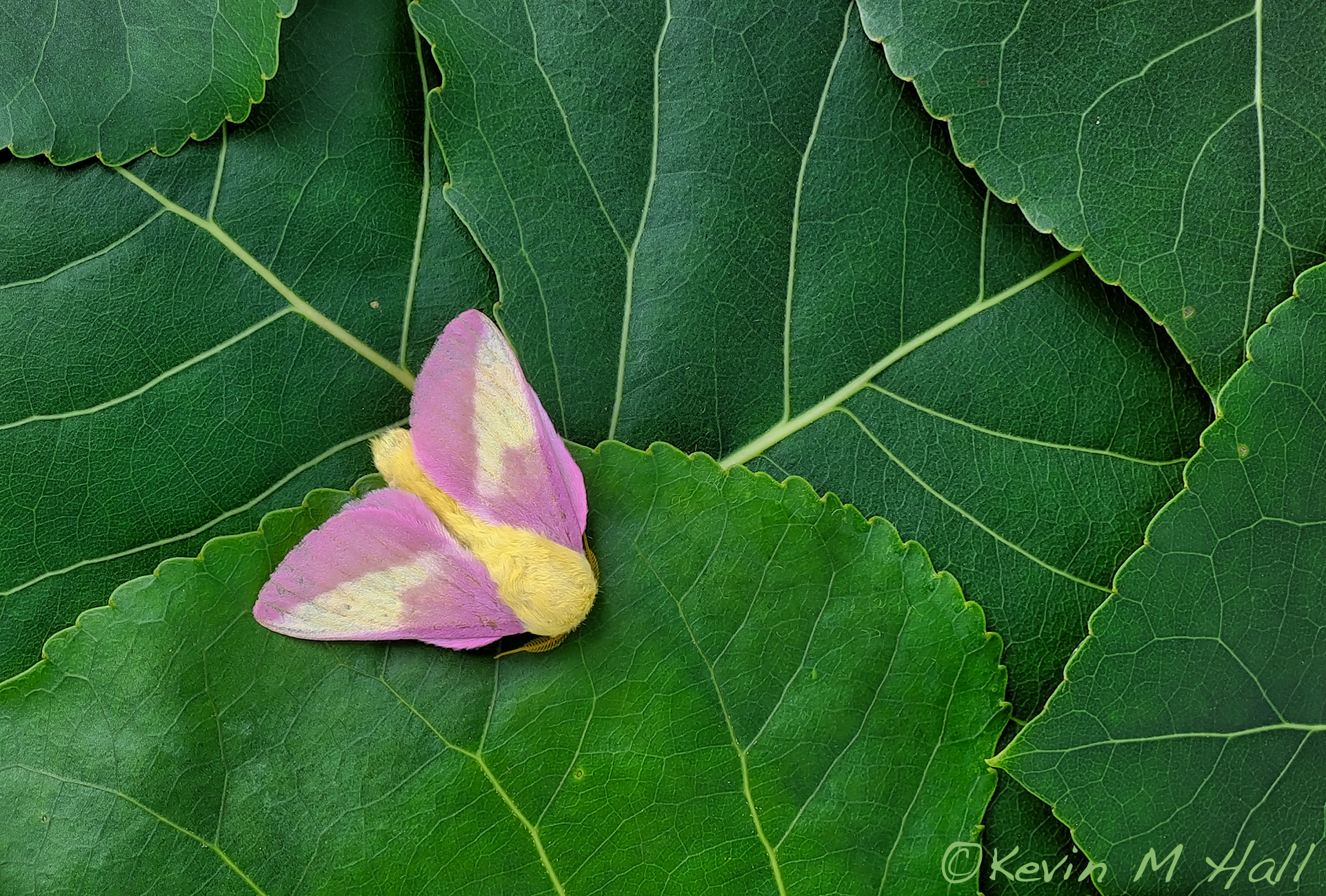 And a contented cat. This is Ann M’s Emmett “demonstrating his world class sleeping capabilities”. 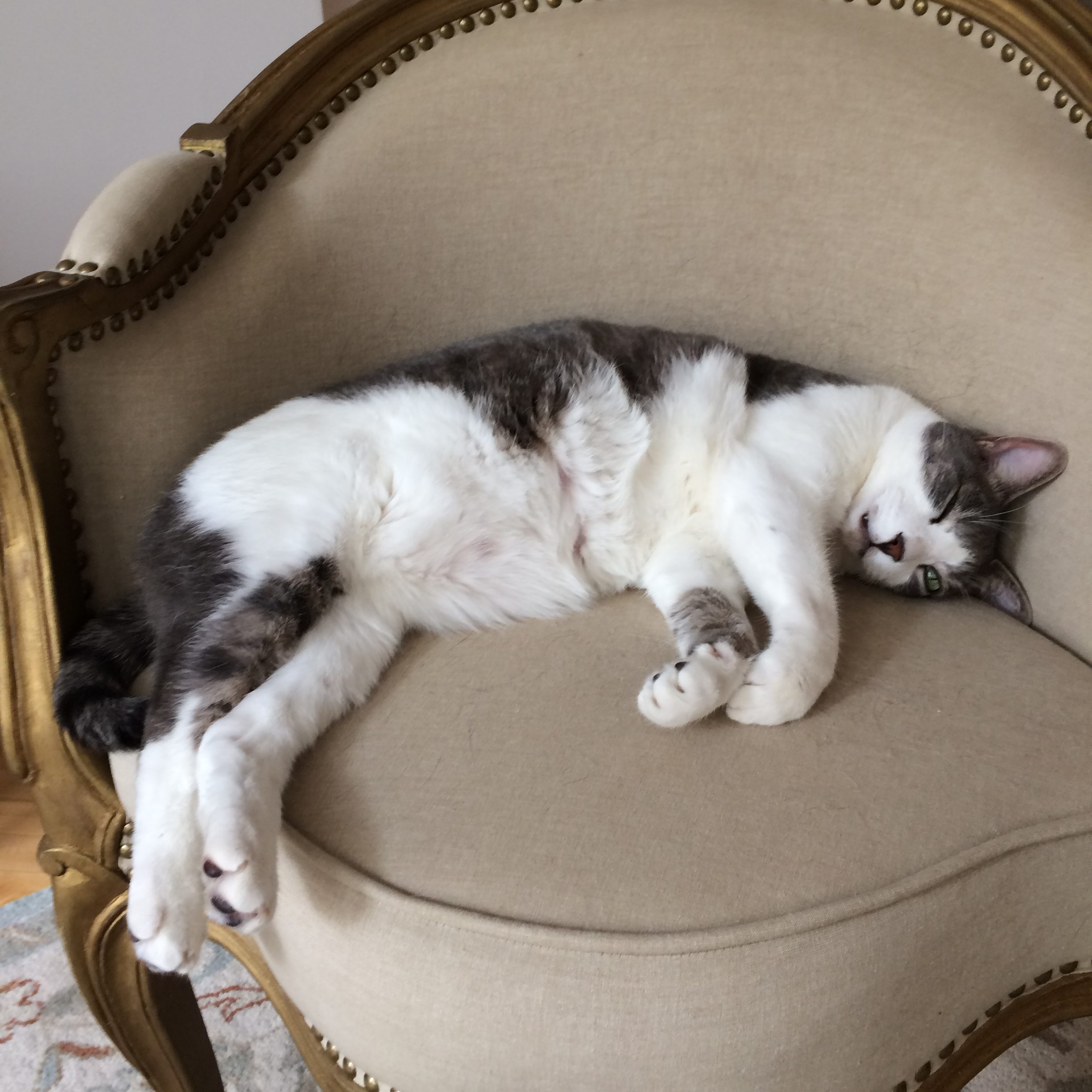