Electric vehicle realities Izabella Kaminska, FT. “Questioning the cost structures of the industry in general is not allowed in public forums.”

The Accounting Tack That Makes PayPal’s Numbers Look So Good Gretchen Morgenson, NYT. File under The Bezzle. But where were the editors on this? Surely that headline should read “This One Accounting Tack….”?

Beyond Bankruptcy: How Failed Stores Come Back Online WSJ

Google blocked every one of the WSWS’s 45 top search terms WSWS (MT). I tried “Trotsky.” Nothing from Google 10 pages into the search results. Bing had a WSWS hit at #75, six pages in. WSWS was at #70 on DuckDuckGo’s infinite scroll. Trotsky is seven pages in at Yahoo, five pages in at the DogPile aggregator, three pages in at Yandex, and two pages in at Yippy, oddly, and on the front page at #19 at Unbubble (a neutral European search engine). Certainly, some, er, invisible hand seems to be operating at Google. Readers, try for yourselves!

For the New Far Right, YouTube Has Become the New Talk Radio NYT

Present and Perspectives of the “Triangle” Between China, Latin America and the United States COHA (MT).

US, North Korean neighbors step up campaign of isolation AP

Louise Mensch’s New Conspiracy: It Wasn’t the Russians; It Was the Jews Tablet. Ah yes. I’m so old I remember when Larry Tribe called Louise Mensch “incomparable,” and the NYT gave her Op-Ed space. Good times…

Trump and the Leaked Transcripts The American Conservative

This is a Post About Drought. And Farmer Suicide. Prairie Center

How Air-Conditioning Conquered America (Even the Pacific Northwest) NYT

Our Minds Have Been Hijacked by Our Phones. Tristan Harris Wants to Rescue Them WIRED (Re Silc).

Big Data Is Coming to Take Your Health Insurance Bloomberg

Medicare-for-All Isn’t the Solution for Universal Health Care The Nation (GF). Lambert here: Good on transitional costs, but I think holding up systems like Germany, France, and the Netherlands as models for the US isn’t a good idea. They have complex systems that depend on tightly regulated private health insurance companies, and policy wonks like that, because they think we live in the First World. However, for a political economy in a large country like ours, with health inequity, corruption, and poor governance — and with the dominant culture based on cheating — the complexity is an open invitation for corruption and rent-seeking. The simple and rugged Canadian single payer system is more appropriate for us (and it’s also proven to work; you can think of the US vs. Canadian health care systems as the largest competitive testing trial in the history of the world).

Will Colorado’s Health Insurance Industry Run One Of Its Own For Governor? David Sirota, International Business Times. A Democrat. Naturally.

Cleaning a Dirty Sponge Only Helps Its Worst Bacteria, Study Says NYT (Furzy Mouse). “The thrifty among us may try to clean a sponge that starts to stink, but it’s probably time to let it go.” Just like the health insurance companies!

Soft Money Is Back — And Both Parties Are Cashing In Politico (Re Silc).

In the key 2018 battlegrounds, Trump’s support is as high as ever Vox (Re Silc). “[I]n congressional districts held by Republicans, there remains a core group of right-leaning voters who don’t seem concerned about the messy dramas emanating from the White House. The pattern is the same when we narrow the focus to the closest 25 congressional districts on either side. (The pattern also persists when we look at close counties, which rules out gerrymandering as an explanation, since county lines are not regularly redrawn for electoral reasons.)”

We Need a Plan, Not a Brand Moyers and Company. Naomi Klein.

Warren: ‘I am not running for president, I’m doing my work’ The Hill

9 questions about the Democratic Socialists of America you were too embarrassed to ask Vox. “In the last year alone, DSA’s membership has ballooned from 8,000 to 25,000 dues-paying members. DSA boasts that it is now the biggest socialist organization in America since World War II.”

Democratic Socialists of America Celebrate Record Membership in Chicago. Now What? The Intercept

A Turning Point on the Left? Libertarian Caucus Debuts at Democratic Socialist Conference Truthout. (I’m not sure that caucuses exist until formally approved, though.)

Opioid Prescriptions Across The U.S. FiveThirtyEight. Nice to see the Better Dealers tackling this. Oh, wait…

Race to the Bottom Kimberlé Crenshaw, The Baffler

Call me naive, but here’s how Paris Saint-Germain’s ridiculous £200m for Neymar can be a force for good Daily Mail

Inside Patreon, the economic engine of internet culture The Verge 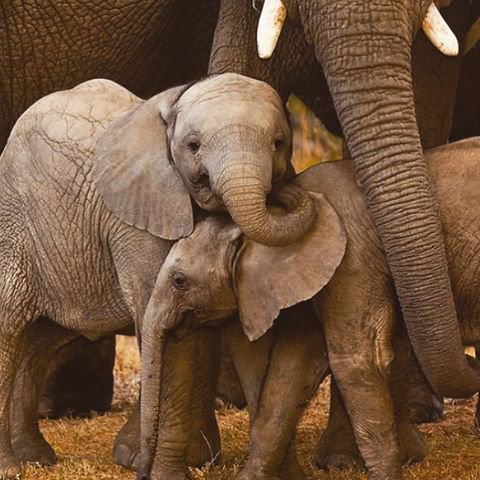