Could wood pulp make cars lighter and more efficient? BBC. Only in the subjunctive…

More Americans Are Falling Behind on Student Loans, and Nobody Quite Knows Why Bloomberg. Really?

What Are Cities Spending Big On? Increasingly, It’s Debt. Governing

Ikea has bought TaskRabbit Recode. Now Ikea won’t have to include Allen wrenches in its flat-packs. That alone should pay for the task rabbits doing the assembly. Finally a sharing economy deal that makes sense.

Move along, people, move along. There’s nothing to see here:

Puerto Rico After Maria: Initial Thoughts on the Fiscal and Economic Implications Council on Foreign Relations

Is the Jones Act Waiver All Politics? The Atlantic. Throwing a flag on the Betteridge’s Law violation.

No choice for US but to accept a nuclear North Korea, ex-CIA analyst says South China Morning Post

No, North Korea Isn’t Dependent on Russia and China For Its Rocket Fuel The Diplomat

What Strategy is London Pursuing with Brexit Talks? Der Spiegel

The UK has struck a sensible consensus – it’s time for Brussels to move the talks onto trade Brexit Central. Hmm. Is the “consensus” the UK’s to strike?

Brexit Means Brexit But Also Hair-Pulling, Hand-Wringing, Wingeing Among Traders Dealbreaker. “Whinging.” Fixed it for ya.

Amid Facebook’s Troubles, Message to Advertisers Stays Consistent NYT. Key sentence: “Russians had used fake accounts and Facebook ads to fan divisive issues during the presidential campaign.” Lambert here: I don’t want to be cranky about this, but, first, attribution is hard. Second, “Russians” aren’t the Russian state. Third, the spend seems minuscule compared to the Clinton billion+. Fourth, there’s no demonstrated electoral impact. Fifth, what’s new about “divisive” in a world of FOX or, to be fair, David Brock? Sixth, I never thought I’d see the day when liberals blamed “outside agitators.” Seventh, these stories keep imploding upon examination; see below. Eighth, two words, especially for the Times: “Judy Miller.”

Yet Another Major Russia Story Falls Apart. Is Skepticism Permissible Yet? The Intercept (EM). Salutary.

Millionaire Trump Adviser Says Americans Can ‘Buy A New Car’ With $1,000 Tax Cut HuffPo. Maybe one of those wooden ones?

GOP Unified on Tax Overhaul — for Now Roll Call. It is true that all we have is a short “framework”; basically bullet points. But if Ryan, McConnell, House Ways and Means Chair Brady, Senate Finance Chair Hatch, Mnuchin, and Cohn have all signed off on it, perhaps that’s a sign, encouraging or discouraging, depending on your politics. At least Trump isn’t making the silly assumption that Paul Ryan is an actual, functioning policy wonk, as he seems to have done with health care. Let the sausage-making begin!

The Republican Establishment And The Terrible, Horrible, No Good, Very Bad Day FiveThirtyEight

White House launches probe of private email accounts Politico. (Note that Business Insider’s sloppy rewrite of this story converts “account” to “server,” and in the headline, too!)

The pendulum swings against privatisation FT. Note lack of agency.

Clothes That Don’t Need You NYRB

From her dad’s killing during the crack epidemic to a Supreme Court clerkship WaPo (Kokuanani),

Making a play for the Ig (Richard Smith):

You, the uninformed idiot: Economics says nothing useful whatsoever about the world around us.
Me, the academic economist: pic.twitter.com/83Vq1CVUak 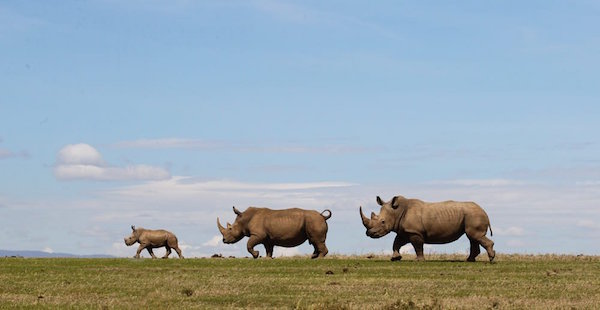