Research on how the ‘weapons effect’ can induce aggressive behavior around guns is riling people up on the left and right Business Insider (David L). FWIW, my sample suggests that there is a huuge difference between people who have grown up around gun use as hunters (they tend to treat them with great caution and keep them locked up a lot of the time) v. the stereotypical suburbanite who has seen too many movies with gunplay and thinks keeping a loaded gun in a nightstand or purse is a sound idea.

Mindfulness Is More Than A Buzzword: A Look At The Neuroscience Behind The Movement Forbes. “Movement” gives me the willies.

Sexually transmitted diseases are at an all time high. But why? Popular Science

In another sign of closer ties with India, US eyes dropping Pakistan as ally Asia Times

US pulls staff from Cuba over ‘specific attacks’ BBC

Catalonia referendum: How did we get here? Politico

Amazon’s Echo Spot is a sneaky way to get a camera into your bedroom The Verge. Moi: I don’t get this at all. I don’t even like remotes. I don’t like talking to devices. They increasingly talk back and we know they spy on you. Lambert: “Why is any of this good for me? I can’t use the remote to turn down the aircon? Will any of this work when disaster strikes? (no)”

You’ll Soon Be Able to Sign In to Facebook With Your Face New York Magazine (resilc). Great, so now facial IDs are being normalized. But some people are rebelling.

Price resigns from HHS after facing fire for travel Politico

Good Riddance, Tom Price. But What About the Other Grifters? The Nation. Resilc: “Like Obomba and Clintoon on Wall Street?

How Fake News Turned a Small Town Upside Down New York Times (furzy). The new approach to “a Commie under every bed.”

You may have seen this, but I think what hasn’t been picked up by the media is that this seems to indicate real chaos in VW. You have one subsidiary of VW (MAN) making a complaint to the EU, that has resulted in huge fines for two other VW subsidiaries (Scania and Daimler). I find i really interesting that VW doesn’t seem to have the ability or inclination to control this fight between its own subsidiary companies which is costing billions of euro in fines.

Uber’s former CEO has appointed two new directors to the board, escalating a battle with a major investor Business Insider (David L). If you thought Uber had problems with stability at the top, you ain’t seen ‘nuthin yet. The fight to the death at the board level, which was on hold during the courting of a new CEO and SoftBank, is back on with a vengeance.

CalPERS candidates say ballots aren’t secret, and they’re piling up at a Seattle warehouse Sacramento Bee. You read it first at NC, but the two things CalPERS is most scared of is the Sacramento Bee and the state legislature. I hope CA readers will circulate this + links to our recent posts widely.

The New Reality of Old Age in America: Working Until You Die Washington Post. Important. My future too, just with slightly more dignified trappings if I still have a readership….

The US Economy is Failing Paul Craig Roberts, Counterpunch

The Future of Retirement Is Margaritaville Bloomberg. I would need a lobotomy to live there. And as Reslic points out, “The future is a used single wide.”

Cities are not the future Medium (resilc)

Antidote du jour. Tracie H: “Round Stingray at the Aquarium of the Pacific. Long Beach, California.” 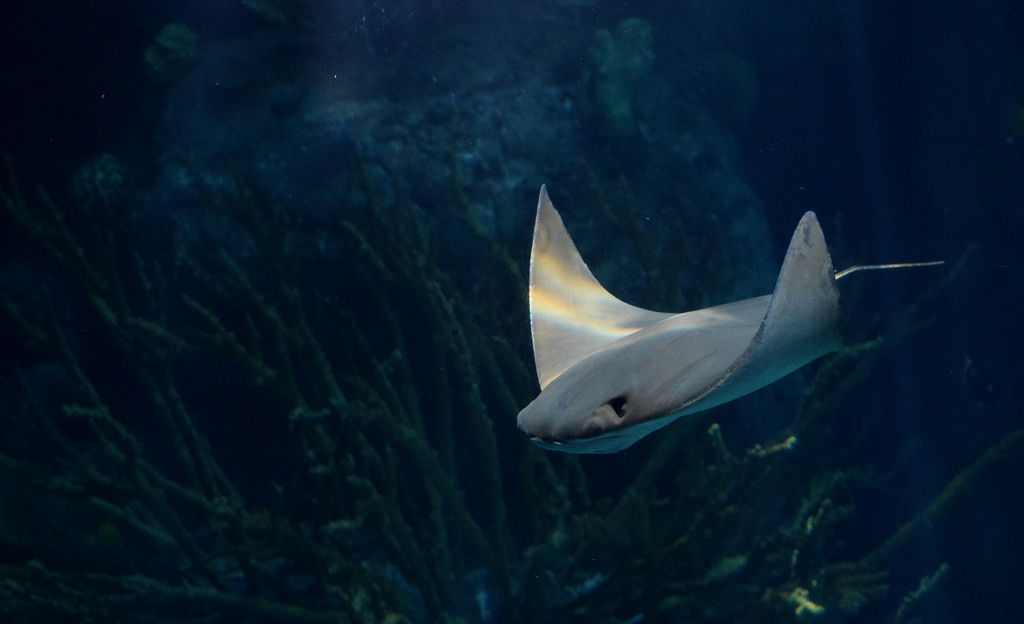