This is Naked Capitalism fundraising week. 1460 donors have already invested in our efforts to combat corruption and predatory conduct, particularly in the financial realm. Please join us and participate via our donation page, which shows how to give via check, credit card, debit card, or PayPal. Read about why we’re doing this fundraiser,what we’ve accomplished in the last year and our current goal, more original reporting.

Lambert here: I’m a little concerned about the anemic state of the thermometer at right. If, in keeping with today’s foodie links, you think of Naked Capitalism as a restaurant, so far with your help we’ve built out the stoves, the plumbing, and the electric (infrastructure), arranged for the people we need in the front and back of the house (guest bloggers, burnout prevention), and continued to build a community (meetups and travel). We have now arrived at the point of the entire exercise, which is devising the menu and serving delicious meals: That is, our original reporting. We can have the crispest linens and shiniest cutlery and subtlest track lighting, but we want to put more on your plate than dry crusts or canned goods! So please, in this final phase of the fundraiser, dig deep! The Tip Jar is to your right.

Tech Giants, Once Seen as Saviors, Are Now Viewed as Threats NYT

Exclusive interview with Facebook’s Sheryl Sandberg Axios. Not a transcript, but a summary. “Facebook owes the American people an apology — ‘Not just an apology, but determination’ for our role in enabling Russian interference during the election.”

How Facebook’s Ad System Works NYT. Interesting discussion of ads on mobile as opposed to the desktop. Includes a sample of a “Russian” ad. It looks like the $100K “the Russians” spent was worth every penny…

The Insufficiency Of Medicaid Block Grants: The Example Of Puerto Rico Health Affairs

Spain considers change to constitution as way out of crisis FT

Isis is facing near total defeat in Iraq and Syria – but it has been beaten and come back before Independent (Re Silc). Real men go to Riyadh…

Israel to join US in quitting Unesco BBC

US demands World Bank overhaul of lending to China FT

What has derailed peace talks with the Philippine Communist rebels? Asian Correspondent

Duterte falsely claims CIA funds Rappler The Rappler. Both Russia and China have recently given guns to the Philippines. For some reason.

People are hyperventilating over a study of Russian propaganda on Facebook. Just breathe deeply WaPo and Facebook takes down data and thousands of posts, obscuring reach of Russian disinformation WaPo. “Thousands.”

Lost in the Tax Debate: Would Growth Benefit? WSJ

Pelosi Wants ‘Urgent’ Update on President’s Nuclear Weapons Authority Roll Call. “[T]he minority leader said the proposal is not about Trump; it’s about presidential powers.” That’s just silly, but the legislative outcome could be happy, regardless of what motivates it.

With Signature, Trump Tries to Chip Away at Obamacare Roll Call. “The health care order is merely the latest in a string of moves Trump has taken to erode much of what Obama put in place.” Allow me to express my exasperation: Organizations headed by impulsive, erratic, crazy, and senile people are unlikely to be able to act strategically, let alone put together a “string of moves” extending over many months. It would be helpful — at least to the American people, if not to click-driven liberal Democrat organizations — if the knobs on Trump’s character defects could be turned down from 11 so we all could focus, in detail, on what his administration is doing rather than what he is saying. More consideration of the material, less of personality, please.

Can the U.S. Repair Its Health Care While Keeping Its Innovation Edge? NYT. How about everybody gets dental? That would be “innovation.”

The Donald Trump-Kaiser Wilhelm Parallels Are Getting Scary Foreign Policy. Interesting and not hysterical. An unmentioned similarity between Wilhelmine Germany and today’s United States is that both could be termed “imperial democracies.” On the one hand, the democratic impulse and institutions, leading (for example) to Bismarck introducing social security, to steal the Social Democrats’ clothes. On the other, an empire to run with an autocrat at the top (and at least in foreign policy and war powers, the American President might was well be an autocrat. Fine, I suppose, if you have an Augustus; not so fine if you have a Caligula). I suppose I could compare The Blob to the Prussian bureaucracy, but that’s probably going too far. Readers please correct!

When Big Data went to war — and lost Politico

Bank of England Governor Takes a Crack at the Inflation Mystery Bloomberg. “What matters isn’t what the person living next door to you can command for his labor; it’s what the person across the ocean can get. ”

How the VA Fueled the National Opioid Crisis and Is Killing Thousands of Veterans Newsweek. With plenty of help from Purdue Pharma. And, of course, the Iraq and Afghanistan wars.

The little red pill being pushed on the elderly CNN. “The maker of a little red pill intended to treat a rare condition is raking in hundreds of millions of dollars a year as it aggressively targets frail and elderly nursing home residents for whom the drug may be unnecessary or even unsafe.”

The Grain That Tastes Like Wheat, but Grows Like a Prairie Grass The Nation (Re Silc). Kernza, a perennial.

Climate Change Is Making It Harder to Grow Rice Vice 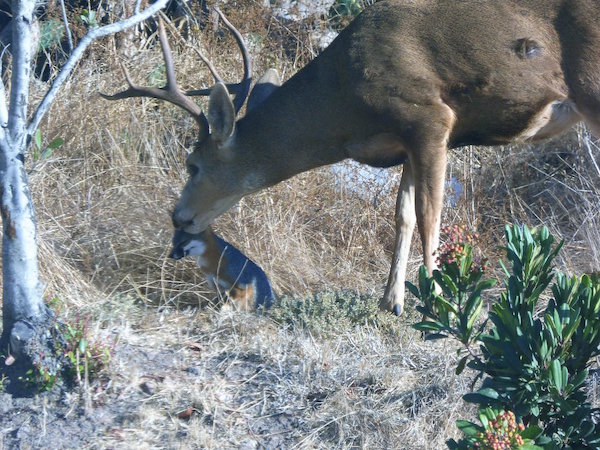