Scientists to discuss new developments in gravitational-wave astronomy National Science Foundation. Sometimes I feel like we’re living in one of those eco-collapse science fiction stories, where brilliant science is being done (generally by the protagonists) at the same time the world is blowing up.

It’s time to put ‘Austria First’; says its new (and very young) leader Unherd. “The prospect of a centre-right alliance combining smaller, business-friendly economic measures with a nationalistic ‘Austria First’ cultural policy may frighten cosmopolitan elites in Brussels, London and other capitals of influence throughout the world but it is what nearly 60% of Austria chose today.”

DER SPIEGEL: Mr. President, since entering office in May, you have made significant waves around the world. The German philosopher Georg Wilhelm Friedrich Hegel, who you read during your university studies, once described Napoleon Bonaparte as “the Weltgeist (“world spirit”) on horseback.” Do you believe that a single person can, in fact, steer history?

Hoo boy. Neera Tanden: “I disagree with some of Macron’s policies but it’s refreshing to see a deep thinker lead a country, at least after these last 9 months.”

Mogadishu blast: ‘We have never seen such devastation’ Al Jazeera

Iran: We will stick to nuclear deal if Europe does Deutsche Welle

North Korea not ready to meet with South Korea in Russia: agencies Reuters

China’s next five years: ‘Only Xi is indispensable’ FT

Clinton Compares Russian Interference in Election to 9/11 Newsweek. I imagine there are Manhattanites who would take issue with this comparison. And then, of course, there’s the warmongering aspect, since Bush (and Clinton’s) response to 9/11 was the AUMF, and the ensuing Iraq and Afghanistan debacles. Speculating freely: We are getting a sketchy picture of what a Gibsonian stub or parallel universe would look like, where Clinton won…

Exclusive: Even Pokémon Go used by extensive Russian-linked meddling effort CNN. “CNN has not found any evidence that any Pokémon Go users attempted to enter the contest.”

As Congress Weighs Debt Forgiveness for Flood Program, Some Want to See it Reformed The Intercept (OregonCharles). How about debt forgiveness for students, then?

California secessionists think their path to independence is easier than Catalonia’s McClatchy (Re Silc).

Trump Brags About Tanking Insurer Stocks With Health Subsidy Cut Bloomberg. Wonder if there was any insider trading on that weird late night announcement…

The opioid epidemic: How Congress and drug company lobbyists worked to neutralize the DEA WaPo

How DPS’s Occupation of a Border Town May Have Crippled Its Economy Austin Chronicle (MF). DPS: Texas Department of Public Safety.

Until youth soccer is fixed, US men’s national team is destined to fail The Conversation

U.S. kids don’t play soccer with bare feet on hardscrabble barrio fields where creativity dominates the action and with few grownups in sight.

Instead, too many American kids play soccer in high-tech cleats on manicured suburban fields, where they stand around quietly until an adult (often paid) runs them through repetitive drills – all to prepare for an expensive tournament three states away.

Commercial components permeate every aspect of the youth game. Research presented in my recent book on college and youth sports shows that family income is highly correlated with youth soccer participation. About 25 percent of American families have incomes over US$100,000 annually, yet they produce 35 percent of youth soccer players.

As the Duke of Wellington did not actually say: “The battle of Waterloo was won on the playing fields of Eton.” That idea doesn’t seem to be working out so well for us. I wonder why?

The NFL Protesters Are Getting Their Message Across HuffPo

Colin Kaepernick’s Collusion Claim: Does He Have a Case? Sports Illustrated

The Mathematics of Inequality Tufts Now (KS). Bruce Boghosian: “Our model, which is able to explain the form of the actual wealth distribution with remarkable accuracy, also shows that free markets cannot be stable without redistribution mechanisms.”

Evaluating the evidence on micro-aggressions and trigger warnings The Economist. Since the shaming tactics used by liberal Democrats have micro-aggression as their theoretical basis, this is a bigger deal than it may seem.

The Barriers Stopping Poor People From Moving to Better Jobs The Atlantic. Poor credit, three months rent, leaving social networks behind, putting Momma in a home, ties to the land….

In the shadow of Disney, living life on the margins Guardian (Re Silc). “The Magic Castle Inn and Suites…”

Dollar General Hits a Gold Mine in Rural America Bloomberg

The Decline of the Midwest’s Public Universities Threatens to Wreck Its Most Vibrant Economies The Atlantic (Re Silc).

Women face creeps like Harvey Weinstein everywhere – not just in Hollywood, writes Anita Hill NY Daily News (and not in the Times or WaPo, oddly).

On the political uses of evil Elizabeth Bruenig, Medium

Richard Wilbur Poetry Foundation (obituary). “Love Calls Us to the Things of This World.” 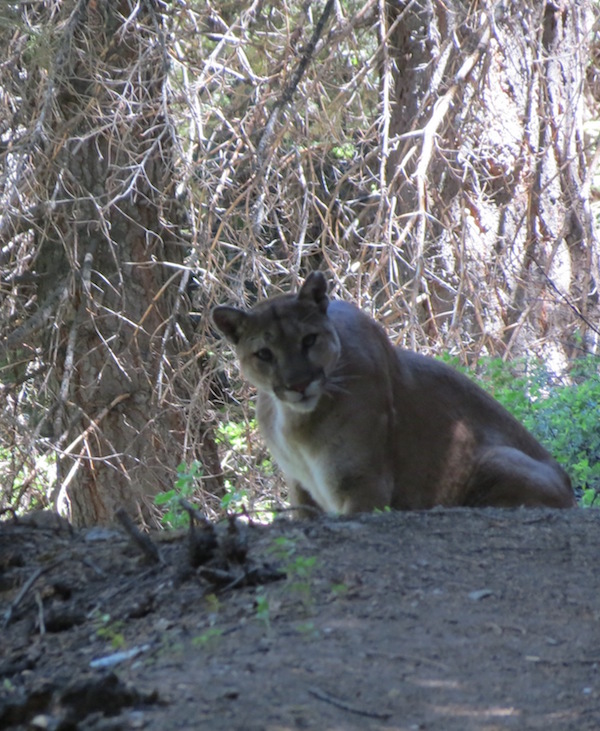 JU writes: “Here’s some mountain lion photos my friend R. took during his encounter, if you want to use one of em’…”