Lambert here: A happy result indeed! Perhaps Deripaska should have used a straw, as Peter Thiel seems to have done?

Oleg Deripaska, Russia’s aluminium oligarch, has lost his campaign to stop negative press reporting of his business conduct. In a judgement issued on October 17, a federal Washington, D.C., judge dismissed in a summary judgement, without trial, Deripaska’s claim to have been defamed by the Associated Press.

In May Deripaska launched a lawsuit in the Washington court in a bid to defend his reputation.  “Mr. Deripaska has never stolen assets from Ukraine or elsewhere”, lawyers for Deripaska said in their 12-page complaint against Associated Press (AP), the New York-based press agency. The claim sheet can be read here. It is defamatory, the lawyers added, to make Deripaska (pictured below, left) “appear to have been engaged in criminal conduct” and “making him appear infamous or odious.”

This week Judge Ellen Segal Huvelle (above, right), a senior federal judge, rejected the claim. “Deripaska cannot argue that merely being associated with the interests of the Russian government is defamatory,” she wrote, “even if it is false in the case of his contract with [Paul] Manafort. Accordingly, the Court must dismiss Deripaska’s complaint with prejudice because the statements in his complaint do not qualify as false and defamatory statements under D.C. law.” For the full judgement, click.

Deripaska timed his US lawsuit as he was attempting to recruit US investment banks to underwrite an initial public offering (IPO) of his shares in the Moscow aluminium and electricity holding EN+, of which he is presently president and sole owner. His share sale has been scheduled for the London Stock Exchange next month.  UK regulators and the London exchange disallowed Deripaska’s earlier attempt to sell shares in his Russian Aluminium (Rusal) company, the prime asset in EN+. Rusal listed its shares instead on the Hong Kong Stock Exchange. 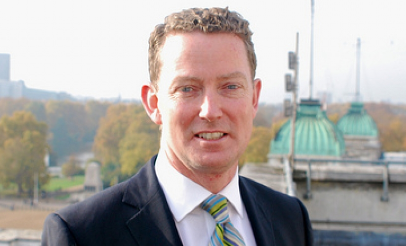 Ahead of the EN+ IPO, Deripaska has picked Greg Barker, a former staff man for Roman Abramovich’s oil company, and a junior cabinet minister under Prime Minister David Cameron between 2010 and 2015, to be the non-executive chairman of EN+.  The appointment was made public   in London on October 18, the day after the Washington court judgement was released. For a summary of the controversies involving Barker, granted a life peerage by Cameron, read this.

Three US banks are involved in the new Deripaska share sale  – Citi, JP Morgan, and Bank of America-Merrill Lynch. But there is only one share buyer — a Chinese company without the cash to meet the $500 million share purchase it has announced with EN+. Instead, the Russian and Chinese governments have ordered their state banks to anchor the share sale. For an investigation of the Russian and Chinese sides to this story, read this.

Deripaska’s dealings with Paul Manafort, a US lobbyist and political campaign organizer for Donald Trump, had been reported in print and in a videoclip by AP last March. Among its claims, AP reported that Deripaska had paid Manafort for work designed “to greatly benefit the Putin government.” For an independent investigation of the Deripaska-Manafort connection and of the $18 million Manafort received from Deripaska but has yet to repay, read this.

In the Washington court Deripaska insisted his business with Manafort was nothing more than “ordinar[y] commercial dealings”, not political influence-peddling. Deripaska insisted he was no Kremlin cat’s paw.  His reputation had been damaged, Deripaska told the court, “in his trade, profession, and community standing by [AP] making him appear to have been engaged in criminal conduct.” When Deripaska’s lawyers demanded a correction and retraction of the report, AP refused.  In their subsequent court filing, Deripaska applied for a jury to decide if he had been libelled, and what money compensation he should receive, plus exemplary damages – a sum intended to punish AP and warn others.

In its defence, AP told the court Deripaska was trying to intimidate the press and prevent investigation of his business. AP’s reporting was protected, the court was told, by a 2011 statute of the District of Columbia designed to prevent SLAPP lawsuits. This acronym stands for strategic lawsuit against public participation: that’s a lawsuit intended by those bringing it to censor, intimidate, or silence critics by imposing the cost of legal defence which reporters and publishers can’t afford.  In addition to Washington, D.C., anti-SLAPP statutes protect the press in 28 US states from New York to California. For details, read this.

According to AP, “Deripaska’s complaint fails to state any claim…In particular, the Complaint is fatally deficient because (a) the alleged implications are not actionable—some are protected statements of opinion and privileged as a matter of law, others are not “of and concerning” Deripaska, and none are reasonably capable of conveying the defamatory meanings alleged; and (b) Deripaska is a public figure who fails to plead facts plausibly alleging publication with ‘actual malice’, the degree of fault required by the First Amendment [of the US Constitution]. But a motivated plaintiff—and, especially, a well-resourced one—can assert such substantively meritless SLAPP claims to impose significant costs, burdens, and distractions on a publisher. Often, ‘the goal of the litigation is not to win the lawsuit but punish the opponent and intimidate them into silence.’ … Even if no judgment is entered against the defendant as a result of a SLAPP, a ‘pall of fear and timidity [is] imposed upon those who would give voice to public criticism’, creating ‘an atmosphere in which the First Amendment freedoms cannot survive.’ ” For AP’s 26-page argument,  click to open.

Judge Huvelle agreed, and ordered Deripaska out of court. Referring to him as “a self-described private investor and industrialist”, she ruled that as a public figure under US law, reporters may report on Deripaska as AP had done, even if they had been inaccurate or mistaken.  Russian oligarch status for Deripaska, the judge ruled, means freedom for journalists to investigate him, pursue what evidence they can find, and publish what his critics and adversaries say about him.

This repeats the judgement issued, also by the federal district court in Washington, against Mikhail Fridman and Pyotr Aven. For that story, which goes back to the year 2004, read this.  The 60-page judgement by Judge John Bates, identifying Russian oligarchs as public figures for reporters to investigate under constitutional protection, opens here.

Oleg Deripaska and Pyotr Aven together at the annual Christmas dinner for the oligarchs hosted by President Vladimir Putin each December.

According to Judge Huvelle, “Deripaska is no stranger to news coverage related to his role as a Russian oligarch and one of Putin’s closest confidantes… The Court notes that Deripaska does not dispute any material facts presented in the AP’s discussion of the factual background as it relates to Deripaska’s biography and his role in advancing Russian interests internationally…Given this concession and the many articles cited that reference Deripaska on this topic…there can be no doubt a public controversy exists relating to Russian oligarchs acting on behalf of the Russian government. For the purposes of the article in question—which touches on this broader issue as well as narrower concerns relating to the Trump campaign’s contacts with Russia—Deripaska is a limited-purpose public figure.”

“Deripaska can be fairly described as a limited-purpose public figure who has pursued a central place in a public controversy, particularly given that Deripaska has been the subject of more than a decade of media coverage on topics related to his wealth and his relationship with the Russian government. As such, Deripaska is required to plausibly allege that the AP published the defamatory falsehood with ‘actual malice’, that is, with ‘knowledge that it was false or with reckless disregard of whether it was false or not.’… Deripaska does not succeed in doing so.”

“The question must be,” Huvelle continued, “if Deripaska and Manafort did not have a contract to further Russian interests, is it defamatory for the AP to say they did? Under the circumstances, the answer must be no. Deripaska does not deny that a contract in some form existed… Moreover, it is readily available, judicially noticeable information that Deripaska openly associates himself with the Russian government. For the AP to do the same cannot be defamatory, even if it were not true.”

US lawyers familiar with Deripaska’s litigation record believe Huvelle’s ruling is the sharpest rebuke Deripaska has ever received in the US courts. “It won’t give comfort to the US banks in London”,  one of these lawyers comments, “even if the UK libel law protects Deripaska’s soft and sensitive parts from the press in that country.”