We had a very good meetup in Boston. One of the most striking things I heard from a participant who’d seen this first hand: the corridors of hospitals are prowled by the representatives of for-profit nursing homes and rehab facilities who pitch the families of patients about to be discharged. The hospitals apparently do noting to stop this. The story I was told was of a case where the family was persuaded to look at a $10,000 a month assisted living facility which was obviously sub-par.

Have any other readers come across or heard of this practice? If so, please pipe up in comments.

Separately, I had to go to the oral surgeon last week :-(. I am exhausted, for reasons that are not obvious to me.

Kea or Kākāriki? Bird of the Year contest gets New Zealand in a flap Guardian

Inside the Minds of Very Good Dogs New Yorker (furzy)

Can We Still Rely On Science Done By Sexual Harassers? Wired (Dr. Kevin)

China bans foreign waste – but what will happen to the world’s recycling? PhysOrg. Used aper is a major US export to China, but I don’t know whether that is “mixed paper” or kraft paper (think paper bags and boxes), which is high value because it is made from long-fiber pulp.

Three-quarters of the public say Brexit is going badly, poll reveals Independent. You almost never see percentages this high in polls. And 12% said “I don’t know”.

The EU is treating Britain like a naughty child: it wants to humiliate us into a bad deal Telegraph. A window into the Brexit booster alternative reality.

1/ So what did the 27 EU leaders say about Brexit in their summit room? And what does it mean for talks? A thread

200,000 protest jailing of Catalonian nationalist leaders in Barcelona WSWS. From a couple of days ago, not widely reported.

Pablo Neruda ‘did not die of cancer’, say experts BBC

Trudeau on Quebec face-cover ban: not our business to tell women what to wear Guardian

What Does the Latest F-35 Data Breach Teach Us About Defense Industrial Espionage? The Diplomat. Resilc: “Maybe it is a fake plane used solely for disinformation. Can’t be a real plane it’s so bad.”

Financial industry worried GOP tax plan will change 401(k)s The Hill. 401(k)s were not designed to be a primary retirement vehicle but to supplement pension plans. But these high-fees schemes are better than nothing, particularly with an employer match. This is not going to go over well with lots of corporate middle managers and retail brokers, both of which I would expect to lean Republican.

Feud: Elena and Neil: Why rumors of a Gorsuch–Kagan clash at the Supreme Court are such a bombshell. Slate

A Compromise on Obamacare Is Still Practically Impossible Vice

A Cub Scout pressed a lawmaker about gun control. Then his den kicked him out, his mother said. Washington Post (Dr. Kevin)

Clinton, Assange and the War on Truth Counterpunch

Trump is About to Own This Credit Cycle Bloomberg (resilc)

Weinstein board members claim lawyers hindered sex inquiry Financial Times. Even sexier than the headline suggest, pun intended. The lawyer the board says withheld information about Weinsteins’s settlements is star litigator David Boies. But this strikes me as even more of an eyepopper:

He [Weinstein] used TWC’s [The Weinstein Company’s] credit facility to advance himself funds against the licensing of movies that he owned personally;
TWC “never made a profit” and generated a loss of $65m in 2015.

Is the Fed Getting Cold Feet about the QE Unwind? Wolf Richter

Wells Fargo Fires Four Foreign-Exchange Bankers as Woes Spread to Investment Bank Wall Street Journal. This wan’t just any four bankers, which suggests that, contrary to the current story, there had to be more than one client involved:

The issue that led to the firings, along with the reassignment of a senior executive, couldn’t be fully determined. It involves one specific transaction with a client, who has been notified by the bank, according to a person familiar with the matter….

Oh, and the Office of the Controller of the Currency says Wells may need to refund as much as $80 million more than the bank had estimated for misleading sale practices with auto insurance.

Sprint, T-Mobile Deal Announcement Is Likely to Be Delayed Bloomberg. I have T-Mobile and wish this wasn’t happening.

Uber-SoftBank deal threatened by dispute over terms Financial Times. As we said, this deal has never looked solid. Which does not mean it may not get done, but more delay and sticking points (and new ones keep popping up) are not a good sign. And this term has a direct impact on price, which should not be so up in the air in a deal this far along. Consistent with what we have been saying:

The delays, and continuing signs of ill-will between some investors and board members, have led to growing frustrations, and brought a warning from one person close to the negotiations that the transaction could founder altogether if the wrangling drags on too much longer.

And the part that is supposed to ratify the current valuation clearly doesn’t:

The new investors, which include SoftBank, Dragoneer and General Atlantic, will purchase between $1bn and $1.25bn of new preferred shares from Uber. They will pay the same price of $48.77 that buyers paid last year, which implies a valuation of Uber of $68bn. Those preferred shares will come with a high degree of investment guarantees, making them more valuable than Uber’s common stock.

What Are We Doing Here? New York Review of Books. On the humanities.

INSIGHT-Short on staff: Nursing crisis strains U.S. Reuters. Resilc: “I have an old peace corps friend who homesteaded in West Va after. They had three merit scholar daughters in upper tract, West Va. one is a WVU md, another a nurse. All worked in Morgantown. Wild stories about patients and their families and rural health internships. I go every fall and help cut Xmas tress, used to pay for college. It is like going to a foreign country.”

For Some Reason, No One Wants Entry-Level Retail Jobs Consumerist

Why Are Your Wages [fees] So Low? Democrats And Republicans Don’t Know, But Marxism Does BuzzFeed (Dr. Kevin) 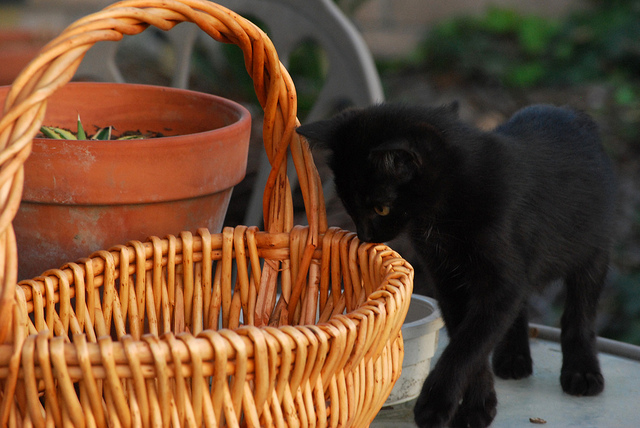