Thanks to the magnanimous donations of many loyal readers, we’re within striking distance of our targets. We’re at 1584 donors, more than 100 higher than at this time last year, and just 16 short of our current goal of 1600. It’s been gratifying to get so many new donors, particularly from outside the US. We’re increasing that target to 1750. 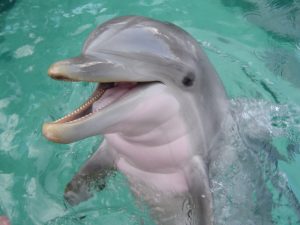 We’re also more than halfway to our last target of $35,000 or more original reporting!

Will you help make this fundraiser an even bigger success?

Many of you who have been thinking about giving may have been busy with travel, family, deadlines. But here we are on a Saturday, so take a couple of minutes to chip in for another year of incisive analysis, one-stop news overviews twice a day, lively and informative discussions, and your daily diet of cute animal pictures.

Give now, and give generously through our fundraiser page. Remember, if you help us beat our goals, that means we can do even more on your behalf!

We’ve deeply appreciated not only the many donations we’ve gotten, but also the kind, and sometimes humbling notes from readers. As Sanchit wrote,

NC has been an oasis of sanity in a veritable desert. As an Economics undergraduate at Cal, I was fortunate to find NC when I did – it helped solidify the inchoate aversion I had to finance and credentialism. Truly, NC saved me from the wretched path of consumerism that I had grudgingly set out on – because that’s what Economics undergraduates at Cal were supposed to do; it gave me the moral and intellectual support for not conforming to what was expected of me. At the same time, I have learnt more about how the world works from NC than any other source I can think of.

I have donated $100 and will continue to support NC for as long as it exists. Thanks for your work.

What this site helps to do is to develop and popularize an alternative discourse, so that instead of being stuck in glum incomprehension, people can say “yes, but ….” Given the nature of NC’s readership, and the quality of its comments, I believe it is actually helping to educate and influence people who are themselves in positions to influence others. This is a slow process, but it’s the only way it will happen…

Which can’t come soon enough, as far as I am concerned. As someone who studied economics in the 1960s – though not to an advanced level I admit – I’ve been in a state of numbed disbelief with the return from the dead over the last generation of ideas which were dismissed in a jocular footnote in those days, but now have power and dominance.

I had begun to wonder whether I was the only sane person in the world until I discovered this site a decade ago, and have read it ever since. With luck, the current fundraising round (to which many of us have happily contributed) will enable the good work to continue and expand.

Thank you, Lambert, and Jerri-Lynn for your dedication to the pursuit of truth. That your light shines brighter in these weary days, just shows how much it’s needed.

Today is the last chance for the 2017 fundraiser. You can give through our fundraiser page, where you can use a credit or debit card or a PayPal account (the charge will be in the name of Aurora Advisors).

Please also send an e-mail to yves@nakedcapitalism.com with the headline “Check is in the mail” (and just the $ en route in the message) to have your contribution included in the total number of donations.

So give now to Naked Capitalism. Whatever you can give, whether $5 or $50 or $5,000, it helps us all keep this community thriving. This isn’t just giving, it’s a statement that you are want a different debate, a different society, and a different culture. It’s time to join us as we make sure this site can do an even better job of debunking the lies that prop up a diseased power structure and promoting a more just social order.