Answering the question that won me the Ig Nobel prize: Are cats liquid? The Conversation (J-LS).

We’re in bubble territory again, but this time might be different Martin Wolf, FT

Big box stores are costing our cities far more than we ever imagined. Strong Towns. The box stores ate the downtowns, and now e-commerce is trying to eat the box stores. What then?

You’re Not Alone: Some Users Report the Screen on Apple’s iPhone X Freezes in Cold Weather Fortune. Designed by Apple. In California.

This Chatbot Will Help You Sue Anyone MIT Technology Review. Lawsuits at scale! What could go wrong?

Meet Tug, the Helpful Robot Rolling Its Way Into Hospitals and Hotels Around the World WIRED. Because everybody knows patients need less human contact.

How to Make Cars Cooperate NYT

IBM Raises the Bar with a 50-Qubit Quantum Computer MIT Technology Review. The image of the computer is beatiful.

Tory turmoil as 40 MPs say May must go The Times

Why Labour Leave believe the Government must prioritise preparing for a no-deal outcome Brexit Central. Handwaving not limited to Tories, apparently.

What are the Saudis really up to with Lebanese ‘hostage’ Hariri? Asia Times

China doesn’t like Trump’s North Korea talk. But some Chinese do. McClatchy (DK).

The Trans-Pacific Partnership has been resurrected — and it’s happening without the US Vox. Note that this is not a “final deal.”

No deal is better than a bad deal: Why Canada won the TPP stand-off Globe and Mail

How Trump Is Quietly Dismantling the Architecture of Global Governance The New Yorker (Re Silc).

Roy Moore’s alleged pursuit of a young girl is the symptom of a larger problem in evangelical circles Los Angeles Times (AF).

Speaking Truth To Power On Sex Abuse Rod Dreher, The American Conservative. “But I am pretty sure that Evangelicalism will lose significant numbers of its younger people over all this tribalism. That would be an enormous tragedy.”

Why politicians got away with sexual misconduct for so long WaPo

The Republican Party Today Is Similar To The Democratic Party Of The Late 1850s HuffPo. And when the Democrats cracked up, it wasn’t the Whigs who picked up the pieces, either.

Zuckerberg says he worked out why US is so divided FT. Not the Russians?

No, the Divide in American Politics Is Not Rural vs. Urban, and Here’s the Data to Prove It Colin Woodard, Medium. Interesting and sadly buried behind Medium’s pay-wall, instead of being readable at Woodard’s blog.

The Democratic Socialists Scored Some Big Wins. Here’s What They’re Planning Next. In These Times. I’m seeing lots of brake light clinics on the Twitter (“lots” being in the tens, not the hundreds or thousands, but still). And one flu-shot clinic (interesting). Universal concrete material benefits, especially for the working class.

Funding For ACA Sign-Up Campaigns Varies Widely From State To State KHN. Some people go to Happyville. Others go to Pain City. And it’s all random!

How Universal Health Coverage Can Be Done Right Health Affairs

Giving the Game Away Paul Street, Counterpunch (Re Silc). See also this review by Street of Alfred McCoy’s In the Shadows of the American Century: The Rise and Decline of US Global Power.

Why have we built a paradise for offshore billionaires? Thomas Frank, Guardian (KW). Because we haven’t finished their colony on Mars?

For Medical Purposes Only Handelsblatt Global

‘If I’m stratum 3, that’s who I am’: inside Bogotá’s social stratification system Guardian

Brexit, Trump, and ‘methodological whiteness’: on the misrecognition of race and class British Journal of Sociology

The Mythical Whiteness of Trump Country Boston Review. A look at J.D. Vance and Hillbilly Elegy.

Forming a Picture of the New Philanthropist NYT

A brief history of the “walking simulator,” gaming’s most detested genre Salon. “Detested” by whom? I had no idea the Pentagon “considers video games one of their key recruitment tools,” but it makes sense.

How the English language has evolved like a living creature Science 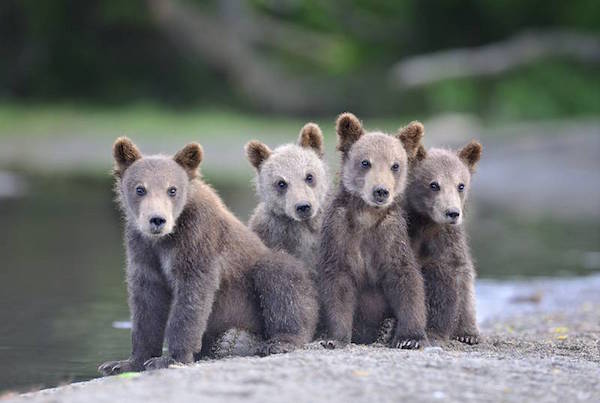