Facebook (Still) Letting Housing Advertisers Exclude Users by Race Pro Publica. There are days I think all Silicon Valley really has going for it is impunity.

What to Expect From Asia’s Big Central Banks Reshuffle Bloomberg

Letting the Air Out of Bonds Handelsblatt Global

Corbyn has seen the light on Brexit. Now he’s taking the fight to the Tories Guardian. Yves: “Important.”

Syria – This U.S. Occupation – Or “Presence” – Is Unsustainable Moon of Alabama

The Chinese classical-music revolution up close The Spectator

Every second person in India has been duped, says a new study Quartz. Not cloned; scammed.

The Memo: Mueller probe grinds on, with no end in sight The Hill. Cf. “Though the mills of God grind slowly, Yet they grind exceeding small.” –Henry Wadsworth Longfellow, Retribution.

Sex in Politics…. Not!

Anita Hill and her 1991 congressional defenders to Joe Biden: You were part of the problem WaPo

10 big things: America’s polarized politics Axios. Interesting list, but the final item — “1. How American politics went batshit crazy” — “in the past 24 years” treats liberals and Democrats as having no agency whatever in the process. That seems odd.

Donna Brazile: Bill Clinton Should Hit the Campaign Trail for Democrats in 2018 The Intercept

Is Roy Moore Losing? FiveThirtyEight. Several polls show a steady erosion of support for Moore. OTOH, the accuracy of the predictions turns on assumptions the pollsters make about the composition of the electorate. Pollsters got that wrong in Virginia 2017 (to the advantage of Democrats) but also in 2016 (to the advantage of Republicans).

The Values That ‘Values Voters’ Care About Most Are Policies, Not Character Traits Politico. Suggesting that liberal cries of “hypocrisy!” are misplaced, unless their goal be virtue signaling.

This literal gravy train is here to ruin Thanksgiving The Verge (with video). In general, I am here for trains.

Thanksgiving help for the homeless: ‘We haven’t seen numbers like this since the Great Depression’ Los Angeles Times

Wealth inequality has been increasing for millennia The Economist. Applies the Gini coefficient to neolithic societies.

Why did we start farming? LRB. James C. Scott’s Against the Grain.

From inboxing to thought showers: how business bullshit took over Guardian (Plutonium Ken). Wait, let me consult a thought leader…. 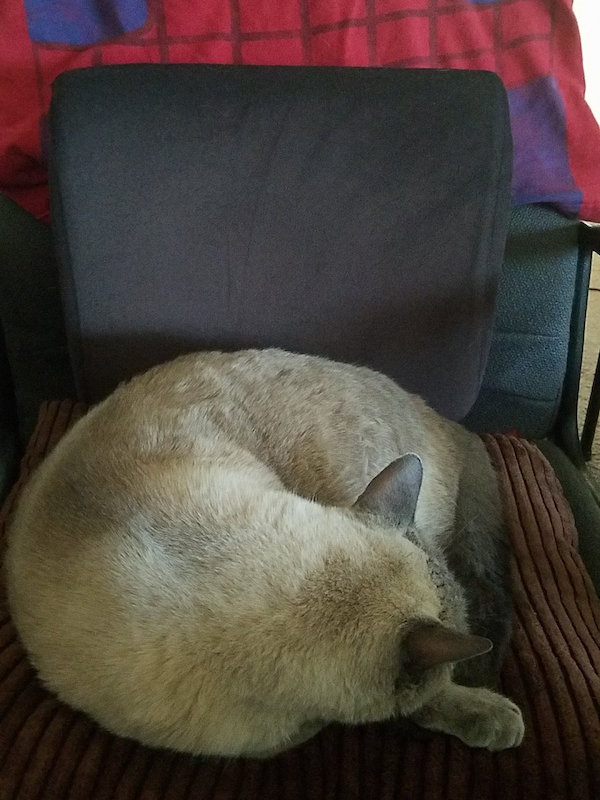 It’s not the tryptophan, or the carbs, but the cat nature. And thanks to Richard Smith for giving me the chance to level up my cat game with this anti-antidote:

“SANDRA CAN YOU OPEN THIS FUCKING THING BIT OF A SITUATION HERE” pic.twitter.com/4WOwZn9LGK