Hummingbirds Are Where Intuition Goes to Die Atlantic

Volcano Super-Eruptions: How Long Before The Next One Wipes Out Civilization? International Business Times (Oregoncharles)

Prehistoric women had stronger arms than today’s elite rowing crews PhysOrg (Chuck L). This is not as surprising as the authors make out. Rowing is an endurance sport. For strength, the maximum exertion period for strength-related activities is ~2 minutes. That is based on exercise physiology (the maximum amount of time you can rely on the lactic acid system). That is why sprinters can run flat out and middle distance runners can’t. So very forceful exertions with rests is better for strength building than repetitive use of the same muscles over longer periods of time.

Bitcoin is a global supernova MacroBusiness. “BTC is shaping as the stupidest thing that I have ever seen in global markets.”

How Breathing Calms Your Brain, And Other Science-Based Benefits Of Controlled Breathing Forbes (David L)

Britain close to Irish border deal The Times. This may be correct, but I don’t see any similar reports at the Telegraph, which broke the story yesterday on the Brexit bill tentative agreement, which was confirmed separately by the FT, the FT, BBC, or the Independent at this hour. Readers?

Theresa May: Brexit bill is still being negotiated Politico

Scottish politicians to ask European court of justice if UK can stop Brexit Guardian. Ahem, how do they have standing to raise this question? This would likely be a non-starter under common law procedures. Do civil law jurisdictions look at standing more expansively?

Amazon Plans to Send Alexa to the Office Wall Street Journal. So Amazon can spy on you everywhere.

Listen: Trump goes on a Twitter tear The Hill

It Started as a Tax Cut. Now It Could Change American Life. New York Times. Call your Congresscritter, particularly any Republican Senators. The local office is a better bet. E-mail if you can’t get a staffer. Give them an earful.

Get Ready for Concealed Guns in All 50 States Bloomberg. This is nuts. Another reason to emigrate.

2020 and the Fight Within the Democratic Party Real News (UserFriendly)

The US Coast Guard is operating floating prisons in the Pacific Ocean, outside US legal protections Public Radio International (furzy). Holy shit.

Uber paid a total of $7.5m to settle with Mr Jacobs and his employment lawyers, which the judge said was a sign the claims may have had merit. “[P]eople don’t pay that kind of money for BS,” US District Judge William Alsup remarked.

Antidote du jour. A Saturnid Moth Caterpillar, by Marco Fisher, via A New Kind of Human: 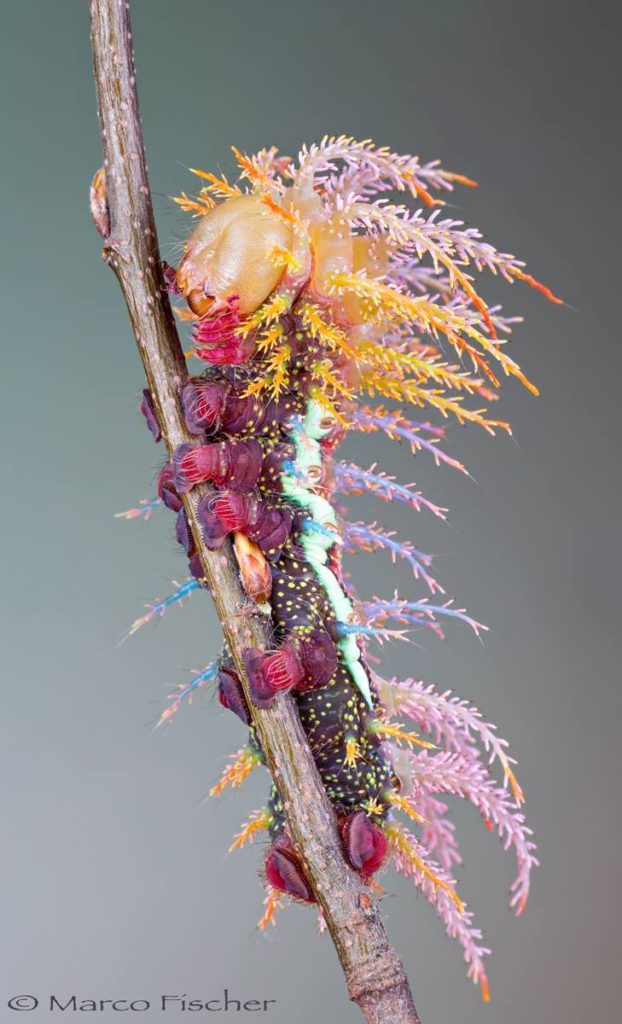