Yves here. For some perspective, consider this Quartz article (hat tip resilc), If you think the Paradise and Panama papers are bad, wait until you hear about Delaware. Key sections:

In fact, the US is one of the largest recipients of illicit financial flows from developing countries—money often smuggled out by corrupt politicians, drug dealers, or everyday criminals…

Just as small countries tend to breed the political culture that allows corporate secrecy, sparsely populated US states have competed in a race to the bottom to attract corporate investment through lax disclosure requirements. The tiny state of Delaware, called an “on-shore tax haven” by critics, garners more than a quarter of its public revenue—just over a $1 billion—from its business registry.

This probably factors into the World Bank’s assessment of the US as one of the worst offenders (pdf) when it comes to corporate secrecy. In fact, a 2012 academic study reports that it is easier to form a shell company(pdf) in the US than it is in Panama—or indeed, anywhere else but Kenya. At the top of their list? Delaware and Nevada.

Also note that this story talks about “tax avoidance” which is legal, and not “tax evasion,” which is not.

By Ronen Palan, Professor of International Politics, City, University of London. Originally published at The Conversation; cross posted from MacroBusiness

The so-called Paradise Papers may sound familiar – leaked documents from a law firm that specialises in offshore services reveal how the global elite avoids paying taxes. Even the name has the same ring to it as last year’s Panama Papers expose. But the Paradise Papers are different, reflecting the complexity of the global offshore tax system.

Panama is generally considered among tax haven experts as one of the least reformed corners of the offshore world. International rules regarding tax evasion and avoidance are intended to help national governments to pursue their own offenders, but the Panama Papers revealed that the country was being used primarily by the business and political elites of countries like Russia, China and many more in Latin America and Asia; countries where the governments are closely linked to business and which are less likely to use tools provided by new international rules to pursue offenders. Hence, relatively few Americans or Europeans were caught in the Panama story. And Mossack Fonseca, the law firm at the centre of the leak has since been discredited.

The Paradise Papers reveal the goings on of the elites of the offshore world – this time in the supposedly highly-regulated havens of the Cayman Islands, Bermuda, Singapore and the like. All places that received a fairly clean bill of health during the OECD peer review process only a few years ago. The law firm at the centre of this new leak, Appleby, insists there is “no evidence of wrongdoing” in any of the revelations.

Nonetheless, the Paradise Papers will tell us a lot about the activities of business and political elites of well-regulated countries like the US and UK – implicating big multinationals such as Nike and Apple, and individuals including the British Queen. 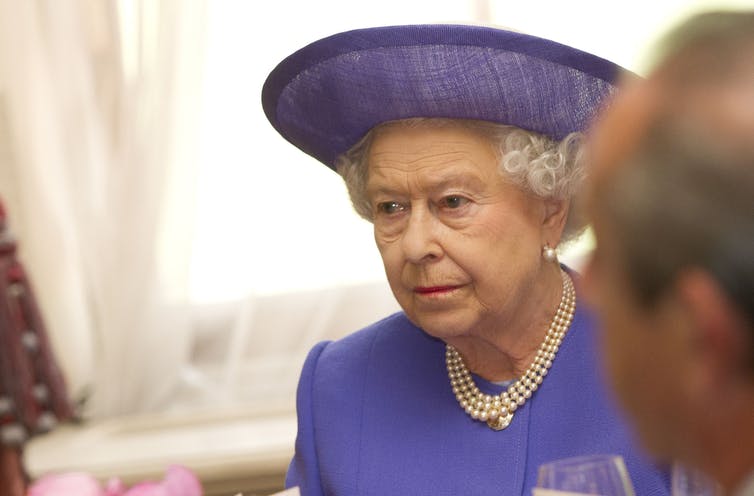 Tax Avoidance is a Booming Industry

Clearly, jurisdictions such as the Caymans Islands and Bermuda that levy no income tax, capital gains tax, VAT, sales, wealth or corporate tax, still attract a great deal of businesses. Why, for instance, has the Duchy of Lancaster, the Queen’s private portfolio, invested in two offshore funds, in Cayman and Bermuda? After all, the Queen pays tax only voluntarily.

A more charitable interpretation is that any big investor who is seeking to diversify their portfolio would inevitably end up using offshore funds. The papers show that about £10m (US$13m) of the Queen’s private money was invested offshore – a very small percentage of her wealth. There is nothing illegal about this but the ethics of it have been questioned.

Practically, the entire wealth investment industry – the industry that invests for the rich and the wealthy of our world – operates through the offshore world. And the reason why is simple. Each fund or transaction, or aeroplane or yacht, or whatever that one cares to register in the Caymans or Bermuda, is not subject to tax. And it’s hidden from public view.

Despite a spate of new regulations, the Paradise Papers show that anyone who wishes to conceal their affairs from competitors, allies, governments or the public can still do so with great ease. And they can do so through the facilities of a “trust”, an archaic Anglo-Saxon instrument that serves as a foolproof shield from scrutiny.

We have learned, for instance, that Wilbur Ross, the US secretary of commerce, had commercial links to Vladimir Putin’s family, which operated through a system of linked trusts located in various offshore jurisdictions. I do not think that even the Mueller inquiry in the US into the Trump administration’s links with Russia could have pierced the veil of secrecy offered by offshore trusts.

But the leaked documents from law firm Appleby reveal that any complex business deals that would involve concealment and subterfuge would work their way through trusts. It is high time we do something about these trusts.

The Paradise Papers show how complex financial innovations such as the use of derivatives and financial swaps arrangements, can be used for tax avoidance. This is an area of avoidance that is normally not well understood and scantily studied.

New research colleagues and I are conducting, however, has found that cross-currency interest rate swaps are used pervasively in tax minimisation mechanisms. It is difficult to detect and involves a parent and subsidiary companies swapping a loan in one currency to another. This swaps the risks and the interest rate of the original currency for the subsidiary’s – a legitimate risk minimisation instrument. At the same time, this facilitates moving funds offshore to low tax jurisdictions.

4. The Law Needs to Change

Many professional service firms operate through offshore jurisdictions. They all claim to be highly professional, following not only the letter, but also the spirit of the law.

But if these firms are not directly liable for the activities of their clients, the offshore world will continue to thrive. These firms take advantage of regulatory loopholes to arbitrate between different rules and jurisdictions in order to minimise taxation. The question is for how long such practices are going to be considered legitimate.

The Paradise Papers reveal how little the world really knows about the level of tax avoidance that takes place. UK citizens, for instance, can legally invest in offshore funds and set up companies in those havens. But they must reveal these holdings to the tax man. We do not know whether those named in the papers did, and we do not know whether the tax authorities will do something about those who did not. We only know that a lot is going through offshore. The Paradise Papers show that, despite promises of the opposite, opacity is still pervasive in the offshore world.