I have happy childhood memories of Christmas, but today’s watered-down Saturnalia leaves me unenthused; I think I turned off when (loathesome, secular, treacly) Christmas carols started playing in the stores right after Halloween. So I guess I’m a bit of a Grinch. Not that there’s anything wrong with that:

the grinch:
-works only with his trusty dog
-ostracized from society, but forgives them from their sins anyway
-asexual icon
-dismantled a corrupt capitalist institution

Be that as it may, today’s post is a collection of stocking stuffers, mostly gathered from the Twitter (the stockings being the usual categories).

I’m also leaving comments on, just because it seems a shame to turn them off entirely, but I must ask or rather tell you: Behave excellently to each other. Our comment moderation crew is lighter than usual, and nobody wants to return from the joys of the holiday to some sort of blazing inferno. Thank you!

The “War on Christmas”

A giant database tracked American English usage for decades and you’ll be totally like whatever about what it shows pic.twitter.com/O4QAA0VJjN

We said “Merry Christmas” to each other at church tonight and against dinner. You know, the word “hero” gets thrown around a lot, but sometimes it just fits.

“A History of the War on Christmas” [Snopes].

“After Going from Church to Church Seeking Help, A Mexican Family Finds Sanctuary in Philadelphia” [The Intercept]. Room at the inn….

Word of the day: “Jólabókaflóð” – lit. “Yule book-flood”; Icelandic tradition whereby people give books to each other in the months running up to Christmas — &amp; especially on Christmas Eve, when books received as gifts are read late into the night. pic.twitter.com/LfB8y1sj9O

“The incredible true story of when WWI stopped for enemy armies to celebrate Christmas together” [Business Insider]. “Huddled in their trenches on Christmas Eve, soldiers on both sides across the entire Western frontline celebrated the holiday as best as they could. Soon, all along the frontline combatants began to leave their trenches without their weapons, and meet enemy soldiers in no man’s land…. What followed was an amazing episode for humanity; enemies who were just hours ago slaughtering each other at a level unseen in human history, were talking, singing, dancing, and eating together as if they were friends.” The better angels of our nature…

I never truly feel the Christmas spirit until I see the &quot;Tony Blair being held back from attacking you in the pub&quot; card pic.twitter.com/gyke6ssb0K

This Christmas, whenever you can, show people love and show them you care. pic.twitter.com/8sLSx5PlfH

The Garner/Snipes family wants to thank you all for your prayers and support. At this moment there are no updates on Ericas condition. They ask that you take this holiday to enjoy your loved ones and for self care. More updates will come as they are available.

Last word is that she had a heart attack, and is in a coma. I’m a believer in Matthew 6:5-6, so I’m not a “Pray for ____” enthusiast on social media. But if you are a believer, do consider sending your private thoughts and prayers Erica’s way.

“Christmas and Resistance to Slavery in the Americas” [Black Perspectives]. “Yet, [Frederick] Douglass rightfully criticized the double-edged purpose of this seeming autonomy, arguing that the holidays were ‘among the most effective means in the hands of the slaveholder in keeping down the spirit of insurrection…These holidays serve as conductors, or safety-valves, to carry off the rebellious spirit of enslaved humanity…The holidays are part and parcel of the gross fraud, wrong, and inhumanity of slavery.””

“Capitalism is losing support. It is time for a new deal” [Zac Tate, World Economic Forum].

When hymns take their own advice: pic.twitter.com/8AaRqx8XRg

Woke up to two feet of snow. pic.twitter.com/FCaIt9z3dI

Pantry Clearout of Silly Jokes (3), for the techies:

* * *
Readers, feel free to contact me at lambert [UNDERSCORE] strether [DOT] corrente [AT] yahoo [DOT] com, with (a) links, and even better (b) sources I should curate regularly, (c) how to send me a check if you are allergic to PayPal, and (d) to find out how to send me images of plants. Vegetables are fine! Fungi are deemed to be honorary plants! If you want your handle to appear as a credit, pleas s e place it at the start of your mail in parentheses: (thus). Otherwise, I will anonymize by using your initials. See the previous Water Cooler (with plant) here. Today’s plant (via): 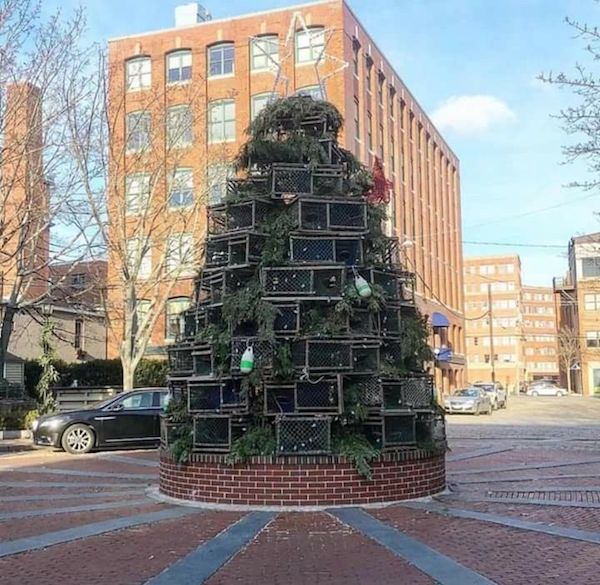