Merry Christmas! And for those of you who don’t do the Christmas routine, happy winter solstice holiday!

Eric Garner’s daughter in critical condition after suffering heart attack Daily News. If you are the praying sort, pray for her.

The lower your social class, the ‘wiser’ you are, suggests new study AAAS (Chuck L). Correlation is not causation. My observation is that how good people are at conflict avoidance/management is heavily influenced, if not largely determined, by modeling from their immediate family members. And this article has an unduly simplistic model of “class”. One of the markers of old money is their manners, their relaxed stance in social gatherings, their attention to making sure other people feel comfortable. The implicit message is: “I am secure in my position and it’s therefore easy for me to be gracious.” And while the plural of anecdote is not data, arguably the greatest diplomat of all time, Talleyrand, came from an ancient and very aristocratic family and remained a powerful figure after the French Revolution.

Should plant-based meat replace beef completely? PBS. The problem IMHO is the proposed replacement is soy protein. I’d be much happier if it were any other sort of plant protein (I often have a plant protein power which provides the proper mix of amino acids and it does not use soy). Asian cultures do not use much soy in their diets and the way they prepare most of it (fermenting, sprouting) in ways that reduce their lectin and phytate concentration. Soy also contains a lot of goitrogens, which is not so hot given that a lot of women already have a hypothyroid condition.

‘I want to help humans genetically modify themselves’ Guardian. JTM: “Offered without comment.”

This Week in Fiction: Luke Mogelson New Yorker. Robert M: “These Heroic Happy Dead by Luke Mogelson’s is a collection of loosely related short stories about veterans after they have come back from foreign wars. All of them vivid without being melodramatic.”

THE BIGGEST BREXIT BOON FOR GERMANY? MIGRATION. Center for European Reform. Missed this link from vlade earlier this month. His comment:

Basically saying “UK’s loss, Germany’s gain”. Of course, the question will be how will Germany react to it, and also the fact that for skilled jobs, you need to have a reasonable command of the language, and fewer people have that for German than for English (although I believe that for a number of multinationals – or even not so multinationals, like Raifeissen bank – English is the official internal language).

Negotiating With the Soviets RealClearDefense. Resilc: “How did our non-NATO ‘deal’ on Ukraine work out for the Russians?”

Russia’s top banker warns against new US sanctions Financial Times. Note the prominence of the defense of “oligarch Suleiman Kerimov, who is facing charges of tax evasion and money laundering in France.” See John Helmer for a different take: SULEIMAN KERIMOV HAS FRENCH LEGIONNAIRES’ DISEASE — RUSSIAN STATE BANKER, OLIGARCH AND OTHER WORTHIES BEG FRENCH PRESIDENT FOR RELEASE TO RUSSIA

Trump to Mar-a-Lago Crowd: ‘You All Just Got a Lot Richer’ New York Magazine (resilc). Tacky but tacky is in character.

“I Have Power”: Is Steve Bannon Running for President? Vanity Fair. Also savages Kushner and Ivanka.

Flake on chaos of Trump campaign: ‘Was that campaign even capable of colluding with anybody?’ The Hill (furzy)

Neoliberals Used to Refer to Themselves as New Democrats Matt Bruenig

He Stole $100 Million From His Clients. Now He’s Living in Luxury on the Côte d’Azur Bloomberg. An amazing story. Charles M: “A fine example of the “con” that lies in the “economics” of international finance, you will appreciate the reference to altruistic punishment at the end of the article.”

Must-Reads of 2017: How Finance Ate Everything Bloomberg

Who wants to buy the most expensive house in America? New York Times (Robert M)

Edward Jones-Imhotep: The Sentimental Machine Cosmological Magazine (guurst). On the logic of the guillotine.

After Locals Kept Covering Anti-Homeless Spikes With Cushions, This Building Just Gave Up/ FastCoDesign. Martha r: “February 6, but still germane. Has anyone brought pillows or mattresses in the USA?” Moi: Don’t get me started on the crapification of mattresses in the US, brought to you by private equity.”

CALIFORNIA SLAUGHTER: 100,000 California Native Americans killed during Gold Rush genocide USNewToday. Martha r: “Ssome important history I did not know. I’m not familiar with this site, but it seems harmless.”

This one is from the the Hagenbeck Zoo in Hamburg, Germany. Part of the treat for the mama and baby tiger was that getting their gift took a bit of problem-solving: 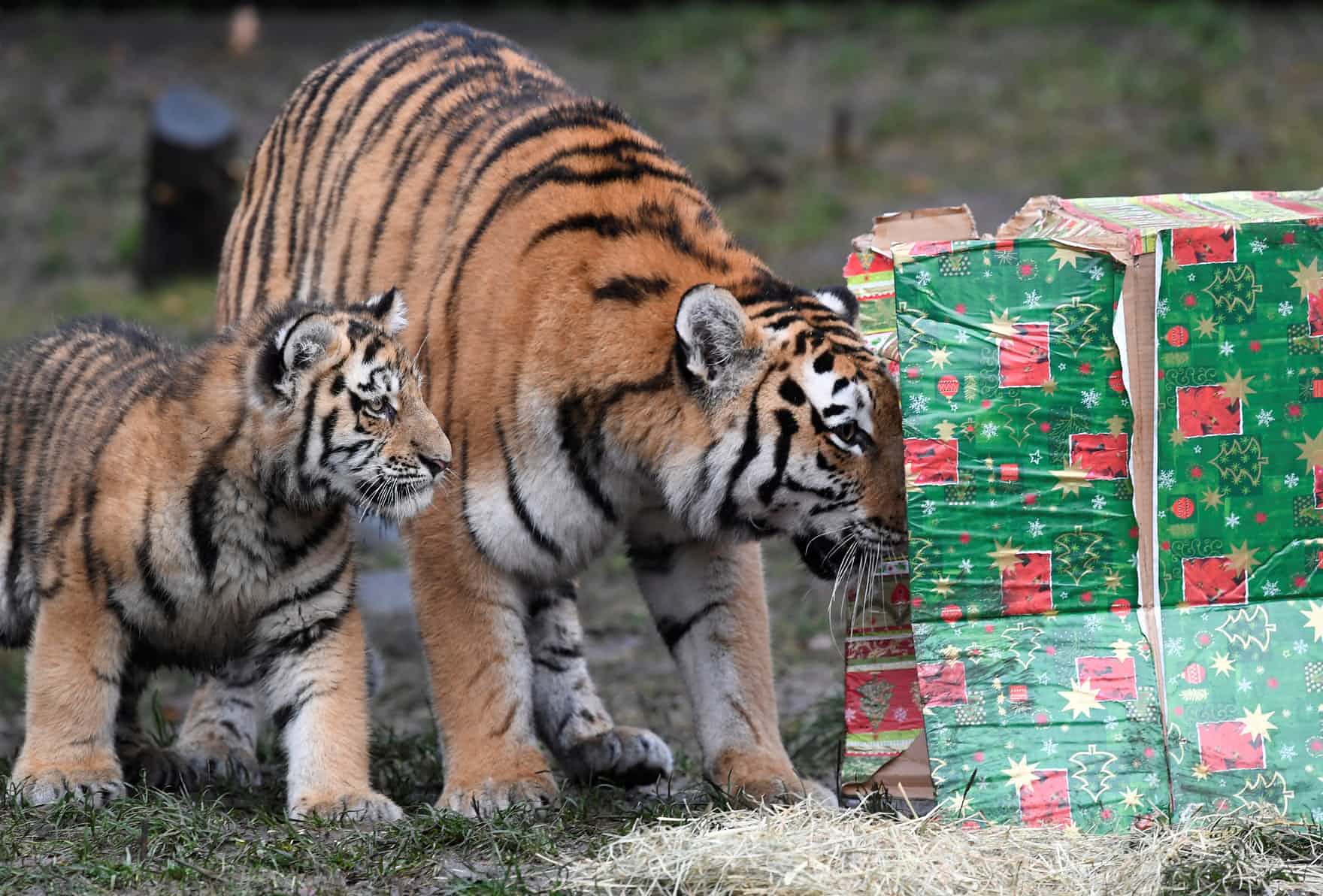 And this one, from Toronga Zoo, because Sydney: 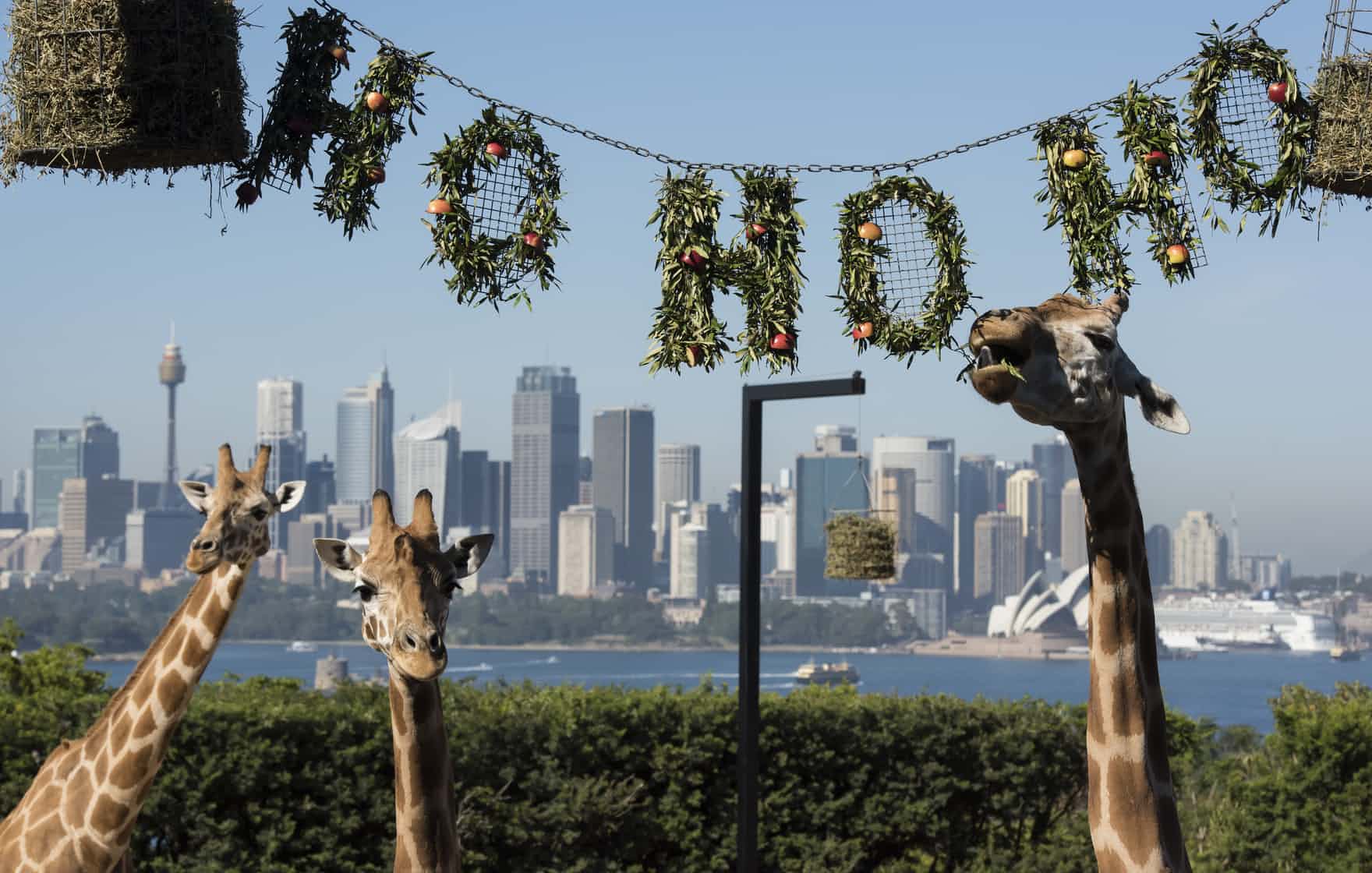