The Parrotfish Bite, Greedy Slugs, Lefty Whales and Other Amazing Animals The Wire

Opossum breaks into liquor store, gets drunk as a skunk AJC.com Now, who can resist such a headline. Not me!

Mr.Money Mustache, UBER Driver Mr. Money Mustache. Worth reading for its first-person analysis of how driving for Uber makes no economic sense for drivers (if one can see past the reflexive cheerleading for “disruption”.)

Judge dread TLS There can not be too many reminders of how abysmal the US criminal justice system is– particularly for the poor.

Clinton Should Run for Cotton’s Senate Seat Politico. Help me. Is this a legit Chelsea trial balloon? Her demand for her close-up? How many stakes do we need to put into this political vampire? At the risk of belaboring the obvious, the Dems are not going to be able to capitalize on the tremendous political opportunities unfolding– nor win again– until they move past Clinton fantasies (whether they center on the Big Dog, HRC, or Chelsea). How about a politics for 2017 and not some ‘90s redux fantasy? Or Bush dynasty remake: especially as we all know how that turned out. Junior wasn’t exactly a chip off the old block– and IMHO was a far worse president.

Is Hillary Clinton The Smurfgoat Of Our Time? Bourgeois Alien. UserFriendly: “rofl.” Moi: Another winner from UserFriendly! Keep those links and comments coming, dear readers. If we forget how to laugh, there’s no escaping the nightmare in which we’re currently trapped.

The Cost of Devaluing Women NYT. Sane and sensible commentary on sexual harassment in the NYT? I’m shocked!

Edith+Eddie: A Story of Love and Elder Abuse in the US Al Jazeera

Apple wants to know your heart rate. For science. WaPo. Am I alone in spotting the potential for grifting this opens up? Not to mention another problem: allowing a company that’s just disclosed embarassing software security flaws to collect confidential medical information.

Only 60 Years of Farming Left If Soil Degradation Continues Scientific American. And yet we continue to throw food waste into landfills– or devise high-tech solutions to burn it to replace fossil fuels– rather than making composting a national (global?) priority.

Soil Power! The Dirty Way to a Green Planet NYT

Brexit: everybody gets a prize EUReferendum.com

MALI IS FRANCE’S AFGHANISTAN, BUT WITH A DIFFERENCE War on the Rocks

John Lehman: China, Russia, Iran threaten ‘New Pearl Harbor’ Asia Times Some sensible analysis here– e.g, US procurement system broken, and I might add corrupted by grifting– if one can see beyond the hysterical headline, among other flaws.

13 GIFTS FOR THE SMART-HOME OWNER Wired. None of these is quite as ridiculous as the smart condom I included in Links last week. I encourage readers to spot obvious problems with these boffo holiday gift suggestions.

Trump moves to block Romney from the Senate Politico. Another scion whose time has come– and passed.

Trump Finds Loopholes in Chief of Staff’s New Regime WSJ. In other words, Trump finds ways to be Trump– is anyone at all surprised by that? He is the President, after all, and the chief of staff works for him, after all. Interesting detail re Melania’s role– I always suspected there’s much more to her than playing the bland arm candy role she’s been assigned by the MSM.

White House paranoid: ‘Everyone thinks they’re being recorded’ Politico. I wouldn’t call this paranoid, more a rational assessment of reality.

.@realDonaldTrump, I have a challenge for you: pic.twitter.com/i51O9st290

Despite lawmakers’ warnings, few Iowa farmers face estate tax Des Moines Register. UserFriendly: “Great Grassley quote.” Moi: So, those who spend on wine, women, and booze: does that make them deplorables? All sarc aside, this is an important piece, as it debunks the popular Republican talking point that the estate tax threatens family farms.

How Not to Debate the Tax Plan Jacobin

‘This is class warfare’: Tax vote sparks political brawl over populism that will carry into 2018 elections WaPo (UserFriendly). And it certainly should, unless– and this is a very big ask– the Democrats avoid scoring an own goal, for which they’ve displayed ample talent throughout most of the period I’ve been seriously watching American politics.

Disastrous Republican Tax Plan Is Only the First Step in Long-Term Effort to Cut Social Security and Medicare, Exacerbating Inequality AlterNet. I thought about crossposting this, but for a huge analytical gap: author Steven Rosenfeld’s failure to mention that the last two Democratic presidents were each themselves poised to gut Social Security. Don’t get me wrong, we need to worry about this threat, but cannot afford to assume blindly that Democrats are reliable on this issue.

Will the GCC summit resolve the ongoing crisis? Al Jazeera

Reality Check: Who’s buying the Putin calendar? BBC. Regardless of whether the sales figures are fake news or not, some of these pictures are priceless. Where can I get a copy?

ACCC to probe Facebook, Google over media disruption. Sydney Morning Herald. Inquiry to examine much more than alleged fake news, but I decided to file this here so it wouldn’t get lost among other links.

Cricket in the time of smog: Should Delhi be struck off the international venues list? Scroll.in
Beijing’s not alone in having massive air quality problems. Pity Kohli failed to score a triple ton. And see this: Smog kills thousands in England This Day in History 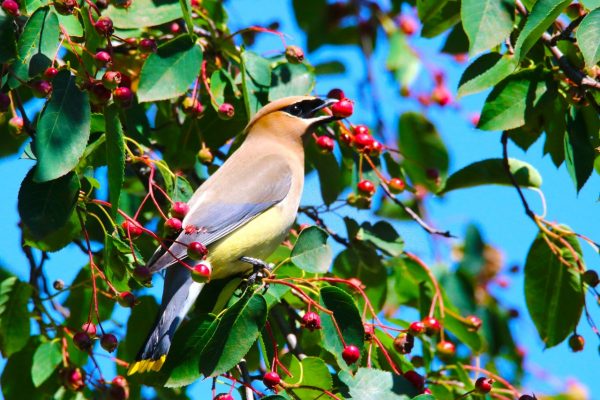