Yves here. This IEA report is more significant that it might seem at first blush, since the IEA has a bullish bias.

By Nick Cunningham, a freelance writer on oil and gas, renewable energy, climate change, energy policy and geopolitics, based in Pittsburgh, PA. Follow him on Twitter @nickcunningham1. Originally published at OilPrice

For the second month in a row, the IEA has poured cold water onto the oil market, publishing an analysis that suggests 2018 could hold some bearish surprises for crude.

The IEA’s December Oil Market Report dramatically revises up the expected growth of U.S. shale, which goes a long way to torpedoing the excitement around the OPEC extension.

Late last month, when OPEC agreed to extend its production cuts through the end of 2018, the U.S. EIA came out with data – on the same day as the OPEC announcement – that showed an explosive increase in shale output for the month of September, up 290,000 bpd from the month before.

Although there is a time lag on publishing production data, the huge jump in output in September, plus the spike in rig count activity over the past few weeks, points to strength in the U.S. shale sector. Against that backdrop, the IEA predicted that non-OPEC supply would grow by 1.6 million barrels per day (mb/d) in 2018, a rather significant upward revision of 0.2 mb/d compared to last month’s report.

Adding insult to injury for OPEC, the IEA sees oil demand growing by just 1.3 mb/d. In other words, supply will grow at a faster pace than demand next year, opening up a global surplus once again. “So, on our current outlook 2018 may not necessarily be a happy New Year for those who would like to see a tighter market,” the IEA said. The surplus will be front-loaded – the first half of the year will see a glut of about 200,000 bpd. 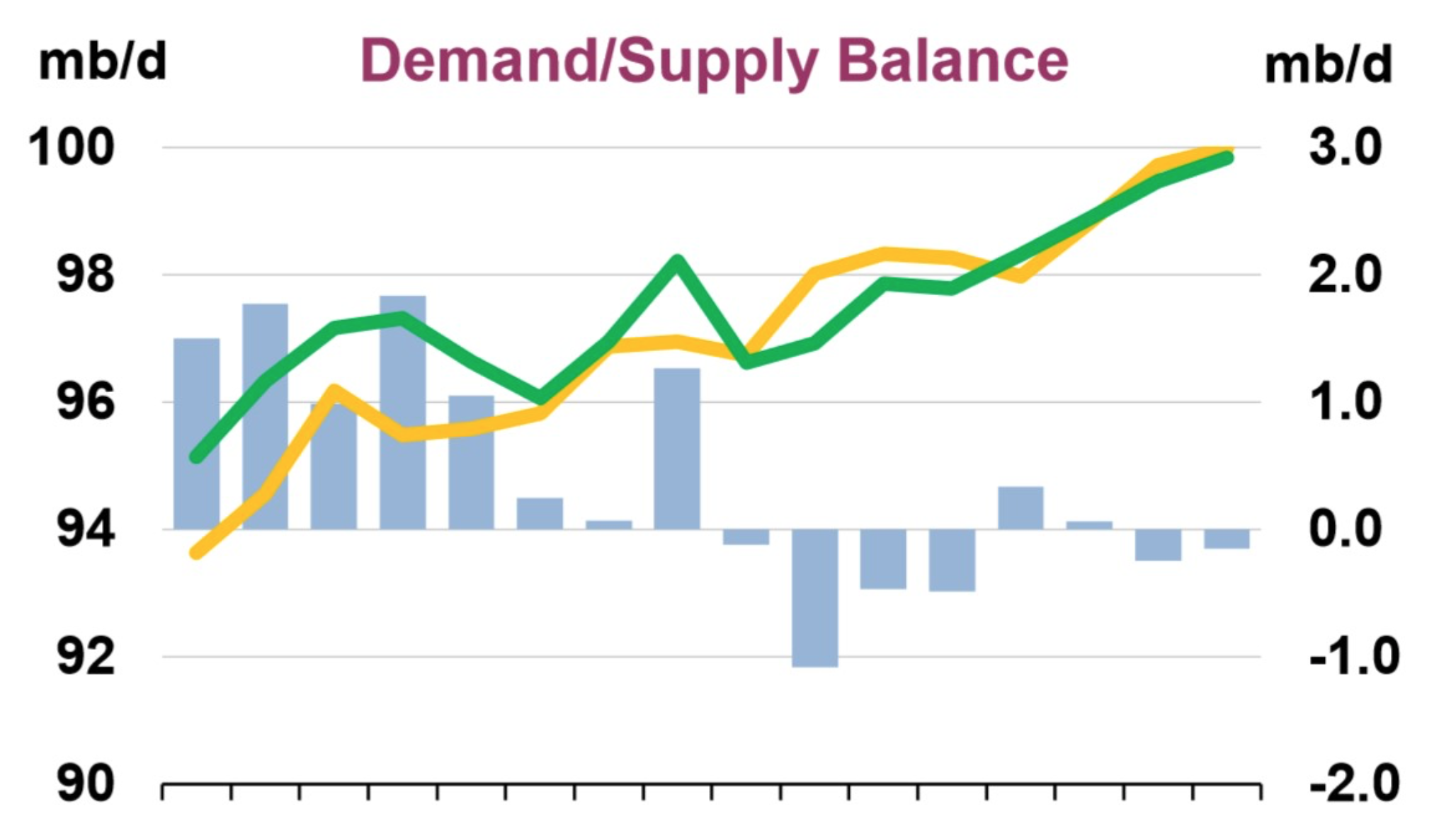 “A lot could change in the next few months but it looks as if the producers’ hopes for a happy New Year with de-stocking continuing into 2018 at the same 500 kb/d pace we have seen in 2017 may not be fulfilled,” the agency wrote. In the past few months, a sense of bullishness and optimism returned to the oil market for the first time in years, but the IEA warned that it won’t last.

The news wasn’t all bad for oil bulls. OPEC production fell by 130,000 bpd in November, due to lower output in Saudi Arabia, a rather large decline in Angola, and the continued erosion of output from Venezuela. It is the fourth consecutive month of falling output from OPEC, and the compliance rate for the cartel jumped to 115 percent in November, the highest rate so far this year. That bodes well for the extension of the deal – OPEC and its partners seem resolved to keep compliance high heading into 2018.

Inventories also continue to decline. The IEA said that OECD commercial stocks fell by 40.3 million barrels in October to 2,940 mb, the lowest level since July 2015. That decline was almost twice as large as usual for this time of year. And for crude inventories specifically, they fell counter-seasonally by 19.7 mb, including the first decline in China this year.

But even there, the IEA was quick to point out reasons to be bearish, noting that the inventory drawdowns will soon end. “Going into 1Q18, our balances imply that global oil stocks will increase by 300 kb/d, assuming stable OPEC crude production of 32.5 mb/d,” the IEA said in its report.

Those increases in inventories in 2018 largely come down to U.S. shale, which continues to grow at an impressive rate. Rystad Energy says that almost 1,000 horizontal wells were completed in October, the highest total since March 2015. That should ensure a rush of fresh supply will be added onto the market by the end of this year and into 2018.

Overall, the downbeat conclusions from the IEA report were largely backed up by OPEC itself a day earlier. The cartel published data that also anticipated large increases in U.S. shale output, including an upward revision for 2017 output by 150,000 bpd – an acknowledgement that shale drillers are adding supply at a faster rate than expected. More ominously, OPEC predicts that the U.S. will add more than 1 mb/d of new supply in 2018 – a truly staggering figure.

Putting it all together, OPEC is essentially keeping 1.2 mb/d off of the market in 2018 so that the U.S. can add 1 mb/d. It’s a quite a gamble; a bet that by doing so, the group can prevent oil prices from falling. But the payoff is debatable. OPEC is selling less oil and allowing the U.S. to sell more.

The bet is that next year inventories will fall and oil prices will gradually rise, but the IEA’s report predicts that such a scenario may not play out.