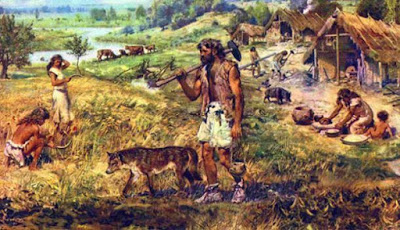 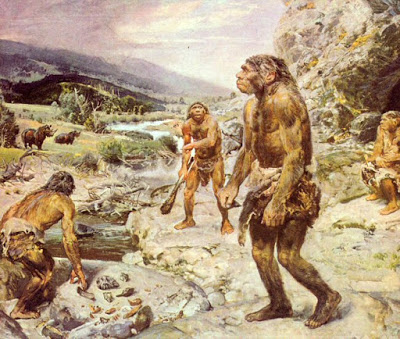 2017 has been an such unusual year in so many ways that its unusuality has masked the ways in which it has been a very usual year, a very much more-of-the-same series of months. This piece continues our look at 2017 through the most significant pieces we’ve written last year.

Part 1 is here, with a longer introduction to the year itself. Briefly, these have been the themes of the year:

• The feckless Democrats, who seem to insist on throwing away a perfectly good opportunity to make a new first impression, to clean-sweep a political return in a country aching for actual political change.

• The Republican Party, attempting at last to “win absolutely” after generations spent combatting the New Deal, the Great Society, and that Party’s most hated phrase in the U.S. Constitution — “promote the general welfare.”

• The continuation of the failed electoral revolt of 2016, which saw its one real champion lose, defeated by his own party, and its one fake champion win.

• The next phase in the Praetorian Guard-ization of the security state, which is working overtime to unseat an unfit, though elected president. (Do you really think Russia is the only foreign power to ever influence an American election? If you do, you haven’t been paying attention.)

• And finally, the relentless devolutionary march to the Old Stone Age as the last, minimal window of escape from a world-historical change in climate closes as we watch.

These were the stories of 2017 from the perspective of our seat at the Chair by the Window.

Without further ado, here is the rest of our list, eleven further pieces of writing that defined the year for us.

May 22 — The Dying Fossil Fuel Industry

Big Oil has a fatal disease, two of them in fact, and either or both are going to end its life as an industry. The only real question for us is not when the industry collapses, but how it collapses.

A sudden collapse that happens fairly quickly would also be chaotic, but that may not be bad, all things considered. Imagine what could happen in the country and the world if oil prices fall to, say, $25 per barrel from today’s price of about $50 per barrel. Smaller fossil fuel companies would disappear as suddenly as firefly light on a hot summer evening. The industry would be in economic turmoil, desperate for funding.

You can almost hear the cries for even greater government subsidies, added to the already massive global subsidies it now receives, $1.82 trillion, or 3.8 percent of global GDP. This would amount to our next big national bailout after the Wall Street bailout of 2009, as before with taxpayer money.

Would Americans foot the bill for a second massive bailout, so soon after the first? Would they do it if Big Oil is the recipient? I think the political chaos surrounding that public discussion would be deadly to Big Oil all on its own.

A chaotic event as well, yes, but also very welcome from a climate change standpoint.

America’s most abundant manufactured product may be pain.

August 7 — There Is No “Political Center” in Modern America

If there are no voters in the political “center,” a strategy based on winning them is likely to fail. So why pursue it? Perhaps because voters aren’t what the Democratic Party, or either American political party these days, is pursuing. Perhaps it’s because what both parties are actually pursuing … is money.

September 28 — The American Flag and What It Stands For

During the Nixon era, enemies of Vietnam War protestors and draft dodgers appropriated the flag as a symbol of their own aggression and anger — anger at “the hippies”; at free love (which to a man they envied); at “unpatriotic” protests against the nation’s wrongdoing; at anything and anyone who didn’t rejoice, in essence, in the macho, patriarchal, authoritarian demands for obedience to right-wing leaders like Richard Nixon.

That’s not an overstatement, and everyone reading this knows it. Why do cops wear flags on their uniforms, for example, but not nurses? Ignore the cover-story explanations and ask, is it “national pride” and patriotism the police are expressing, or something closer to their authoritarian anger?

Why do we see so little move toward positive change, and so much shrinking into simple fear? Militarized late-stage capitalism, targeting a single end — its self defense. As David Graeber noted, “the last thirty years have seen the construction of a vast bureaucratic apparatus for the creation and maintenance of hopelessness, a giant machine designed, first and foremost, to destroy any sense of possible alternative futures.”

What we did, we do — in our Ferguson-like neighborhoods; in our innocence-be-damned, glory-in-punishment courts and prisons; in abandoned storm-torn Puerto Rico; in our eager, invisible bombings and dronings throughout the Middle East and into Asia; in our happy, unironic interference in every election on earth we care about; and so much more.

International colonizing by Western Europe and its Sun King offspring, the United States, is entirely invisible to its perpetrators.

Yet nothing about the state of the world today — from a nearly inevitable climate change disaster to wealth inequality beyond the dreams of avarice — can be understood without accounting for the invisible celebrations of rape and plunder that underpin everything done by the West to the rest of the world.

In a world where competition is right and good, a world in which the “market” is the defining metaphor for human activity, all social ties are broken, the individual is an atom left to survive as an individual only, the strongest relentlessly consume the weakest — and that’s as it should be. It’s easy to imagine how the apex predators of our social order would be attracted to this, and insist on it with force.

October 30 — The Resistance, the #Resistance and Harvey Weinstein

After all, no Praetorian Guard, once it grows muscular, reverts back to a simple barracks unit just because new leadership arrives. And the anti-Trump leadership in both parties is growing us a Praetorian Guard, if we don’t have one already. You may be cheering it onward as we speak, but what you’re cheering, if you do, enables an unelected, uncontrolled, muscular security state, one you’ve certainly been appalled by in many other contexts.

Trump will go; but the unelected state grows only stronger, now with help from the #Resistance. Do you see the dilemma? How to write about this to a nation in love with what it will come, but only later, to hate?

Just as the climate disaster is and will be a rolling nightmare, advancing from frontier to frontier in its destruction — meaning, it won’t all happen at once, but in stages — so is disaster mitigation a rolling series of preventions that can knock off the worst climate effects one by one. But only if we act.

Any number of mitigating events could and will happen in the next 10 years, events that won’t cancel climate consequences — that ship has sailed — but that could offset a great many of those effects still in doubt. In that sense, it’s not “already over” — that’s way too digital, too all-or-nothing an analysis. It’s only “already over” if no one acts at all, and that’s just not what’s happening. That’s encouraging.

It’s also encouraging that the real (and so far failed) Resistance, which started with Occupy and continued through the 2016 election, has not ended. That fight — against Rule by the Rich — is also the climate fight.

December 4 — Deficit Talk Is a Trap. Will Democrats Fall Into It?

Will Democrats take the Republican bait and agree that just their donors deserve largesse? Or will they finally learn the lesson of the Failed Revolt of 2016 and spend to benefit their voters as well? The Tax Cut bill of 2017 sets up this trap. Will Democrats walk into it?

December 18 — What Would Happen If Sanders Ran for President in 2020?

A look into the farther political future, all the way to 2020. If Sanders ran again, or a credible, not money-owned, Sanders-like candidate ran in his place, how would he or she be treated? I’m not talking about a Sanders-lite, or a Sanders-masked neoliberal, but an actual threat to the status quo, as Sanders was. Eight questions about how he would be treated by the Party and the press — in the primary, in the general election, and finally if he won the presidency.

A Year of Consequences

Thus ended, for us, the year of consequences, 2017, the year that followed the crossroads year of 2016.

When we think of climate crossroads, many of us think of the election of 1980, an election that Reagan arguably stole from a man who would have put us on course to address — with just enough time to do it — the emerging climate emergency.

When we think of economic crossroads, those who don’t regret the failed Obama opportunity of 2009 — he had an FDR Congress, an FDR crisis, an FDR popular mandate, and laid them all at the feet of his donor class — those of us without Obama on our minds think of Sanders, Clinton and Trump; the Failed Revolt of 2016; and the road not allowed to be taken.

Our betters chose another path for us, and the rest, I’m afraid, will merely be consequences, the train wreck mentioned above, easily foreseen. Perhaps we won’t write about the train wreck after all, but something less widely anticipated. History, after all, doesn’t end with the Trump-and-Pence presidency. That’s just where its next phase starts.