7 Years on, Sailors Exposed to Fukushima Radiation Seek Their Day in Court The Nation (Donna M)

Real organic farmers have been hinting at taking steps to disavow the USDA’s NOSB (National Organic Standards Board) for its inclusion of hydroponically grown vegetables into the approved-as-organic list and for not excluding CAFO (Concentrated Animal Feeding Operations) from the list for awhile now. It looks like a new organic project is here. The Real Organic Project will work to support real organic farming.

History in the making: US president to meet North Korean leader Asia Times

Trump-Kim talks: US signals hardline stance as it scrambles to define position Guardian

Trump rolls the dice on North Korea The Hill

Newly revealed Russian weapons systems: political implications The Saker, Unz Review (Olga, Wat). Important. A few sour notes in some asides. One of the reasons why Russia can credibly meet or beat the US in terms military-related technological superiority is that top mathematical and physics grads have been going into finance since the mid 1980s. And much of the effort deployed in Silicon Valley since the dot-bomb era has been towards technologically trivial products, like “apps” or at most surveillance, which does more to protect US elites from the riff-raff than from foreign threats. Be sure to get at least as far as the discussion of the “cruise missile in a container”.

There Are No Guardrails on Our Privacy Dystopia Motherboard

Does Stormy Daniels Have a Case Against Donald Trump? New Yorker

This is nuts: SPLC smears @MaxBlumenthal, @RaniaKhalek and @BenjaminNorton as part of some kind of made up left-fascist conspiracy orchestrated by Putin.

Next up: anti-fracking activists? pic.twitter.com/WhDGHbBQml

Anyway, I meant what I said.

I'm done for a while.

There's something happening out here that doesn't make sense to be but smells a lot like a new version of Correct the Record with more pro-union/commie stickers on the tour bus.

Toys ‘R’ Us Is Prepping to Liquidate Its U.S. Operations Bloomberg

Judge rules Seattle homeless man’s truck is a home Seattle Times. Katy: “I’m disturbed by this article. On the one hand, I’m glad that the man won. But what happens when the government decides that you’re not homeless if you’re living in a car?” 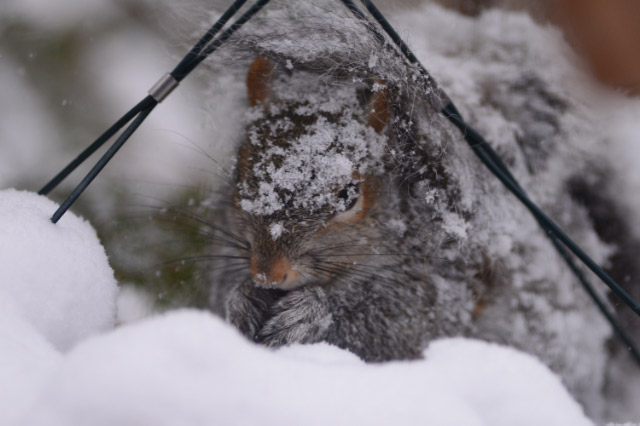 And a bonus (I think Richard Smith, forgive me if not). Looks like he’s wearing gel. Our New York City subway rats (Norwegian rats) are plumper and have fluffy coats. Cute if you can get past your reflexes about them.

Rehearsing a sewer rat. On the day there will be hundreds of them. #goodomens pic.twitter.com/2ggpMCtrN4