As the cost of dog cloning drops, here’s which breeds lead the pack MarketWatch

Toys R Us planning to liquidate its US operations ABC

Hedge fund Alden siphoned 100s of millions from newspapers in scheme to gamble on other investments, suit says News Matters

Unilever Chooses Single Base in Netherlands in Blow to May Bloomberg

U.S. troops involved in at least 10 undisclosed firefights in West Africa: report MarketWatch. Africa seems like a promising theatre for conflict investment, and probably safer than Ukraine or the South China Sea.

Is Beijing planning to take Taiwan back … by force? South China Morning Post

The Real Collusion Story National Review. A long read, worth a cup of coffee, amazingly enough.

On the Russian Presidential Campaign Trail in Siberia Part Two: Putin, Grudinin, Titov and the Meaning of Life Medium

Taibbi: Trump’s CIA Pick Took Part in Silencing Torture Suspect Matt Taibbi, Rolling Stone. My head is spinning on this one. Obama admits “we tortured some folks” but prefers to “look forward as opposed to looking backwards.” Obama appointed Bush torture advocate John Brennan as a key advisor. Then Trump appoints a another torturer — one very well-respected by the “intelligence community” (see link above) — and everybody loses their minds. Wouldn’t it have been simpler to try all the torturers as war criminals back when we had the chance? Some kind soul should survey all the MILOs running on the Democrat ticket, and ask them what they think about this. Just to clarify where we are.

Don’t Bork Gina Haspel Rich Lowry, Politico. “[T]he interrogation program [sic] wasn’t a rogue operation. It was approved at the highest level of the U.S. government.” Say it, Rich. Say it with me. “I was….” “I was only….” “I was only following….”

There’s a new secretary of state. Who cares? Politico

Highlights of the Senate banking bill Politico. If “highlights” is the word we want…

Facebook co-founder Chris Hughes says the 1 percent should give cash to working people Recode. That’s called noblesse oblige, one of the less malevolent aspects of feudalism. One imagines Hughes tossing coins to the peasants from his gilded coach…

Busting the Myth of ‘Welfare Makes People Lazy’ The Atlantic

About a quarter of U.S. adults say they are ‘almost constantly’ online Pew Research Center 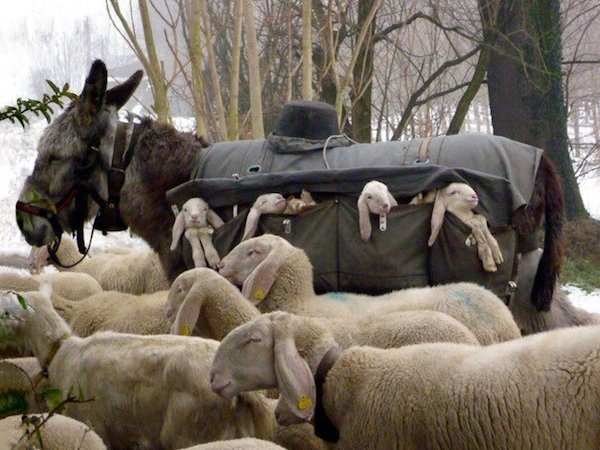