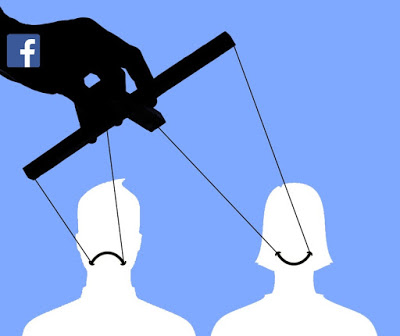 If a billion-user, private, hugely profitable company were truly this powerful, what should be done about it?

The revelations about Facebook and Cambridge Analytica have come and gone quickly, like a fiery auto crash into a ten-foot wall, the remains of which nevertheless disappear overnight — in this case replaced by the next Trump scandal to hit the news. Pedestrians walking past the crash site today can only smell the fumes of earlier fevered concerns.

Yet the Facebook problem remains, if barely considered now. As we wrote earlier, what Facebook did in that case was no more than it was designed to do. Not only that, but what Cambridge Analytica did was follow a path others had tread before, except that this time the “Trump! Russia!” taint had made its own deeds unacceptable.

But ask yourself, if either political party had done what CA did, would this be news? A scandal? Or just “how things are done around here”? And given the power of this kind of private company over the public, is its very existence in the public interest at all?

The questions surrounding Facebook are many and serious. Facebook is first a monopoly; next, a mass manipulator capable of swinging elections and other social decisions in an order-of-magnitude-greater way than simple common advertising, no matter how targeted; third, a source of enormous wealth to a powerful few; and finally, it performs an almost utility-like, ubiquitous social function in today’s Internet age. (Consider the telephone network as a utility that connects masses of people and enables communication. Now consider Facebook as a kind of modern-day telephone network. The communication is what we’re interested in. The monetizable data and metadata of our communication is what its owners are interested in. The data collection is not necessary to the communication function.)

Each of these aspects of its nature adds implications to the “What to do about Facebook?” question. As a monopoly, should it be broken up? If so how? As a mass manipulator, should its activities be curtailed? As a source of great wealth to very powerful people, it presents all of the obstacles to altering its activity as does, for example, the problem of addressing the harms done by Wall Street. And as a utility, should it be allowed to continue as a private operation, or be nationalized and run in the public interest only?

These are heady questions. This piece represents a first attempt to grapple with some of them, and I may well return to the full topic later. But let’s start here, with a look at an article in the Guardian by Barry Lynn and Matt Stoller, both of the Open Markets Institute, a think tank that studies monopolies.

The article’s title: “Facebook must be restructured. The FTC should take these nine steps now“. I recommend reading it in full, but I want to present today just the authors’ suggestions for “fixing” Facebook. These are their recommended nine steps:

2) Spin off Facebook’s ad network. This will eliminate, in one swoop, most of the incentive that Facebook now has to amass data and to interfere and discriminate in the provision of information and news.

3) Reverse the approvals for Facebook purchases of WhatsApp and Instagram, and re-establish these as competing social networks.

4) Prohibit all future acquisitions by Facebook for at least five years.

5) Establish a system to ensure the transparency of all political communications on Facebook, similar to other major communication networks in the United States.

6) Require Facebook to adopt open and transparent standards, similar to conditions the FTC imposed on AOL Messenger in the AOL-Time Warner merger settlement in 2001.

7) Establish whether Facebook violated the 2011 consent decree and, if so, seek court sanctions.

8) Threaten to bring further legal action against Facebook unless top executives immediately agree to work with the FTC to restructure their corporation to ensure the safety and stability of our government and economy.

9) Establish whether top executives enabled, encouraged, or oversaw violations of the 2011 consent decree and, if so, pursue personal fines against them.

Some of these suggestions touch on the behavior of the company relative to its users and data — numbers 1, 5, 6, and all of those relating to the 2011 FTC consent decree, which “required that users be notified and that they explicitly give their permission before data about them is shared beyond the privacy settings they have established. The developer of the [Cambridge Analytica] app sought permission from those who downloaded it but not their Facebook friends.”

Some of these suggestions touch on Facebook as a monopoly — numbers 2, 3, and 4. Some of them would indirectly but materially affect the wealth of the Facebook owners (but not the political power their wealth purchases).

None of these suggestions, however, direct addresses whether Facebook should (a) be allowed to exist at all; or (b) be nationalized and regulated like a utility, meaning operated in the public interest and not for the acquisition of private wealth and power.

So these are just first thoughts to answering the question, “What should be done about Facebook?” and only first thoughts. Still, they are important thoughts. If something isn’t done about Facebook, it will continue to be used as a mass manipulator (and grow more effective as one) by a great many actors not tainted with the “Trump! Russia!” stink — meaning both American political parties, plus our various special-interest elites, such as the military.

The implications for our democracy, assuming we have one, are great.

To consider just one, imagine a Bernie Sanders candidacy in 2020 (or a candidacy very like it), with Facebook still on the loose, and conscienceless Establishment operatives, who hate and fear him, willing to “do anything it takes” to protect their insider grip on the political process. No “Trump!” no “Russia!” in this scenario, but an outcome nevertheless as tragic for the nation, as I see it, as the one currently mourned as having already happened.

If 2020 is indeed the last electoral cycle for America to escape the twin tsunamis of, first, chaotic violent revolt against “rule by the rich,” and second, the wave of climate chaos that races toward us, it may not matter much who wins in 2020, even if the winning candidate promises nothing more than “let’s just get back to normal.” 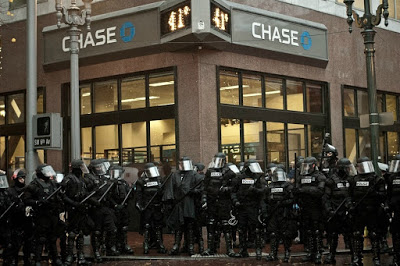 In the post-2020 world, getting back to “normal” may not be enough.