At the Tower of London, a Ravenmaster for the Digital Age Audobon

A Dangerous Antibiotic-Resistant Gene Has Spread The World. We Now Know Where It Started Science Alert (DL).

Government agencies to be sold or eliminated in Puerto Rico Noticel

Unable To Prove They Own Their Homes, Puerto Ricans Denied FEMA Help NPR

The time for revoking Brexit has passed Wolfgang Münchau, FT

Protestors occupy Holt / Farndon bridge as it is selected as ‘Brexit Hard Border Trial Site’ Wrexham.com (in Wales). Over traffic, apparently. With a summary of the UK government’s “explainer document” for trialing soft and then hard border checks. UPDATE Thanks to reader Clive for the alert, I apologize for being fooled by this story on April 1. However, I’m sure readers who have been following the Brexit saga can see why I found the story completely plausible. What a time to be alive!

Israel just killed 15 Palestinian protestors – and a prominent Corbyn supporter got called anti-Semitic for mentioning it Evolve Politics (CL). And then there’s this:

Israeli army posted a tweet accepting full responsibility and admitting that massacre in Gaza was planned, deliberate and premeditated. Then they deleted it. @btselem made a copy. https://t.co/f7nGjXLRej

Here is the copy. 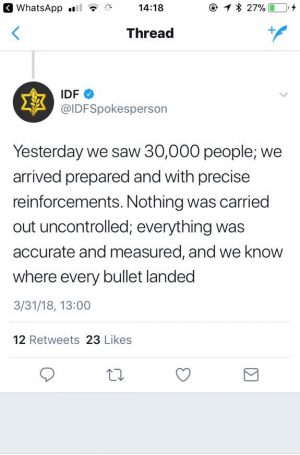 Good to know. I saw the IDF’s Tweet go by, as did other NC readers.

A Malaysian Insta-City Becomes a Flash Point for Chinese Colonialism — and Capital Flight NYT (PM). I don’t think much of the headline, but there’s a lot of detail in the article that Asia hands may wish to comment on.

Skripal: the West escalates, but where is the proof? The Interpreter. From the crazed Communists at the heart of Australian’s national security establishment….

A Look at the Russian Presidential Election From Crimea TruthDig (DG). From an international observer.

Oral evidence: Russian Corruption and the UK, HC 932 House of Commons Foreign Affairs Committee (Richard Smith). Richard Smith: “Unexpected entertainment: the sudden dumping on Liam Fox, who, as usual, deserves it. Note also that these guys aren’t necessarily convinced about the Putin-Salisbury connection and don’t mind saying so. Lastly it should be ‘Tallberg and Uniwell’ not ‘Torberg and Uniworld,’ mishearing by the transcriber; an extreme connoisseur’s point, admittedly.”

Trump is right about Amazon The Week. Another controversy that died as quickly as it blew up?

Guns in the Family Boston Review

Marching for the Democrats: Another Farce on Washington? Black Agenda Report

These are the ways student loans stop people from buying a house CNBC (KW).

Maine’s Radical Democratic Experiment Politico and The second most important election of 2018 is this June in Maine Vox. On Ranked Choice Voting (RCV), which both party establishments are fighting, and which pesky voters keep demanding.

I’ve decided to reclaim my life – by using an old Nokia phone Guardian (BC). A phone you can drop without risking the money you had saved for your deductible. What a concept. 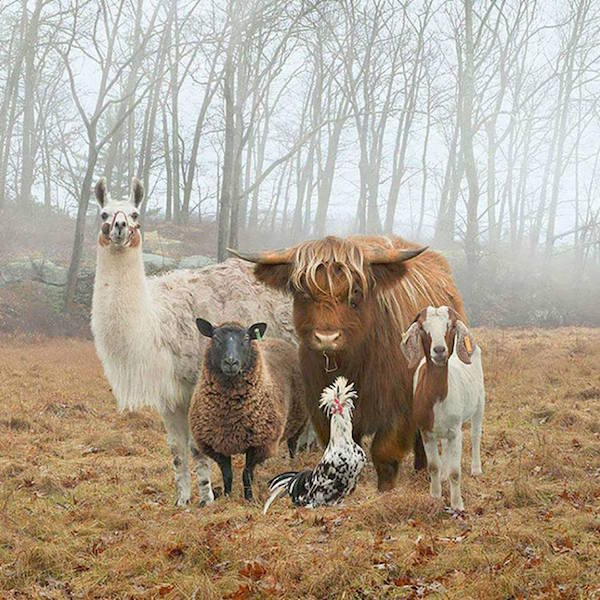