Darkest Hour: another film about 1940 openDemocracy. I missed the US theatrical release. This article makes me wonder about seeing it, since it seems to be wrong in almost all of the historical details. And that seems just bizarre given how Churchill’s flair for drama and the quick barb, along with high stakes decisions taken when he was PM, should mean there would be no need to look all that hard to find plenty of grist for a screenplay. Contrast this with one of my favorite movies, Patton, which is true to the record (save for depicting Patton as being reckless with the lives of his men. American soldiers wanted to serve in the Third Army because their odds of survival were higher there. That distortion may have been included so that the movie would not appear to be military boosterism when opposition to the Vietnam War was rising with every passing day).

How Philip K. Dick redefined what it means to be (in)human The Conversation. Alternet just picked this up. I have trouble with an article that misrepresents Dick’s work. Do Androids Dream of Electric Sheep was first published in the short story anthology edited by Harlan Ellison, Dangerous Visions.

Watch out! Goose attacks Michigan high school golfer ClickonDetriot (J-LS). Another unusual run of animal stories. No one has figured out yet what this portends…

Move Over, Double Helix: A New Form of DNA Has Just Been Discovered Inverse (David L)

Was There a Civilization On Earth Before Humans? Atlantic. From earlier this month…

Carbon Ideologies: “Could You Do Any Better Than We Did?” Boston Review (witters)

America’s petty policy on used clothes for Africa The Conversation

‘This lady died in front of me’: Toronto shocked into silence after van fatalities Guardian

Latin America in the Time of Trump James Petras (UserFriendly)

In Yemen today, the Saudis bombed a wedding, killing at least 20 people, including the bride. They killed "mostly women and children." The US & UK – who some believe do humanitarian interventions – both play vital roles in the Saudi destruction of Yemen https://t.co/496jXAigq7

Dear Natalie Portman: I too was once a liberal Zionist Mondoweiss (Chuck L)

Trump aide urges Congress to pare back bipartisan spending deal Reuters. EM: “We have to pass this bill to see just what pork is in it: ‘Congress needs to consider rolling back the spending deal that U.S. Republicans brokered with Democrats last month, because lawmakers voted to enact the $1.3 trillion legislation without reading it, an aide to President Donald Trump said on Sunday.'”

Chikesia Clemons was body slammed and partially stripped by police officers, while waiting to make a complaint at a Waffle House in Alabama. Many are now calling to #BoycottWaffleHouse pic.twitter.com/jfXKhKQQdJ

Merchants use Facebook to flood Amazon with fake reviews

For some cheery not fake news: Issue 68—The point of utopia Small Victories

Walmart’s CEO earns 1,188 times as much as the company’s median worker CNN Money

Codetermination Enters The American Political Debate Social Europe (J-LS). The fact that this (on the one hand) has sponsors in the Senate but on the other hand has gotten zero media attention is telling.

1/n This quote from an article on Bernie's upcoming job guarantee proposal is the sort of widespread naivete the proposal is up against. Note that this is an economist from the Obama administration, not, say, CATO or AEI. pic.twitter.com/jwM8fp13RJ 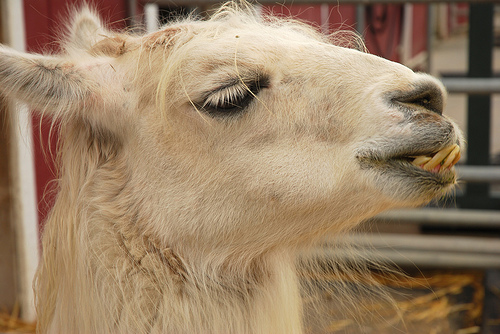 And a “surprisidote” from Richard Smith. Click on the tweet time and date stamp and scroll down for the story: