Links are a bit light at official launch time. Start now and refresh your browsers at 8:00 AM for a full ration.

Top 100 Economics Blogs of 2018 Intelligent Economist. NC is on the list again!

The future of urban transport (the bike) Wired (PlutoniumKun)

‘We don’t take cash’: is this the future of money? Financial Times (Li)

NYT: More than 2 dozen people killed by carbon monoxide after leaving on their keyless cars WSFB

What to do if you find yourself choking—and no one’s around thetakeout.com (J-LS). The problem is people probably need to know how to do the Heimlich maneuver in the first place. One of my pet peeves is that everyone should be taught this plus CPR in high school, and for older people, their first day at a job.

Australia Bans Cash For All Purchases Over $10,000 Starting July Of 2019 Gizmodo (Kevin W)

Woolworths joins Coles in storing baby formula next to cigarettes and in locked storeroom cages in a bid to stop Chinese raiders from clearing shelves and selling overseas for profit Daily Mail (Kevin W). Woolworth and Coles are the two big grocery chains.

Tension in Gaza as Palestinians prepare to bury 58 dead BBC

IMO there will be no peace for Israel … Republished 14 May, 2018 Sic Semper Tyrannis (Chuck L)

Facebook Faulted by Judge for ‘Troubling Theme’ in Privacy Case Bloomberg. Important. Potentially very big damages, and from US courts for a change.

A former Googler leading the charge against AI weapons says her time at Google taught her that even ‘nice’ people can make bad moral decisions Business Insider (David L). We clearly don’t have the same definition of nice. Or put it another way (and thanks to the state of web search I can’t find the title), a book a few years back on the personal lives of the staff at Buchenwald (or was it Dachau?) found they were “nice” people too.

Lawmakers stunned by Trump push to help Chinese company The Hill. This outrage du jour has momentarily displaced Russia!Russia! and Stormy Daniels. Rest assured, we will be back to our regular programming shortly.

Ahead of Vote on Gina Haspel, Senate Pulls Access to Damning Classified Memo The Intercept

You Should Pay Attention to the Messy Pennsylvania Primaries Vice

Legal sports betting set to explode after court ruling. But get ready for a battle over the dollars Los Angeles Times

‘A pool in the basement is a clear marker of wealth’: how the super-rich are digging down Guardian (Paul R)

Love this scene, at a distance
https://www.adn.com/alaska-news/wildlife/2018/05/13/tis-the-season-of-newborn-moose-calves-in-anchorage-heres-your-annual-reminder-to-steer-clear/

A mother moose and her twin newborn offspring rest next to the Joint Base Elmendorf-Richardson along the Glenn Highway in May 2017. (Bob Hallinen / ADN) Anchorage Daily News 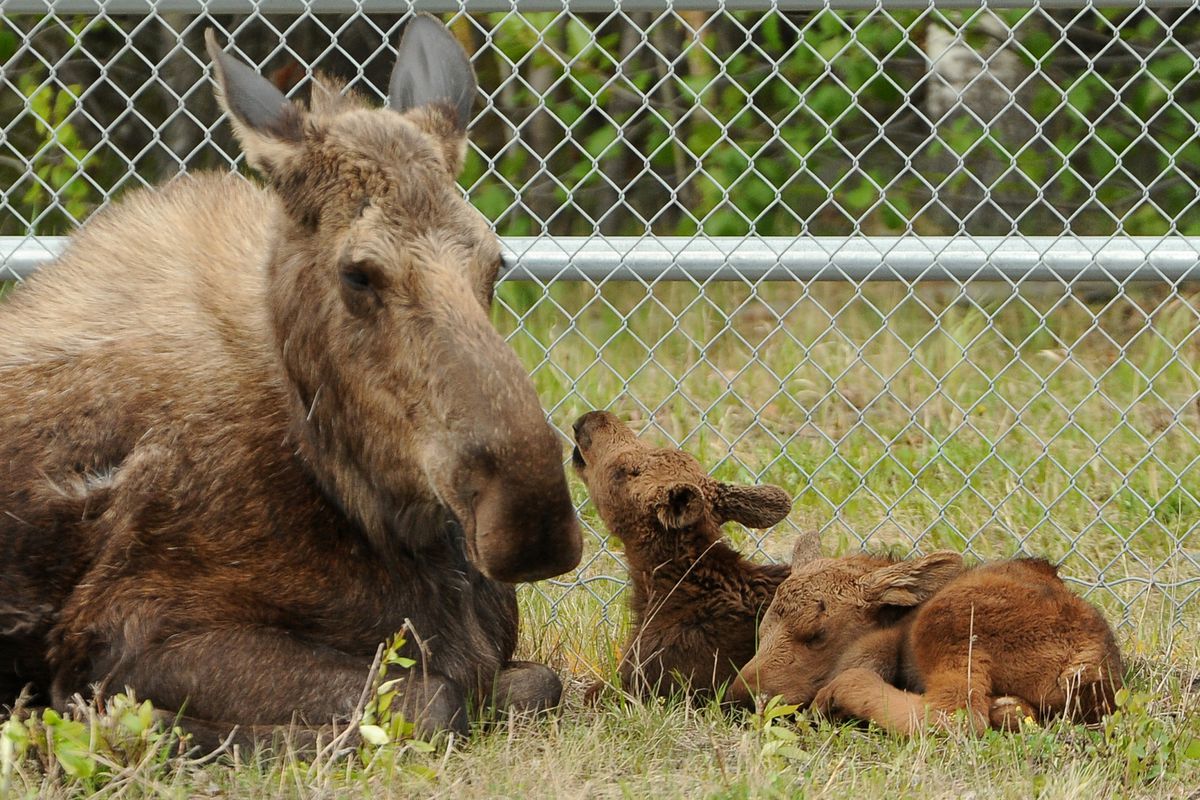