Why I Think the Stock Market Cannot Crash in 2018 Wolf Street. Bold call. Yves: “It’s only a one shot repatriation. But they may spread out the purchases. The market in 1987 was fueled by ‘buybacks’ of a different form: hostile takeovers. 3/4 of the stock price appreciation in 1987 was due to that. It still crashed. People in Japan also said the stock market would never crash, the capital flows were too large. Never say never. Tail risk is bigger than you think.”

Why the financial crisis in Argentina matters WaPo

Top bunk for $30 a day: Life inside one of Airbnb’s modern boardinghouses WaPo. A charming story, but let us remember AirBnB’s real business: A platform for regulatory arbitrage by property owners who want to go into the hotel business without being regulated like a hotel.

Wilson accuses Coveney of having head ‘stuck in sand’ BBC. Wilson is a DUP MP, Coveney is the Irish Foreign Minister. Wilson: “The fact is that the border issues can all be dealt with by technology but Coveney and co have stuck their heads in the sand, refusing to even consider this solution” [waves hands]. It seems that elite collective delusion has reached cargo cult proportions.

Theresa May asks to “trust her” on delivering Brexit Open Europe

Too Few to Mention LRB (the reference in the headline).

History will judge ETA as a failed terrorist group, but there are lessons to be learned London School of Economics

The Fracturing of the Transatlantic Community The American Interest

How the C.I.A. Is Waging an Influence Campaign to Get Its Next Director Confirmed NYT. A Times reporter comments: “Funny how CIA sometimes is willing to step out of the shadows, or at least part-way out of the shadows….” Indeed.

Did the FBI Have a Spy in the Trump Campaign? National Review

The public case against Trump Axios

Donald Trump may be the best thing that ever happened to George W. Bush WaPo. In WaPo’s Style section, therefore important (really). Not only is this a puff piece for the warmongering toads at the The Atlantic Council, it erases the role of liberal Democrats in rehabilitating Bush. Grim hilarity: “The [Atlantic Council] has considered giving Bush the award for the past few years, but the Iraq War was always the stumbling block.” I can’t think why. Hillary voted for it, after all.

A near-universal health-care plan that wouldn’t break the bank Editorial Board, WaPo. Another marketplace! With “skin in the game”! But different and better subsidies! Please kill me now.

‘The Time for Single-Payer Is Now’: Countering Corporate Lies, Doctors Run Ad Providing the Facts About Medicare for All Common Dreams

Dems increasingly see ‘electoral dynamite’ in net neutrality fight The Hill. A party with no core principles casts about for an issue. Not that there’s anything wrong with that.

What Google is doing with your data Queensland Times. Yikes:

Australian Competition and Consumer Commission chairman Rod Sims said he was briefed recently by US experts who had intercepted, copied and decrypted messages sent back to Google from mobiles running on the company’s Android operating system.

The experts, from computer and software corporation Oracle, claim Google is draining roughly one gigabyte of mobile data monthly from Android phone users’ accounts as it snoops in the background, collecting information to help advertisers.

A gig of data currently costs about $3.60-$4.50 a month. Given more than 10 million Aussies have an Android phone, if Google had to pay for the data it is said to be siphoning it would face a bill of between $445 million and $580 million a year.

OK, Oracle wants to stick the shiv in. That doesn’t mean they’re wrong on the facts.

AI and the hopes for utopian socialism AEI (!).

Teachers Are Leading the Revolt Against Austerity The Nation

Don’t shrink the role of markets—expand it The Economist

Major depression on the rise among everyone, new data shows NBC. So, go long pharma?

How to handle the dark days of depression Nature

The Wizard of Q Harpers. Read all the way to the end. 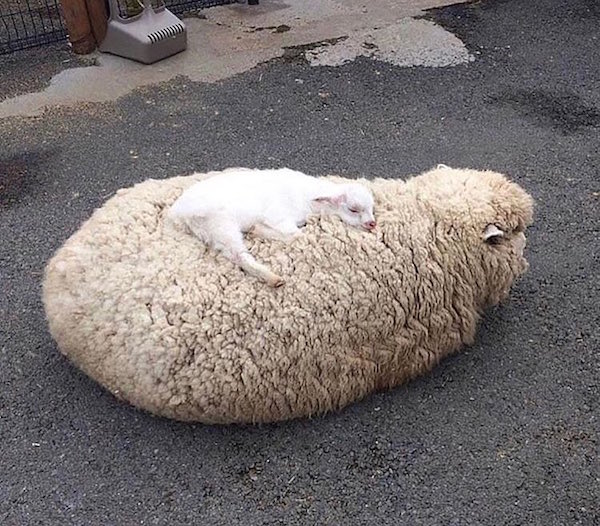