The Silence of the Bugs NYT (J-LS). “A study published last fall documented a 76 percent decline in the total seasonal biomass of flying insects netted at 63 locations in Germany over the last three decades. Losses in midsummer, when these insects are most numerous, exceeded 80 percent.” Anecdotes from the NC readership support this: “I have not seen a bug splat on a windshield for ages.” More from the article: “This alarming discovery, made by mostly amateur naturalists who make up the volunteer-run Entomological Society Krefeld…” Wave that in front of anybody whinging that all the jobs in a Jobs Guarantee have to be “make-work.” There are enormous opportunities in citizen science.

Is This the Next Big Retailer to Melt Down? Its Bonds Crashed Wolf Street. Private equity strikes again!

S&P 500 companies have returned $1 trillion to shareholders in tax-cut surge Business Insider. Yves: “‘Returned.’ Help me. Sure to be mainly buybacks.”

FIFA Is About to Destroy World Soccer Bloomberg

The Manchester bomber was only able to massacre people because of the mistakes made by the British government Independent (J-LS).

The Unthinkable with North Korea: A Tilt at the Fulcrum of World Power? NBR. Old-school balance-of-power realpolitik, and none the worse for that.

Five signs the US-North Korea summit might still happen The Hill. Note that the US advance team has left for Singapore.

Nuclear Diplomacy Between Brazil and Argentina: An Imperfect But Important History Lesson War on the Rocks

Maastricht and All That Wynne Godley, LRB. From 1992, still germane.

Here’s a t-shirt you could wear everywhere in East Asia without upsetting anyone Quartz. Handy map of claimed territories in the South China Sea. No issues here!

US lost track of 1,500 immigrant children, but says it’s not ‘legally responsible’ CNN. Much virtue-signaling on this one.

The President has created a broad anthem standard that goes well beyond the playing field Pro Football Talk. Presumably beer sales will halt while the anthem is played?

Stormy Daniels in ‘Vice Industry’ Crypto Effort Investopedia (E. Mayer). E. Mayer commments: “Ms. Daniels has her liaison and legal battle with Trump to thank for rescuing her from ‘Stormy who?’ PR-oblivion and thus enabling her to cash in big-time. Ain’t capitalism grand? We even have another set of ‘everyone will make money!’ promises, so clearly in a few years we can expect to see a batch of newly-minted PornCoin billionaires, not just on the coin-issuer side, but also among the more heroically avid ‘content consumers.'” I dunno. On the one hand, I’m very happy to file Bitcoin and its ilk under The Bezzle. On the other, the demand for porn drove the expansion of the Internet, home video, and the printed word. So…

The Real Constitutional Crisis Kimberley A. Strassel, WSJ. “Mr. Trump has an even quicker way to bring the hostility to an end. He can—and should—declassify everything possible, letting Congress and the public see the truth. That would put an end to the daily spin and conspiracy theories.” Good point, unless of course all parties to the dispute view “daily spin and conspiracy theories” not as a bug, but a feature.

The Long Journey to Remember One of History’s Worst Lynching Massacres Vice. Note the essential role of debt.

Facebook accused of conducting mass surveillance through its apps Guardian

How Google turned me into my mother. Idoneous Security. From February, still germane.

Yes, Alexa is recording mundane details of your life, and it’s creepy as hell MIT Technology Review (KS). “I haven’t yet decided if Alexa will be leaving our home; I’m going to talk it over with my family first. But you can bet the Echo Dot’s microphone will be muted while we discuss it.” You mean, Echo Dot’s mute button will have been pressed. Not quite the same, eh?

Bernie Sanders: Why Democrats Can’t Win Midterms 2018 Without Him Newsweek. Amazingly, not a hatchet job, or at least not a crude hatchet job.

The case against Democrats winning back the House Chris Cilizza, CNN. Democrats about to blow another easy lay-up? Still, 162 days is a long time in politics….

Hillary Clinton’s other dream job? To run Facebook Los Angeles Times. Clinton: “It’s the biggest news platform in the world. We can listen to really brilliant experienced writers like [Washington Post columnist] David Ignatius and try to keep up with the news, but most people in our country get their news, true or not, from Facebook.” She will not change. There’s the elitism (“we” vs. “most people”). Then there’s the sloppy wet kiss for David Ignatius.

These U.S. Workers Are Being Paid Like It’s the 1980s Bloomberg (JT McPhee).

Students with lower A Levels from poorly performing schools do just as well on medical degrees University of York (KS).

Symposium: For decades, court has built “an edifice of its own creation” in arbitration cases — it’s time to tear it down and rebuild SCOTUSblog

Cultural hitchhiking and competition between patrilineal kin groups explain the post-Neolithic Y-chromosome bottleneck Nature. “This suggests that around 5000–7000 BP [Before Present, so 2000-5000 BC], coinciding with the post-Neolithic period in each region of the Old World for which the bottleneck was found, there were minor changes in the number of reproducing females and a more stable female population, whereas dramatic reduction in the number of reproducing males occurred.” So, virilicide? 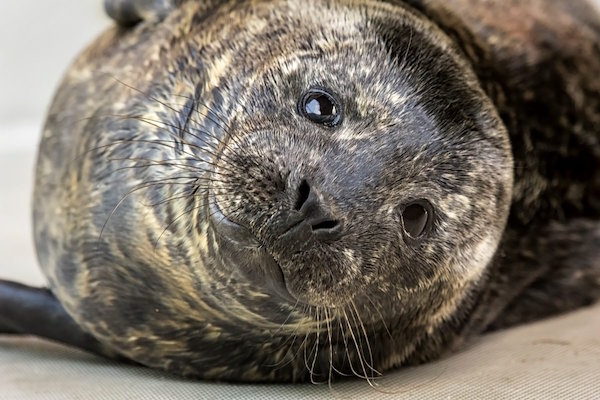