Last year, on a trip to the West Coast where I also had 2 emergency room visits, I managed to lose a 22 karat gold earring that I cannot replace, either $-wise or style-wise.

Tonight, I lost my laptop, which is an over $3k mess given that I will have to buy a replacement (which means used or refurbished, I want the 2015 MacBook Pro) and find and pay someone to set it up and (first) retrieve data from my backups. And I don’t have a Mac person right now (I never used to need one, the fact that I do is a symptom of the crapification of the Mac). Add to that the considerable tax on my time (getting laptop, being idled during backup retrieval and set-up/data transfer to new machine). And I have a program I really like on my current Mac which may not run on a more current version of the OS.

I blame it on the gods punishing me for not stumping up to buy a new check-in size bag. I always use carry-ons save when going to Maine, and last year, the airport staff ripped the handle off the big bag I had.

During normal travel, the laptop always goes in my carry-on, (I have very specific routine) so no risk of loss.

I had an old carry-on that was pretty much kaput and had bought a new exact replacement. I took the old carry-on to Alabama and took back a larger bag that my mother is no longer going to use.

I also felt like crap last night and on the flight, so bad that all I did was sit with my eyes closed and feel miserable. In the cab from the airport, all I was thinking about was how fast I could get into bed.

So the big bag went in the trunk. The laptop in its black bag went on the black seat. I somehow got out of the cab without the laptop.

I paid cash and didn’t get a receipt (this is where my effort to minimize info about my comings and going comes to bite me, and I really should make a point of getting a receipt, that part was a complete self-inflicetd wound). I have reported the loss to the police, to both of the precincts locations where cab drivers leave lost goods, but I doubt I will see this laptop again.

And on top of that, I was fond of the laptop bag. It was an old Kensington Skin case that was at least 15 years old, simple, lightweight, sturdy shoulder strap, did the job. All the replacement candidates have too many features and are too heavy.

It seems I’m doing ongoing harm to myself starting with when I tripped on my shoelaces in the Atlanta airport on January 1, 2017 and wrecked my hip and ankle and have not been remotely the same since.

I know I’m now just whining, and there are many readers with far more serious hardships. But I am upset not just about this stupid blunder but also that this also now feels like a pattern, that everything I do on a routine basis just gets more and more difficult (among other things, the demands on us just keep going up while our ad revenues have been wobbly) and on top of that, I am regularly making things worse for myself.

Are You Listening? Hear What Uninterrupted Silence Sounds Like NPR (Kevin W)

#BREAKING US Foreign Affairs: We express our concern at the raid in #Saada & demand an investigation by Saudi arabia"
USA which has officers in room control giving targets asked KSA the lead of the coalition to make the investigation about the bus full of children they bombed

Donald Trump has thrown the Turkish lira under the bus Economist

How Turkey’s Currency Crisis Came To Pass Moon of Alabama

China will buy Turkey on the cheap Asia Times. Um, China did not rescue Pakistan, and Pakistan asked for help.

So, the ‘ideal’ Dem-establishment candidate would seem to be a centrist LGBT[whatever] former-intelligence-community person of color who made their real money in Big Finance/Pharma/War. Did I leave anything out?

To Learn How to Govern, Go Home Again RealClearPolicy

Inside Twitter’s Struggle Over What Gets Banned New York Times (David L). Yesterday, the Times had a story pumping for Uber…

The Bond Market Doesn’t Control Anything; the Currency-Issuing National Government Does Ellis Winningham. UserFriendly: “MMT explained with some pleasant snark.”

No College Degree? Your Employment Chances Are Higher in These Places Governing (UserFriendly). Funny, CalPERS isn’t on the list.

In expensive cities, rents fall for the rich — but rise for the poor Washington Post (UserFriendly)

What Businesses Should Be Doing for Their Communities Govening

Antidote du jour. Tracie H: “So, this might be hard to make out—because it’s just hard to find a poodles face sometimes. It’s two young red poodles racing in circles in opposite directions, both airborne when they pass each other.” 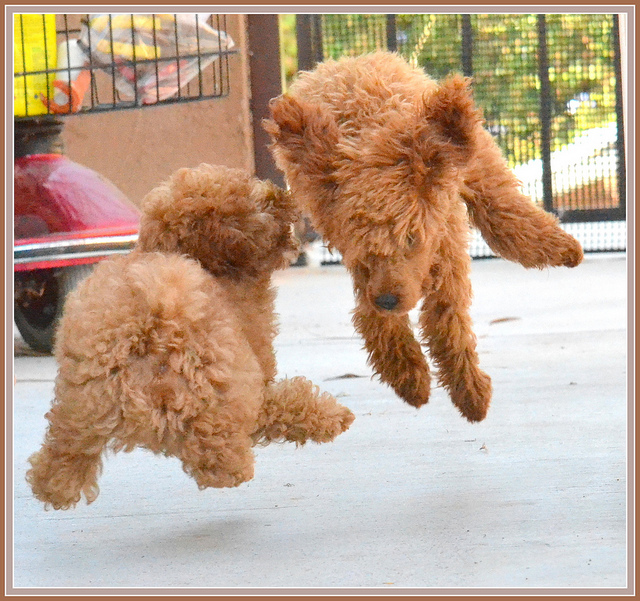 And a bonus antidote of sorts:

? Their population has dropped 40% in recent years because of hunting and habitat loss.

? They no longer exist in 12 sub-Saharan countries. pic.twitter.com/r2GGm83NKm