I am again sorry for giving you short rations in terms of original posts. I am slogging along on what will hopefully be some titillating original reporting, and am also contending with laptop loss fallout and resulting time sinks. There is still a possibility the TLC can locate the cab (they said they’d get back to me with the results of a detailed search by end of day yesterday but didn’t). In the meantime, I am checking out replacement options and consultants. In another proof of the severity of Apple crapification, I was shocked to learn that even on laptops, you can’t upgrade the RAM! WTF?!?

Parrot tells firefighter to ‘f*ck off’ during rescue attempt Mashable

You can adopt dogs that failed government training for being too ‘nice’ — here’s how This Insider. Dan K: “Certified underdogs.”

Elephants rarely get cancer. Here’s why this matters to humans CNN (David L)

The science behind rooting for the home team MedicalXpress (Chuck L)

An army of deer ticks carrying Lyme disease is advancing. It will only get worse. Grist

Robot manipulates humans in creepy new experiment. Should we be worried? NBC (furzy)

We’re in a new age of obesity. How did it happen? You’d be surprised George Monbiot, Guardian

Integrity of official statistics under threat Bruegel. On a perverse prosecution.

Los Angeles is first in US to install subway body scanners Associated Press. Great. I see a future with no public transportation for me. I opt out of scanners at the airport. As a reader who has worked on military-related projects has pointed out, if you go through and airport scanner, after as few as two trips, they can match your scan to you, effectively creating a biometric ID

Google tracks users who turn off location history BBC. I’ve assumed this to be the case, that if your device has GPS location, the only way to disable that is to put it in a Faraday bag or remove the chip.

Paul Manafort Defense Rests Without Calling Any Witnesses Bloomberg. A lawyer buddy says that means Manafort’s team is confident that they can win the argument that the government didn’t meet its burden of proof. We’ll see soon enough if they are right.

America’s debt has exploded. Why does no one care? Washington Post. UserFriendly: “Why isn’t he behind bars?”

We Looked At Hundreds Of Endorsements. Here’s Who Democrats Are Listening To. FiveThirtyEight. Dan K:

Gah. There was clearly enough analysis done (mentioned in several detail discussions) to post a second chart aggregating by contest rather than by candidate to eliminate multiple endorsement effects, as discussed here:

Four “Yutes” And Counting: Controversy Grows Over The Judge’s Comments In The Manafort Trial Jonathan Turley

Pelosi seizes on anti-corruption message against GOP The Hill

Wells Fargo was hit with more scandal. But does anyone care? American Banker

Bitcoin is ‘useless as a payment mechanism and ridiculous as a store of value,’ ex-PayPal CEO says CNBC

Nationalists, Technocrats, and Urbanists: A Theory of Today’s Politics Medium. IowanX: “I think this is a really interesting take on stuff. A long cup of coffee, but likely evergreen. I like this Andrew Dobbs guy from Austin. Housing IS health care! Who knew!”

The Children of the Opioid Crisis Wall Street Journal (UserFriendly)

Here are series of photos of jellyfish (sorry, can’t say what kind) we came upon on shore of Tutka Bay, AK. This one was snagged on barnacles as tide had receded. Have no idea if once cast ashore jellyfish are goners, but we watched as the tide came in to see what would happen. It did indeed break free of barnacles as bottom photo shows, but didn’t clearly drift away. We were rooting for it to have a safe return to the bay. 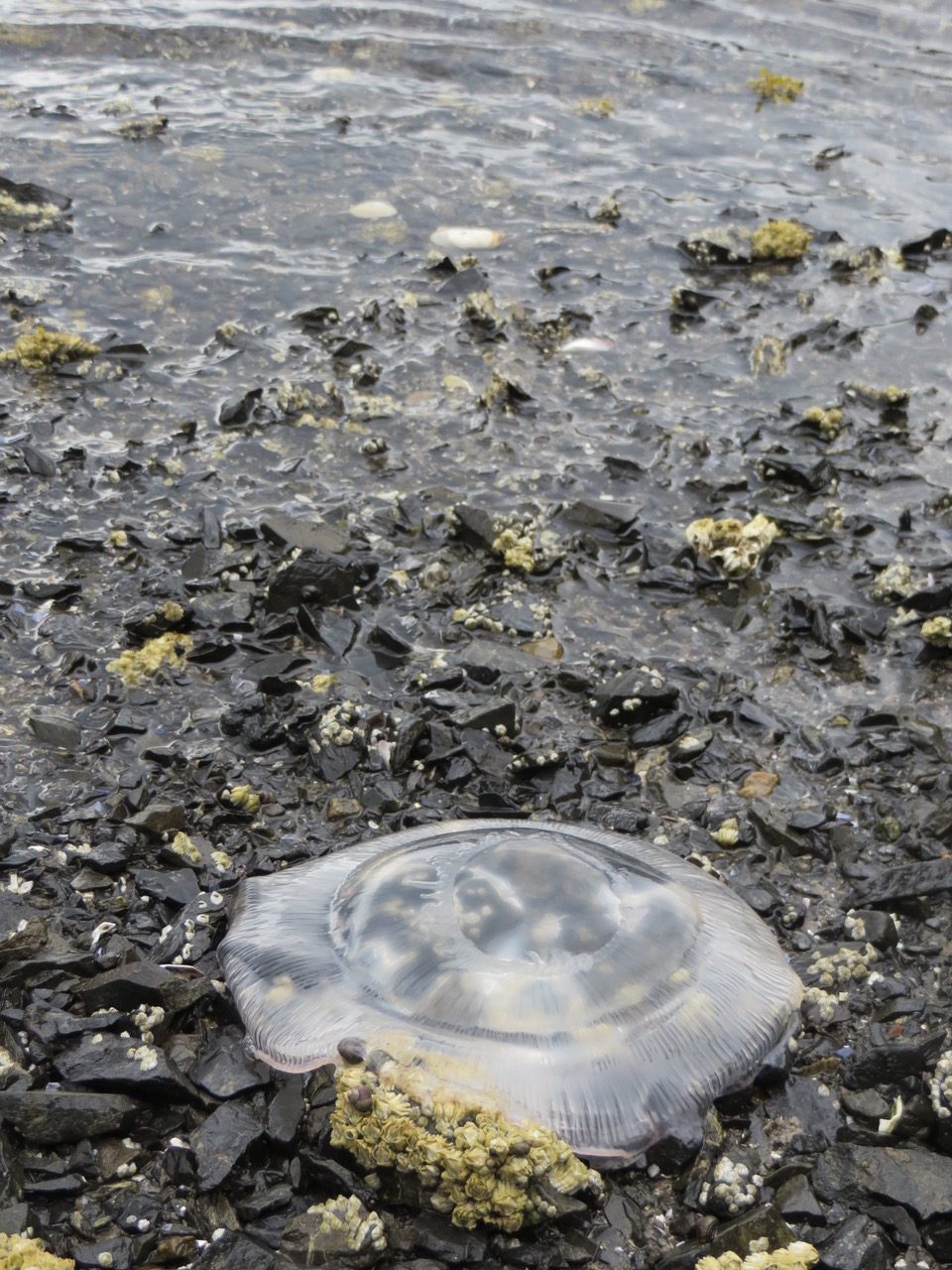 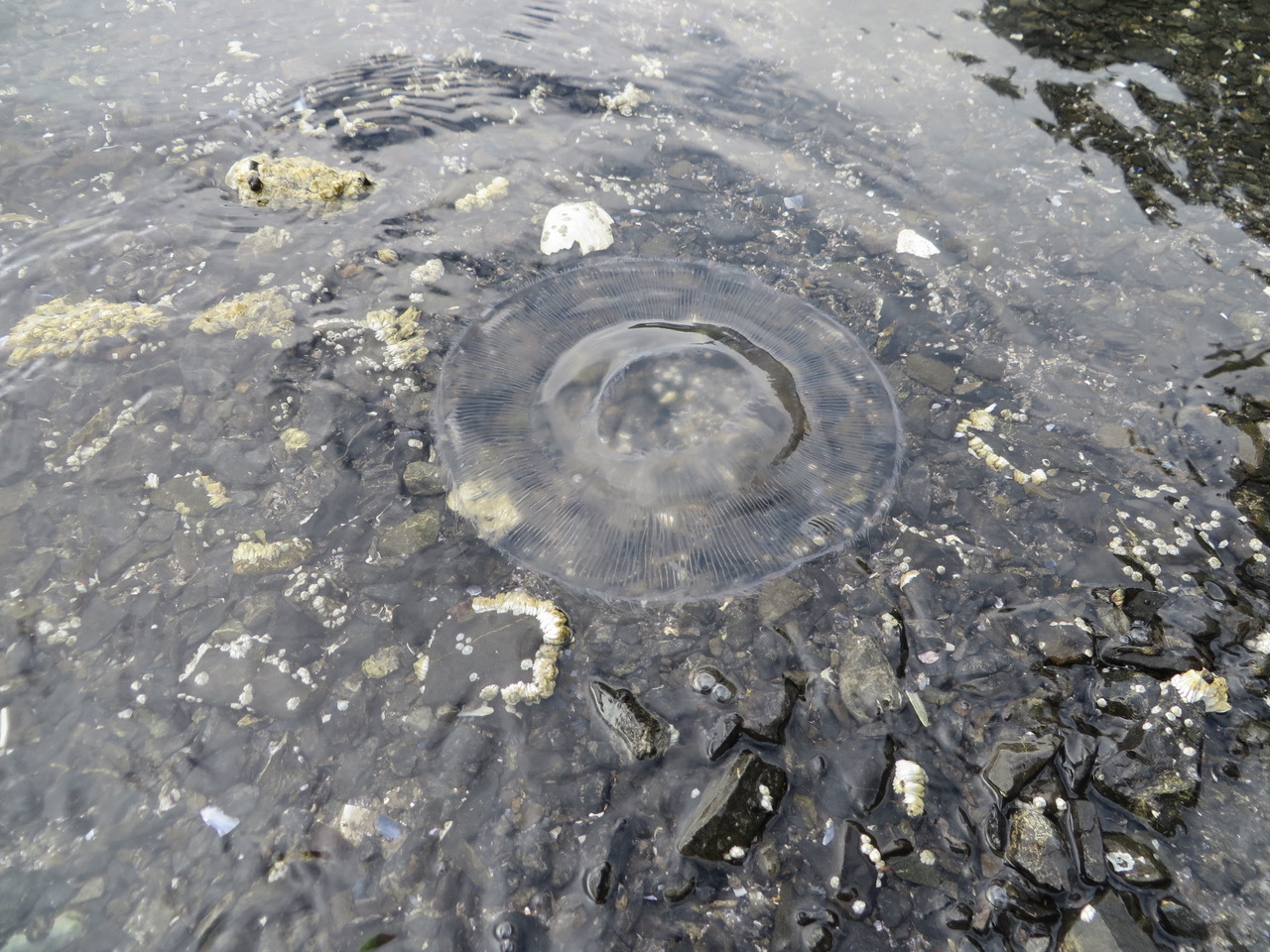 And a sort of anti-antidote from Igancio: “Find attached pictures of ‘Plastozilla’. I found this “monster” created to educate people about the risks of plastic waste in Oslo in mid July.” 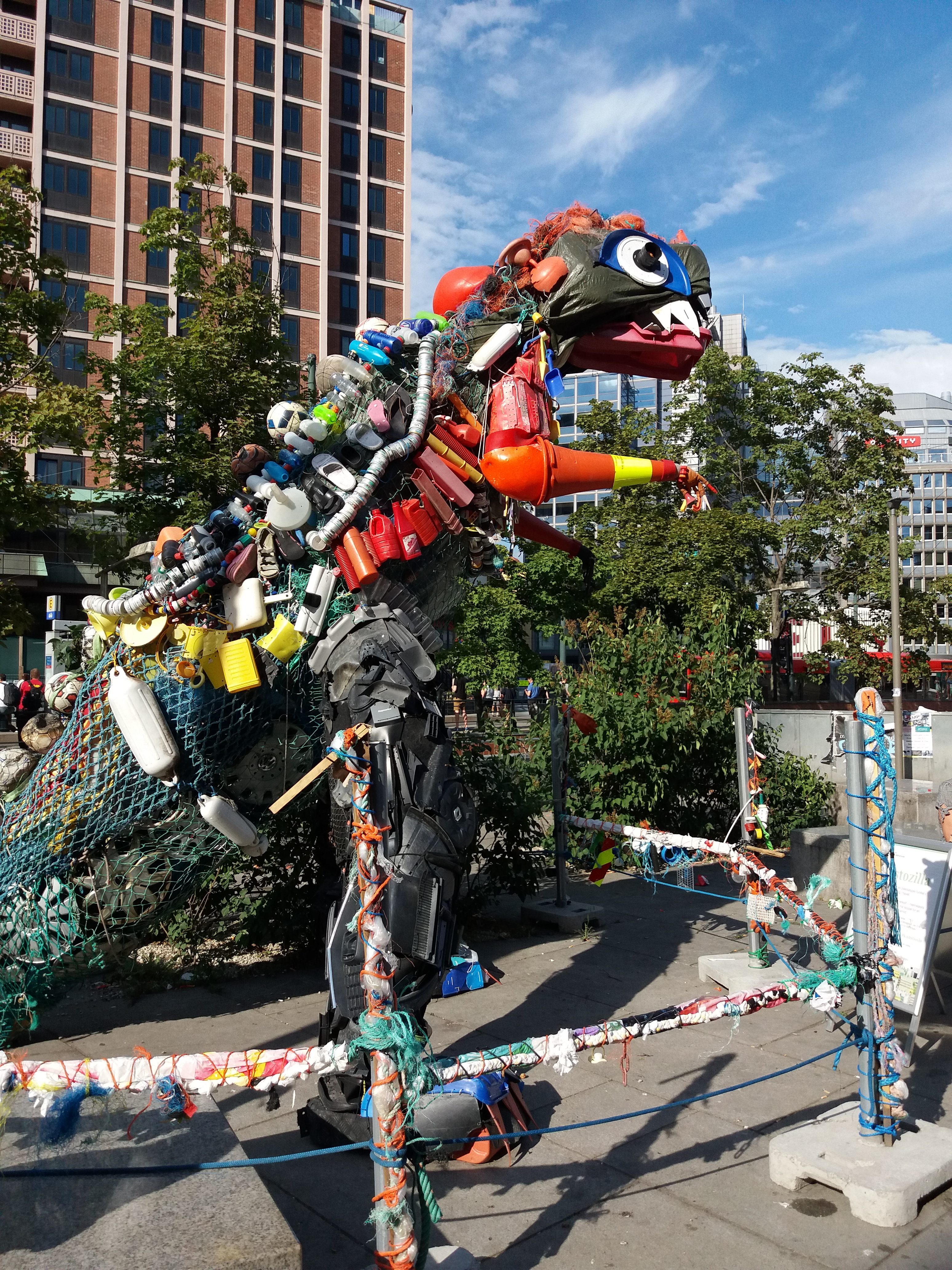