Patient readers, Yves apologizes for slim pickings in the original posts department, and pleads the stresses of travel and eldercare. –lambert

‘Too big to fail’ is alive and kicking The American Banker

$50 a month for 1Mbps: How AT&T and Verizon rip off DSL customers Ars Technica

By Tripling Its Stock Buybacks, Apple Robs Workers And The Economy Forbes

EU to explore Brexit deal on single market for agriculture Irish Times. Paragraph #2: “Such a move is likely to be welcomed by the Irish Government as it could overcome many of the potential difficulties at the Border after the UK leaves the EU. However, it would require the EU to move on some of its red-line issues, which it has not been willing to do until now.” So the exploration won’t go very far?

A New Wave Of Hardline Anti-BDS Tactics Are Targeting Students, And No One Knows Who’s Behind It Forward

Syria Sitrep – The Southwest Is Liberated – On To Idlib Moon of Alabama (KW).

Trita Parsi Trump’s offer to meet with Iran’s President Rouhani won’t get us a better deal. We had our chance and lost it. NBC

To understand China and its future, look to its past, social historian says South China Morning Post

Alleged Russian agent’s infiltration of GOP circles anything but subtle CNN. “She tended to brag about her ties to Russian intelligence when she was intoxicated.” Superb tradecraft!

Fake Facebook groups leave real activists feeling frustrated The Hill. I have always believed that no serious activist should ever use Facebook. Start with not controlling your own data.

Can a New Generation of Med Students Help Push Medicare for All? Pacific Standard

Why the super-rich are taking their mega-boats into uncharted waters Guardian (JT McPhee). JT McPhee: “So they can enjoy the last bits of beauty and wildness before their business models burn them…” Yeah, plus there’s not enough water on Mars for yachts.

The booming business of luxury chicken diapers The Outline

You’re on the verge of losing everything – but you don’t understand why BBC. From January, still germane.

The miracle of the United States Postal Service The Week 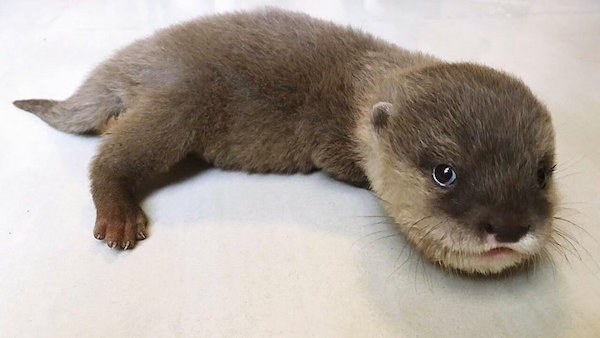