Observation of tool use in striped skunks: how community science and social media help document rare natural phenomena Ecospjere. Note that community science is an obvious use case for a Jobs Guarantee, with data to drive a Green New Deal.

Can’t Afford to Tell the Truth LRB. On the BBC.

British Politics in Chaos: Brexit and the Crisis of Representative Democracy Lee Jones, The Full Brexit

Theresa May’s pyrrhic victory puts Britain on the course for political catastrophe Daily Telegraph. “UK politics will remain in a nosedive, with the flight controls now firmly jammed and no functioning ejector seat. Barring a miracle, it is hard to see how Britain can avoid a full-on catastrophe: either no Brexit or another ultra-divisive referendum, the break-up of the Conservative Party, and a Corbyn government, or most likely a combination thereof.”

Parts of Scottish Brexit bill ruled to be outside Holyrood’s devolved powers The Scotman (ruling).

The anger of the ‘gilets jaunes’ Le Monde Diplomatique.

The French Protests Do Not Fit a Tidy Narrative Matt Taibbi, Rolling Stone

For Emmanuel Macron, How Did Things Get So Bad, So Fast? The Nation

The Yellow Jackets Versus the European Empire The American Conservative

Macron Should Take a Page From Obama to Deal With Protests Leonid Bershidsky, Bloomberg (CO). Macron (and Bershidsky) should look into the Domestic Security Alliance Council, which is how Obama “dealt with” Occupy.

The Detention of Huawei’s CFO is Legally Justified. Why Doesn’t the U.S. Say So? Lawfare

35 years after The Day After Bulletin of the Atomic Scientists

A ‘loud gong’: National Enquirer’s surprise deal could imperil Trump Politico. Full of “might” and “could,” though.

‘They don’t care’: Facebook factchecking in disarray as journalists push to cut ties Guardian. Film at 11.

The People, No Thomas Frank, The Baffler

Hundreds of sex abuse allegations found in fundamental Baptist churches across U.S. McClatchy. Not new for anybody who followed the Religious Right during the Bush the Younger’s administration.

“I blame myself”: Retirement remains out of reach for millions of Americans CBS

‘Transmissible’ Alzheimer’s theory gains traction Nature. “That the transmissibility of the amyloid-beta could be preserved after so many decades underlines the need for caution, says [Mathias Jucker at the Hertie Institute for Clinical Brain Research]. The sticky amyloid clings tightly to materials used in surgical instruments, resisting standard decontamination methods.” Yikes. 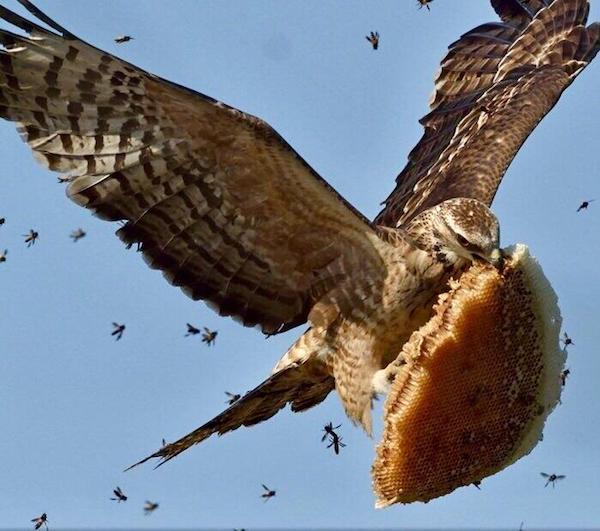 A hawk stealing a honeycomb. 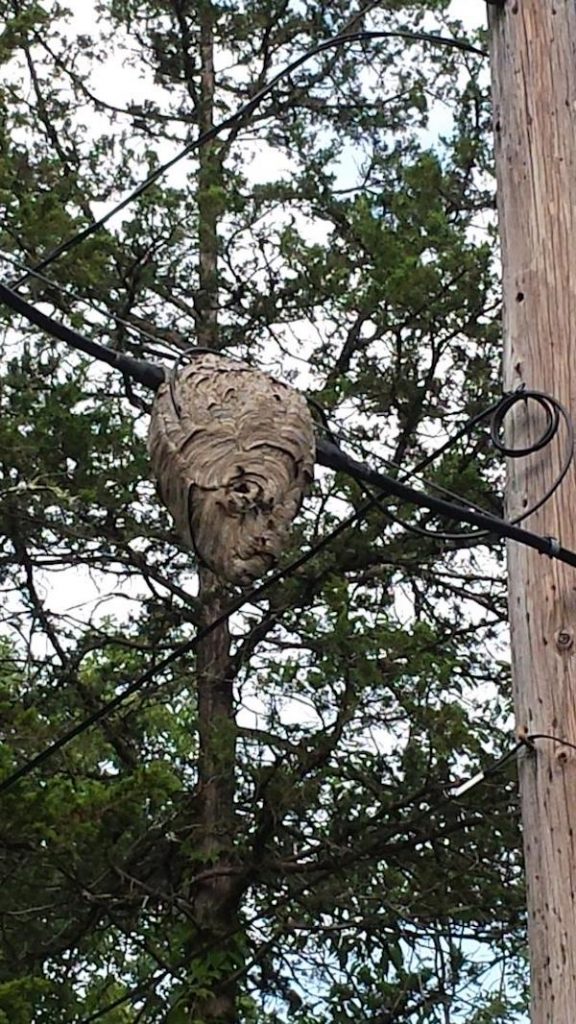 BB writes: “This massive hornets’ nest, suspended from a cable wire on the side of the road, was swarming with activity in early September! It’s the biggest one I’ve ever seen around here in upstate NY!”