Bowel movement: the push to change the way you poo Guardian

Is visiting a robot brothel ok? Most people say yes, if you are single New Scientist (Dr. Kevin)

The Trump-Xi Truce Questions That Are Leaving Markets Flummoxed Bloomberg

Yuan could become next battleground for Trump-Xi Asia Times

The government’s defeat on contempt was humiliating – but avoidable Guardian

The Brexit Debacle Jacobin (Anthony L). A troubling amount of cakeism here, like the idea that Labour could negotiate a better deal, plus the typical misrepresentation that the EU bars industrial policy (what do you think Germany has, with vocational secondary education and very strong tenant protections to lower housing costs of lesser-paid workers? Plus as we have discussed, the EU regularly allows state aid). It is frustrating to see the left be so unconcerned about accuracy and to ignore that small open economies in a world of globalization of labor and capital flows are not in a strong position and therefore don’t have wonderful choices as far as national sovereignity v. prosperity (see Dani Rodrik’s trilemma).

UK and EU must ‘wake up’ to risk of grounded flights after Brexit, airline body warns CNBC. I had thought the assurances that this was largely handled were not consistent with observable facts.

Google Personalizes Search Results Even When You’re Logged Out, a DuckDuckGo Study Finds The Verge

Trump administration recommends postal reforms that could raise rates, setting up fight with Amazon The Hill

Trump’s Timidity is Letting Comey Off the Hook Consortiumnews (UserFriendly)

IS THIS IT?: A TRUMP-HATER’S GUIDE TO MUELLER SKEPTICISM Vanity Fair (Scott)

What an inflated sense of self importance:

Please see my statement below regarding 2020. pic.twitter.com/ztCfZUY6hA

What Does Beto O’Rourke Actually Stand For? Current Affairs (UserFriendly)

UserFriendly: “Wana guess the reaction had Bernie said this? RACIST!!!!! Obama has Class!!!!!!!”

Joe Biden: “I’ve been there with 8 presidents as an elected official and none had more class and a greater sense of decency than President Bush.” https://t.co/sD5PFHEHHe pic.twitter.com/oYwILaxkjt

Those of you who like to talk about the demise of the dollar (which I don’t dispute will eventually happen but the idea that it is imminent is quite another matter) should ponder this item from Politico’s morning European newsletter:

EURO AMBITIONS: Look at this graph. It shows what a crisis like the Greek one can do to trust in a currency. The euro accounted for 44 percent of global payments back in 2012, with the dollar at 30 percent. In 2015, the picture had completely changed: 29 percent of globals payments were made in euro, 44 percent in dollar. By last year, the ratio was a somewhat more balanced 36 percent euro to 40 percent USD.

The graph comes from a report the Commission will release today and which Playbook has seen, titled “Towards a stronger international role of the euro.” The key gap the Commission identifies is the one between the EU’s economic strength and the use of the euro as a global currency.

NEARSIGHTED NEOLIBERALISM HELPED MOBILIZE TODAY’S FAR RIGHT Wired (UserFriendly). Important, but has an annoying ageist theme. Older people grew up with the New Deal and acutely feel its loss. This is a 10% v everyone else issue, not an age issue. Do you really think Mark Zuckerberg or any of the young tech squillionaires would implement better policies for the bottom 90% than the people now in charge?

Everyone loves Paul Volcker. Everyone is wrong. The Week (UserFriendly). Great piece. Wish I had written it.

Antidote du jour. Tracie H: “This little cutie (Pomeranian, I believe) was at the park near the San Clemente pier on Thanksgiving day, basking calmly in the sun – probably with visions of drumsticks dancing in his/her little head.” 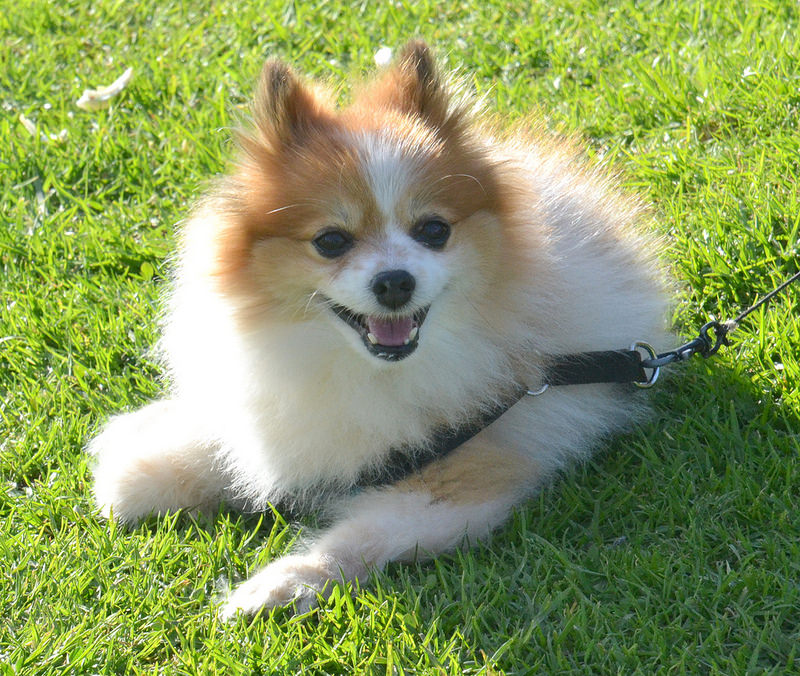