Yves here. Homer had this figured out long ago: “Beware of Greeks bearing gifts.” But the press has done a great job of presenting squillionaires trying to remake society along their preferred lines as disinterested philanthropy. 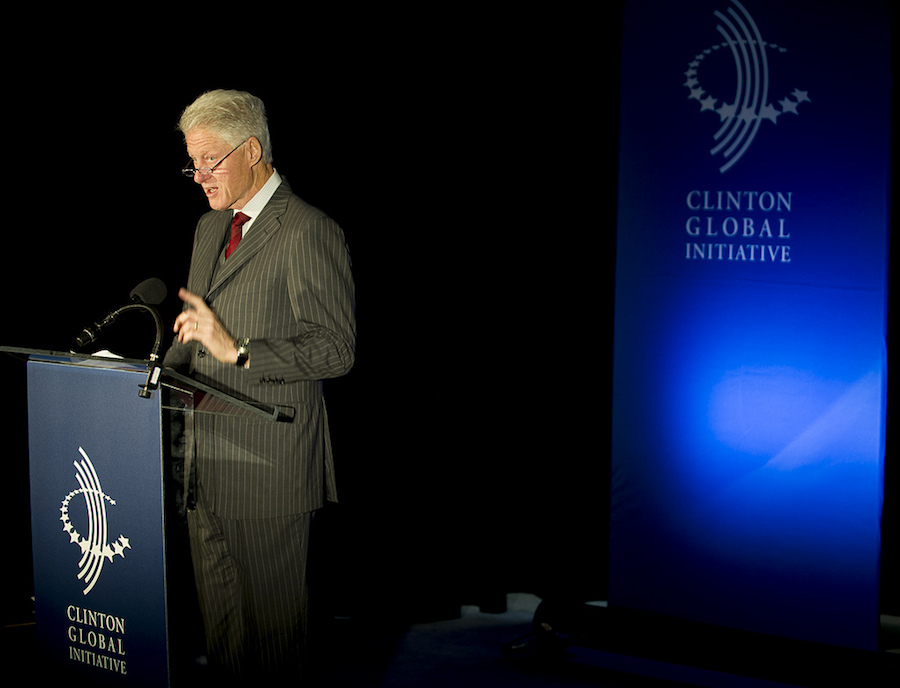 A new breed of wealthy do-gooders armed with apps and PowerPoints claim they want to change the world. But with their market-oriented values and often-shortsighted prescriptions, are really they going to change it for the better?

Or change it at all?

Anand Giridharadas, who has traveled first-class in the rarefied realm of 21st-century “philanthrocapitalists,” harbors serious doubts. In his acclaimed book, “Winners Take All: The Elite Charade of Changing the World,” the business reporter and former McKinsey consultant exposes the willful blindness of bright-eyed social entrepreneurs and TED-talking executives who, having drunk their own late-stage capitalist Kool-Aid, are now ready to serve us all. Compliments of the house.

British novelist Anthony Trollope once observed, “I have sometimes thought that there is no being so venomous, so bloodthirsty as a professed philanthropist.”

Legendary short seller Jim Chanos, who teaches business students to spot fraud, understands why: when he scrutinizes a company for signs of shady activity, one of the things he looks for is an uptick in philanthropy— a strategy business ethics professor Marianne Jennings has named as one of the “seven signs of ethical collapse” in organizations. Chanos refers to the ruse as “doing good to mask doing bad.”

Such cynical public relations gambits are familiar enough to New Yorkers using Citi Bike, the public-private bike share system funded by Citigroup, whose misdeeds helped spark the global financial crisis of 2007-8. Or visitors to the Sackler Gallery at the Metropolitan Museum of Art, named for the family whose members own Purdue, the pharmaceutical company that fueled America’s opioid crisis through deceptive marketing of the addictive painkiller OxyContin.

But another sort of deep-pocketed philanthropist is harder to pin down. The harm she causes seems less direct; her motives more lofty. This type is fond of touting “win-win” solutions to social problems and tossing out terms like “impactful” and “scalable” and “paradigm-shifting” —the kind of lingo fed to business school students in lieu of critical thinking. Members of this group nevertheless refer to themselves as “thought leaders.”

These would-be benefactors of humanity tend to like former president Bill Clinton, whose Clinton Global Initiative became the ultimate road show for eager converts to what Giridharadas calls the faith of “win-winnerism,” i.e. “I’m doing great in this racket, and so can you.” Inhabiting Silicon Valley start-ups, venture capital firms, think tanks, and consulting companies in large metropolitan areas, philanthrocapitalists speak reverently of global poverty, but rarely touch down in places like Appalachia or rural Mississippi.

They are people like John Mackey, the chief executive of Whole Foods Market, whose book “Conscious Capitalism” is the bible for those aspiring to the win-win faith. In his formulation, CEOs are not simply the heads of companies, but transcendent beings that find “great joy and beauty in their work, and in the opportunity to serve, lead, and help shape a better future.” Mackey’s philosophy is one in which the beneficiaries of commerce should dedicate themselves to social improvement because they are obviously the best equipped to do the job. The public is meant to humbly follow.

This last bit, as Giridharadas shrewdly points out, may be far more radical than the old trickle-down philosophy of yesterday’s winners, who lobbied the government to get out of their way so that the bounteous by-products of their cutthroat activities could descend unimpeded to the poor. The new winners want something even more audacious: to replace the role of government as guardian of the common good.

Giridharadas presents searching conversations with well-educated, often well-meaning people floating above and apart from the lives of ordinary Americans, wishing to ease their consciences but failing both to clearly see the problems of society and to notice, for more than a nagging moment, the ways in which their own lives are financed by the fruits of injustice. They end up embracing a warm-and-fuzzy vision of changing the world that leaves brutal underlying structures securely in place.

The author has said what few who have traveled in this world have said plainly, lest their passport be revoked: the efforts of philanthrocapitalists are largely disruptive, rather than beneficial, to public life.

You can see it in the kind of ideas they embrace. Lecture slots at Davos don’t get doled out for discussing the need to expand popular, time-tested programs like Social Security and Medicare that are proven to reduce poverty and economic inequality. Such sensible fare is not nearly “innovative” or exotic enough—and besides, it might require the wealthy to pay additional taxes. Better are schemes like universal basic income that tend to favor elite interests (such as continuing to pay workers inadequate wages) or creating technological solutions like the one offered in the book by a young win-winnerist: an app that charges workers to manage the unpredictable cash flow caused by erratic work schedules.

And what of campaigning to outlaw the exploitative business practice that causes the problem in the first place? Notsomuch.

Talking about victims plays well on the philanthrocapitalist circuit, but pointing out perpetrators is largely forbidden. You can wow the crowd by peddling for-profit schemes to help the poor, but you won’t get the same applause by calling to jail criminal executives. Yet, as Giridharadas makes clear, even the fanciest app will not erase the feeling among ordinary people that the system has been captured by a small group of the rich and powerful—a feeling that drives them away in disgust from establishment politics and makes them very angry indeed.

What the philanthrocapitalist has a hard time admitting is that meaningful structural change involves a lot more than an app and a PowerPoint. It means taking on financialized corporations that engage in stock market manipulation to enrich shareholders rather than investing in workers and products that are actually useful to human beings. It requires fixing a regressive tax system in which the wealthy pay less on their investments than working people pay on their earned income. It means empowering workers and taking on the coercive hierarchies of wealth and power that are locking into place a dual economy where the affluent become so removed from the struggles of the majority that they hardly speak the same language.

Antidemocratic and unaccountable, the new philanthropists emerge in Giridharadas’s cautionary book less as the solvers of social problems than the deluded enablers. The emperor may stand there in his organic underpants waving a pie chart, but in the court of public opinion, it is increasingly obvious that he’s not in the least interested in dismantling his own palace.